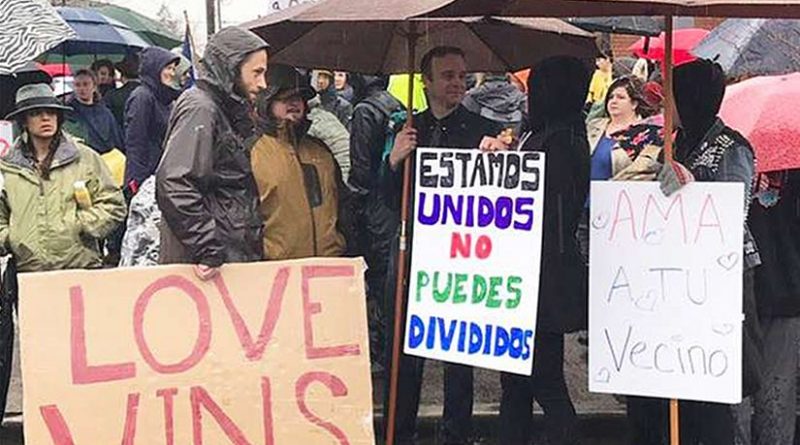 The rapidly changing realities of the Catholic Church in the U.S. bring a host of challenges and unknowns, but also great opportunities for evangelization and engagement, said experts at a gathering of Catholic leaders.

“The future of U.S. Catholicism is being forged in areas once not central to U.S. Catholic life,” said Dr. Hosffman Ospino, associate professor of theology and religious education at Boston College. “Are we paying attention?”

Dr. Ospino spoke at the “Convocation of Catholic Leaders: The Joy of the Gospel in America” event on July 2 in Orlando, Florida.

He explained to more than 3,500 attendees from parishes and Catholic organizations around the country how the face of the Church in the United States is rapidly changing. In particular, he pointed to the rapid growth throughout the nation, particularly in the South and West of Hispanic communities. He also noted swift growth of other faith communities, particularly Asian Catholic communities and, within some localities, communities of immigrants from Africa.

Among Catholics under the age of 30, those numbers are even more diverse.

To address these very shifts in American Catholic life, Catholics should imagine what the future of the Church will look like, Ospino said.

“What kind of community of faith will our children and grandchildren inherit?” he asked, encouraging Catholics in attendance to consider the best stories and guidance the Church can offer.

Ospino also suggested Catholics reimagine their relationship with the public square. He warned that the ‘culture wars’ which have been a marker of American discourse in recent decades have hampered, in some cases, the Church’s ability to speak effectively to communities on the margins.

“It has become impossible to speak about anything because one is expected to take an ideological position to make a point,” he commented.

“The Gospel, my friends, is not an ideology, to be a co-opted to advance an ideological position. The Gospel is a message of life and communion,” Ospino said to applause.

Catholics should look for other means of engaging and reaching these growing segments of the Church, and participate in the U.S. Bishops’ National Encuentro program as part of this engagement, he continued.

Dr. Ospino’s talk was followed by a panel discussion, describing the different ways the Church is growing and changing in the United States.

Jesuit Father Thomas P. Gaunt, SJ, executive director of the Center for Applied Research in the Apostolate at Georgetown University, explained that demographic changes in the United States do not apply just to Latino Catholics, but to all sections of the Church in the United States. He noted that populations of U.S. Catholic life are shifting away from the historic centers in the Northeast to booming job markets in the South and West. In addition, he noted, shifts are impacting African-American and Asian communities.

Meanwhile, according to CARA’s research, nearly a third of U.S. Catholics are not connected to a local church. While this disparity is a sign for needed improvement, Fr. Gaunt suggested that this gap can also be seen as a resource.

“How do we re-invite and re-engage them once more?” he wondered.

Kerry Weber, executive editor of America magazine, also pointed to these communities on the peripheries and noted that most of these communities have been engaged in the Church for decades or even centuries. The challenge for Catholic journalists, she said, is to show the diversity of the Church that has always been here.

Helen Alvare, professor of law at the Antonin Scalia Law School at George Mason University, pointed to the great strides the Church has made both in promoting its view of the human person in the public square and improving her own witness to the living out of respect for the human person in daily life.

On one hand, she said, “there is an embracing of the role of women in the Church and in the public square,” and embracing of men’s integral role in raising children in the home. Furthermore, “there is a huge emerging consensus that the Church’s beautiful way of marriage sex and the family is freeing for all people.”

However, there have also been challenges. She noted that in the past several decades, challenges to the family have been a major contributor to social inequality. In addition, she said, the Church has experienced “profound losses of ideas” and understanding of teaching.

She urged participants not to be afraid to share the Church’s message and vision for the human person – even as it confronts the messages and priorities of the secular world.

“Since when has the Church’s message anywhere not been scandalizing to the world?” she remarked.

At the same time, however, Catholics should articulate the fullness and meaning of the faith, and not rely purely on constitutional and legal arguments. “We have to tell them what we’re going to use our religious liberty for,” she insisted.

Franciscan Father Agustino Torres, CFR, works extensively with Latino youth in New York City and explained that Latino youth – one of the largest growing populations of Catholics in the United States, “don’t want just a program,” but an example of the Church’s message. He pointed to the Church’s teaching on love and sexuality as a concrete example of doctrine that youth can apply to their lives, finding Christ in the process.

Daniel Owens, who spoke with his wife Melanie on the powerful encounter of love provided in the Church’s message of chastity, echoed Fr. Torres’ insights, saying that he sees a “real opportunity” in sharing the message of the Gospel, and added that the Theology of the Body has the unique ability to speak to the questions many youth face today.

Outside of any specific program or message, however, Fr. Torres stressed the importance of encounter, particularly when reaching out to young people. Within many cultures, particularly Latino youth, young people feel torn between different cultures and identities asking for their attention.

“If the Church were to say ‘you belong here, this is your home,’ you’re going to get an army of missionary disciples,” he said.

Home » Demographics Change To Force US Church To Respond