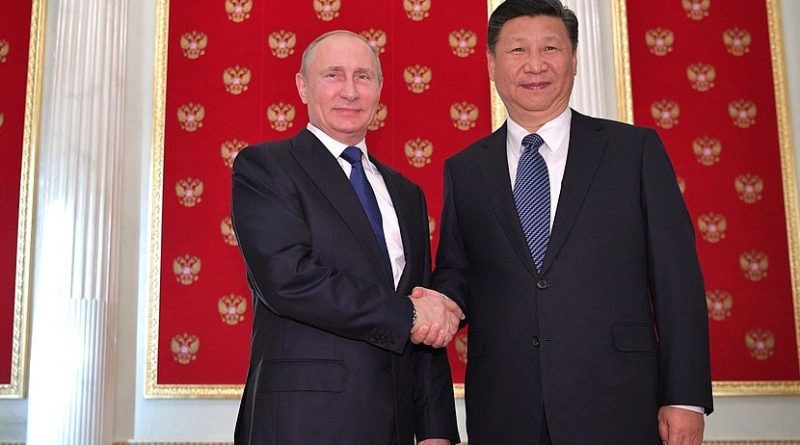 Xi arrived at the Kremlin for an “informal meeting” with Putin on July 3, with the main talks set to be held the following day, the Kremlin said on its website.

The two are expected to sign a raft of deals aimed at deepening ties between the two countries, whose geopolitical policies have faced staunch opposition from Washington.

U.S.-Russian relations remain mired in distrust and animosity over the conflicts in Ukraine and Syria, as well as Moscow’s alleged meddling in the U.S. presidential election last year.

Tensions between Beijing and Washington, meanwhile, have repeatedly flared over China’s territorial claims in the South China Sea.

Kremlin spokesman Dmitry Peskov said that Putin and Xi are set to meet with business leaders to strengthen economic cooperation between the two countries.

Home » Putin Welcomes China’s Xi At Kremlin Ahead Of Talks