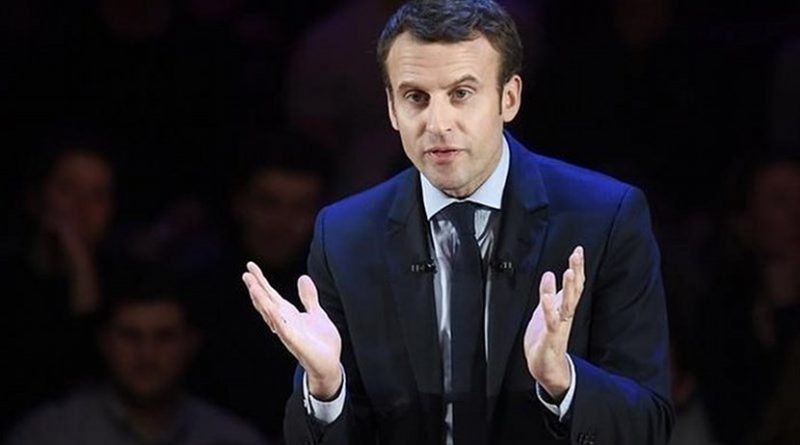 When Emmanuel Macron was elected, it seemed he wanted to differentiate himself from previous French presidents. He was a new breed of presidential candidate and so he would be a different president too. His movement, En Marche, had indeed differentiated itself from historical French political formations. This difference applied not only to his domestic policies, but also to French foreign policy. He offered a fresh approach to Europe and even more to the Middle East, where France has enjoyed historically strong and solid relations with the leading Arab countries.

It was, therefore, a surprise to the region, which was suffering and facing Iran’s negative interference in its domestic files, to see the French president take a softer approach toward Arab countries’ security and worries, even lightly taking the side of Tehran. From Iranian Foreign Minister Mohammed Javad Zarif’s surprise invitation to the venue of last year’s G7 summit in Biarritz to the repeated visits of his French counterpart Jean-Yves Le Drian to Tehran, and with less communication with leading Arab countries, this all came as a new French approach to the Middle East.

It is, in principle, an inheritance of former US President Barack Obama’s vision. In this view, Iran has been isolated and circled for too long and so an engagement with the country would change its behavior and make the region and the world safer. Yet, as Obama secured the nuclear deal in 2015 without tackling other regional concerns, such as Iran’s missile program or its interferences in its neighbors’ domestic affairs, the Tehran regime was emboldened. It carried out even more negative interference and pushed for full dominance in key files such as Iraq and Lebanon, and a bigger involvement in Yemen. Although Obama’s intentions were good, the nuclear deal failed to make the region safer on the ground. Instead it promoted instability and Arab countries ended up paying a heavy price for this mistake. Lebanon and Yemen are now the main, helpless victims of this Iranian escalation.

However, for Macron, it was not only about proving his difference — there was also the objective of maximizing French companies’ share of the Iranian business boom created by the partial lifting of sanctions. And, as President Donald Trump took the decision to withdraw the US from the nuclear agreement, Macron saw this as a good way to kill two birds with one stone. First, to continue his appeasement of Tehran, which would put French companies in a good economic position. And, second, to present himself as an independent voice from the US and extend this to other files, such as climate change.

Yet, even faster than Obama, the French president was hit by the realities of the Middle East. For one, despite all the mediations, he was not able to create a new nuclear deal to prolong the economic benefits for French companies. This was mainly due to the refusal of Iran to include key regional issues in the deal. Meanwhile, the Iranian regime’s repression of protests forced Macron to shift his position and even cancel a planned trip to Iran.

As much as we want to show good faith and extend our hand to the Iranian regime, it seems that, unfortunately, it does not want friendly and positive bilateral relations — it only seeks dominance and blackmail. Arab countries had warned of this situation, as they would like nothing more than to have good relations with Iran — and also Turkey for that matter — yet their advice was disregarded and considered biased. Egypt, the UAE and Saudi Arabia have all, sometimes in coordination with the US, tried several times to launch initiatives to reach good relations with Iran, but they all failed. Any Arab official will tell you that, on paper, Iran is a country they all seek to have prosperous and transparent relations with: It has a rich history, gifted people, and a potentially large and diversified economy, with many synergies and opportunities to explore. Yet, when it comes to reality, it becomes impossible. As a clear example, when Egypt opened its doors to Iranian tourists after the fall of Saddam Hussein, the first group of visitors was exclusively composed of members of the Islamic Revolutionary Guard Corps, whose primary objective was to organize groups around Egypt’s historical Fatimid sites.

Macron’s focus on a breakthrough with Iran blinded the French to other important foreign policy issues. Like Obama, Macron disregarded the Syrian file to appease Iran and lost ground there. Most importantly, he also did not foresee or react to Turkey’s growing role in other files such as Libya, where France and Italy were busy countering each other behind the scenes. France is now waking up to the risks of instability on the southern Mediterranean coast, as well as the eastern door to Europe, which Arab countries have long warned of.

It is, therefore, not surprising to see France, Egypt, the UAE and Saudi Arabia on the same side of the Libyan file and Paris going back to its historical and expected policy in the Middle East. It is not because of the French deep state, as some analysts described it, but because it is the right policy.

The answer to all these problems is not French; it is European. It seems that Germany and Italy are also pursuing their own objectives, striking deals when needed to ensure benefits for themselves. I would go as far as saying that this is the true risk for Europe, even more than Brexit. Europe was able to build the world’s second-largest economic zone after the US but, if it does not unify its political vision — of which foreign policy is an important component — it risks dissolution. In this aspect, Libya and Turkey’s role in it are only the tip of the iceberg.

Europe will need to preserve and strengthen the Western alliance while considering a changing role for the US, which will be less prone to coming to its rescue in the coming years. This means being able to strike a balance between US and Russian interests. It is an even more difficult balancing act than the failed attempt with Iran, yet it could have extremely positive consequences for Europe and the Middle East. Macron’s upcoming visit to Moscow will, therefore, be important for Europe and for NATO, and it could determine whether he is indeed a different breed of president.