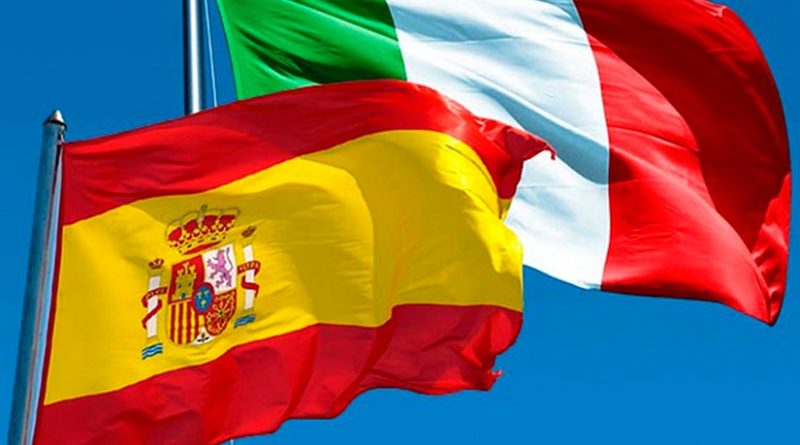 Flags of Spain and Italy.

Borrowing rates in Italy touched a new euro-era high Wednesday, raising concerns the continent’s third-largest economy could be on the verge of a Greek-style financial crisis.

In a volatile day of trading, Italy saw its 10-year borrowing rates soar above 6 percent.

Prime Minister Silvio Berlusconi is scheduled to address the Italian parliament on the state of the economy after the markets close for the day. A multi-million-dollar austerity package passed last month with the goal of balancing the budget by 2014 has done little to calm market fears.

Italy’s economy minister, Giulio Tremonti, met for emergency talks with Jean-Claude Juncker, the chairman of the eurozone finance ministers. But they had little to offer in the way of solutions, other than the promise to continue their mediation.

The concern is that the eurozone crisis is widening beyond the shaky finances of Greece, Portugal and Ireland, which have all received bailouts from the European Union and the International Monetary Fund.

But the economies of Italy and Spain are each twice as big as those three countries combined, and Italy has a public debt that stands at 120 percent of its economic output – well above the EU limit of 60 percent.