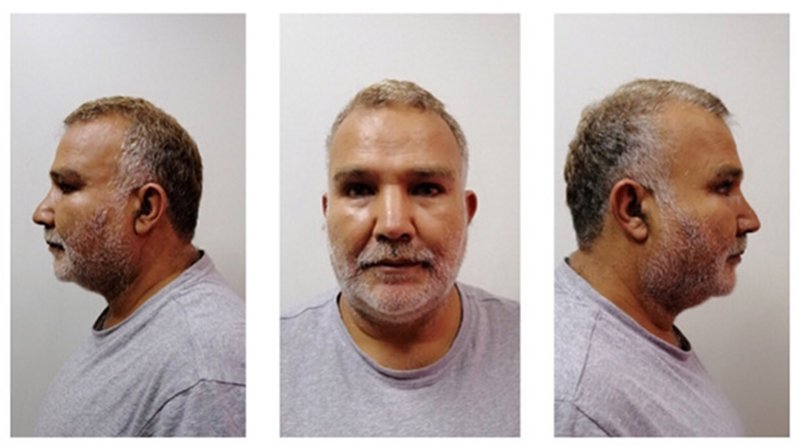 Government forces in the southern Philippines have captured and will deport a Jordanian national believed to be an al-Qaeda militant operative who had worked for the brother-in-law of Osama bin Laden, immigration and police officials announced Thursday.

The suspect, identified as Mahmoud Afif Abdeljalil, used a fictitious name and had falsified documents to enable him to live in southern Zamboanga city, connect with local militants and finance militant activities, according to authorities. The city is near Basilan and Sulu islands, Philippine hotbeds of militancy that have seen a recent spike in terrorist violence.

Abdeljalil, 51, had previously been arrested and deported from the Philippines 16 years ago, but there was no official record of when he returned to the south, authorities said. Philippine officials had earlier said they they were on the lookout for at least seven militants suspected of plotting attacks on government targets in the southern region.

“We are going to deport him for being an illegal entrant as he has no record of arrival, after he was arrested and deported in 2003 for being an undesirable alien,” Immigration Commissioner Jaime Morente said.

Maj. Helen Galvez, the spokeswoman for regional police, said Abdeljalil was arrested after a joint police and military task force raided his apartment in Zamboanga on July 4.

Galvez said the illegal alien was arrested under the Immigration Act on suspicion of being “an illegal entrant, [and] undocumented and undesirable alien.”

The suspect worked with Mohammed Jamal Khalifa, a late Saudi businessman who was married to one of bin Laden’s sisters, according to Morente who cited information passed on by international intelligence operatives.

Khalifa, who was killed in Madagascar in January 2007, was known to have funneled money to Abu Sayyaf militants in the Philippine south, officials said. Bin Laden, a Saudi national and leader of the al-Qaeda network that carried out devastating terrorist strikes in New York and Washington on Sept. 11, 2001, was killed during a raid by U.S. special forces in Pakistan nearly a decade later.

The Abu Sayyaf Group (ASG) is the smallest but fiercest of Philippine extremist groups. It is known for mass kidnappings and beheadings of foreign hostages in the south. Time and again, the group has resurfaced in that region despite the military’s claims that it had decimated ASG.

One of the group’s leaders, Isnilon Hapilon, was considered the leader of the Islamic State militant branch in the Philippines. He planned and led a five-month militant siege of southern Marawi city in 2017, which also involved Arab militants and fighters from neighboring Southeast Asian countries. Hapilon was killed at the end of the battle of Marawi in October 2017.

He was replaced by Hatib Hajan Sawadjaan, a little-known ASG commander who allegedly plotted and carried out deadly terrorist attacks in Jolo, the capital of southern Sulu province, earlier this year.

A suicide bombing at a local church in in January, which authorities said was carried out by an Indonesian couple, killed 25 people, including the suspects. In June, two other bombers linked to Islamic State detonated explosives outside a military camp on Jolo Island, killing themselves and six others.

After his latest arrest, Abdeljalil was in interrogated in Manila and provided officials with information that could lead to more arrests of militant suspects, an intelligence official who asked not to be named told BenarNews.

Abdeljalil’s arrest may be linked to the recent arrests in Zamboanga of three Pakistani nationals, according to the source.

Philippine authorities identified one of the three, Waqar Ahmad, as being a suspected member of the local branch of IS as well as a suicide bomber.

During questioning Abdeljalil said he had returned to the Philippines in 2007, four years after he was a deported for having an expired visa and involvement in “clandestine terrorist activities” as a Palestinian using the name Mahmood Afif, the intelligence source said.

It was not known how he gained entry but, the source said, Abdeljalil was already on the local military’s radar after he was flagged down at a military checkpoint in Zamboanga in August.

After Khalifa’s death in 2007, Abdeljalil is believed to have carried on with extending financial support to Abu Sayyaf by using several mosques and madrassas – or Islamic boarding schools – as fronts for funneling in money sent by the militants’ supporters from abroad.

“Three years after he was deported, the Bangko Sentral ng Filipinas reported [freezing] Khalifa’s bank accounts and financial assets to prevent funds from being laundered further to the said terrorist groups,” the immigration bureau said.

Jeoffrey Maitem and Mark Navales contributed to this report from Cotabato City, Philippines.