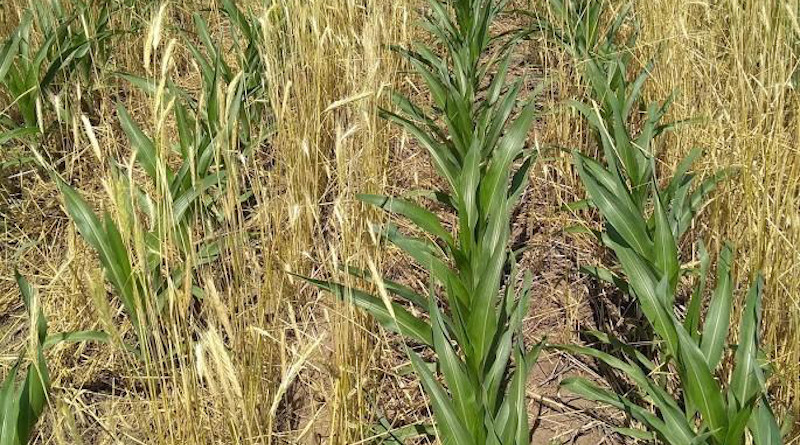 Winter cover crops benefit soil health and can suppress weeds in subsequent row crops but may also lead to lower yields. Some farmers and agronomists speculate that allelopathic chemicals released by cover crops may be the cause for some of the observed yield reductions, but cause-and-effect relationships are rarely established. We know that allelopathic cover crops inhibit weed seed germination and early growth, but do they also impact row crops?

Only seven studies met the criteria for inclusion and six of them were lab studies. Corn and wheat germination and root length were sometimes impacted by allelopathic chemicals from cereal rye and other cover crops, but soybean was unaffected. One field study reported reduced cotton performance due to allelopathic cover crops.

Researchers could not establish clear cause-and-effect relationships for row crops grown in the field due to the limited number of studies. However, with the increase in cover crop acreage and constantly evolving management practices, research to identify risk factors for allelopathic impacts and how to avoid them is needed.