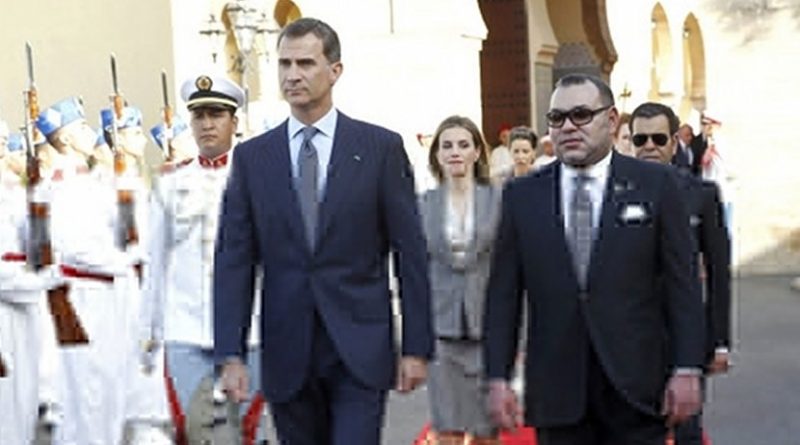 Morocco’s West-Africa-to-Western-Europe commercial transportation corridor is redefining the geopolitical parameters of the global scramble for Africa. Morocco has surpassed Spain and is poised to become the dominant maritime hub in the western Mediterranean. Morocco is now the geopolitical gatekeeper in a new global competition for manufacturing value chains, connecting West Africa to Europe in which the Middle East and China are vying for a role in this emerging commercial nexus.

French-led European manufacturing predominates in Morocco but France remains bereft of European partners willing to play a strategic role in the country’s infrastructure development. This gap provides Beijing with an opportunity to expand its role in Morocco’s infrastructure development to re-orient manufacturing value chains toward China’s Belt and Road Initiative. Africa-to-Europe value-chain configurations resulting from China’s management of its relationship with Morocco and Rabat’s other foreign partners will influence the shape of this commercial architecture.

China’s role in Morocco’s infrastructure development has been pivotal since Moroccan King Mohammed VI’s May 2016 visit to China when the two countries signed a strategic partnership agreement and over 15 public–private partnership agreements. These agreements accelerated relations that developed following the 2014 Moroccan–Chinese Investment Forum.

Focusing on the transportation, energy and real estate sectors, Chinese investments and contracts in Morocco between 2014 and 2019 totalled US$1.26 billion. In 2016, China Railway Major Bridge Engineering Group completed construction of a 950-metre bridge between Rabat and Sale, the longest in Africa. The US$32.5 million King Mohammed VI bridge is testament to the constructive potential of Sino–European–Moroccan cooperation.

Beijing was poised to assume a preeminent role in Morocco’s infrastructure development with China’s Sichuan Haite High-Tech Group’s construction of the Mohammed VI Tangier Tech City. The US$10 billion project was intended to become the engine of Morocco’s economic transformation. It was slated to be an industrial hub attracting 200 multinational firms and 100 Chinese corporations, providing China an opportunity to establish a production base in Morocco.

But the Tangier Tech City quickly went off track. Ilyas El Omari, head of Morocco’s Tangier-Tetouan-Al Hoceima region, explained that ‘there were disagreements on the ownership of the City among other issues. Our partners are Chinese but this does not mean that the city belongs to [them]’. Following Sichuan Haite High-Tech Group’s withdrawal, the China Communications Construction Company (CCCC) took on construction of a scaled-down version of the project. Despite this, ownership disputes remain.

The prospects of success for Chinese investment in Morocco hinge on how Chinese companies integrate into existing manufacturing chains or choose to create new ones. Morocco’s successful automotive industry highlights the potential and the pitfalls for China’s integration.

Morocco’s vehicle production is led by French manufacturers Renault and Groupe PSA. Some Chinese manufacturers are using Groupe PSA’s new car manufacturing plant in Kenitra to integrate into French-led value chains. Following Groupe PSA’s 2019 unveiling of its development plans, China’s Nanjing Xiezhong Group announced it would construct a US$15 million facility in Kenitra to supply air conditioners to Groupe PSA. China’s CITIC Dicastal likewise announced it would open a plant in Kenitra. CITIC Dicastal is a global leader in aluminium cast automotive components and its plant will have the capacity to supply six million pieces annually to PSA Groupe.

For many Chinese companies like CITIC Dicastal, their Moroccan plants are their first in Africa. Most Chinese firms in Europe work through Germany but Morocco’s emerging industries primarily participate in the French industrial system.Chinese companies generally have experienced difficulty integrating into French-led value chains. The ability of CITIC Dicastal and the other Chinese companies to develop African operations integrated into French-led value chains is facilitated by Groupe PSA’s joint-venture relationship with Chinese automaker Dongfeng Motor Corporation.

While some Chinese firms are showing success at integration, China also has an opportunity to set up its own industrial chain as Morocco attempts to attract more automakers to reach its 2025 goal of producing one million cars annually. In 2017, China’s electrical vehicle manufacturer BYD Auto inked a deal to build a 2500 person plant to become Morocco’s third automaker. But designated for the troubled Tangier Tech City, the project’s implementation has been bogged down with delays.

Morocco’s efforts to diversify its strategic relationships beyond its Western and Arab partners has engendered significant openings towards China. This presents Morocco an alternate framework for commercial relations in its region and a new source of foreign direct investment. But the extent to which this potential will be realised will also depend on China’s relationships with Morocco’s Middle Eastern neighbours, the Arab Gulf states.

Source: A version of this article appeared at East Asia Forum