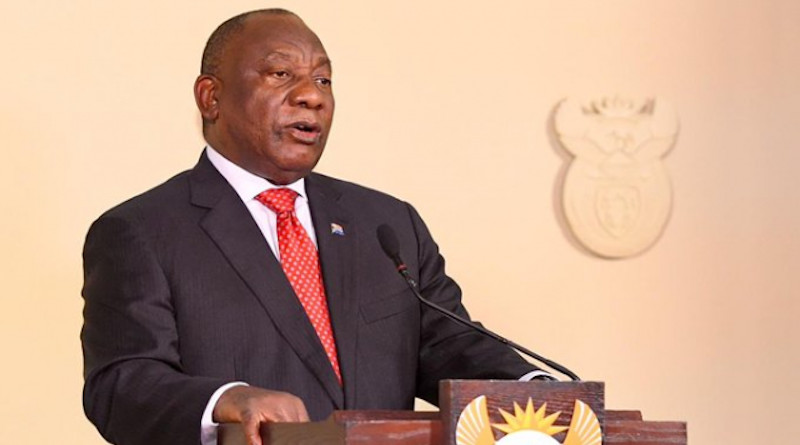 After a rapid rise in COVID-19 infections over the last two months, the daily increase in infections appears to be stabilising, particularly in the Western Cape, Gauteng and Eastern Cape.

“While it may be too soon to draw firm conclusions, this suggests that the prevention measures that South Africans have implemented are having an effect,” said President Cyril Ramaphosa in a statement on Saturday on progress in the national Coronavirus response.

South Africa has recorded more than half a million confirmed cases of Coronavirus. Of the cumulative total of 503 290 cases, 342 461 people have already recovered and 152 676 cases are currently active.

“The global Coronavirus pandemic is the most serious public health crisis that the world has faced in over a century. On every continent, nations have struggled to contain the spread of the virus and to contend with its effects.

“In our own country, 8 153 people are known to have lost their lives, and the actual number of deaths due to the virus is likely to exceed this figure. We deeply mourn this loss and offer our sympathies to the families and friends who are in grief,” said President Ramaphosa.

He said South Africa’s recovery rate is currently around 68%. The case fatality rate – which is the number of deaths as a proportion of confirmed cases – remains at 1.6%, significantly lower than the global average.

For this, the President said he was grateful to the work of health professionals and the innovative treatments they have pioneered.

“Before the advent of the epidemic in South Africa, government set in motion a strategy to respond swiftly and comprehensively to protect as many lives as possible.

“The national lockdown succeeded in delaying the spread of the virus by more than two months, preventing a sudden and uncontrolled increase in infections in late March.

“Had South Africans not acted together to prevent this outcome, our health system would have been overwhelmed in every province. This would have resulted in a dramatic loss of life,” said the President.

Preparing for peak in infections

He said over the past few months, government has undertaken an unprecedented mobilisation of resources to prepare the country for the inevitable increase in cases.

In every province, hospitals were reorganised and readied to manage an influx of patients. Government provided training for health personnel, distributed large quantities of personal protective equipment and put in place systems to monitor outbreaks and respond quickly.

Field hospitals have been constructed across the country, including in Cape Town, Johannesburg, Nelson Mandela Bay and Pietermaritzburg. These facilities continue to be essential in providing adequate care to those who need it.

“In certain cases, these efforts were not enough. Several public hospitals in the Eastern Cape were overwhelmed as infections rose in the province, and a specialist team has been deployed to address this challenge.

“In other provinces hard-hit by the epidemic, including the Western Cape, Gauteng and KwaZulu-Natal, the health system has so far had sufficient capacity to cope with the number of admissions.

“This is a testament to the efforts of doctors, nurses, public health specialists and others who have worked hard to prepare for this moment. We need, however, to continue with these efforts to further increase the capacity of our health facilities,” said President Ramaphosa.

Additional facilities, equipment and personnel are being deployed in provinces still experiencing an increase in infections.

Innovative use of South African skills and capabilities

During this month, the National Ventilator Project will deliver 20 000 locally-produced, non-invasive ventilators to where they are most needed.

A dedicated team drawn from several institutions, led by the Biovac Institute, is preparing to manufacture doses of a successful vaccine locally.

The President said they were working hard to fix the logistical and other problems that have led to a shortage of personal protective equipment for health workers and other frontline staff in several parts of the country.

“We understand the concerns and the frustrations of these essential workers and are committed to resolving this issue with the greatest urgency,” he said.

He added that law enforcement have been empowered to investigate all reports of alleged corruption and irregularities in the procurement of medical and other supplies. “It is unconscionable that there are people who may be using this health crisis to unlawfully enrich themselves.”

Prevention through individual and collective action

However, the President said while there are promising signs, now was not the time to let your down guard.

“We have to continue to work together to reduce the number of new infections. We must maintain our vigilance until we have no more Coronavirus cases in our country. If we do not do so, there is the risk of a resurgence in those areas where the virus has now begun to stabilise,” he said.

As with many other countries across the world, South Africa needs to continually adjust the measures taken to prevent new outbreaks or to safeguard the health system.

“We have already seen, for example, that the suspension of alcohol sales has significantly reduced the trauma cases in our health facilities. While these changes can be disruptive to people’s lives and to the economy, it is necessary that we adapt to the changing path of the disease.”

President Ramaphosa urged the public to continue to wear a mask correctly, keep a distance of two metres from other people, and wash hands regularly.

“I call on every South African to remain strong and steadfast in these most difficult times,” he said.