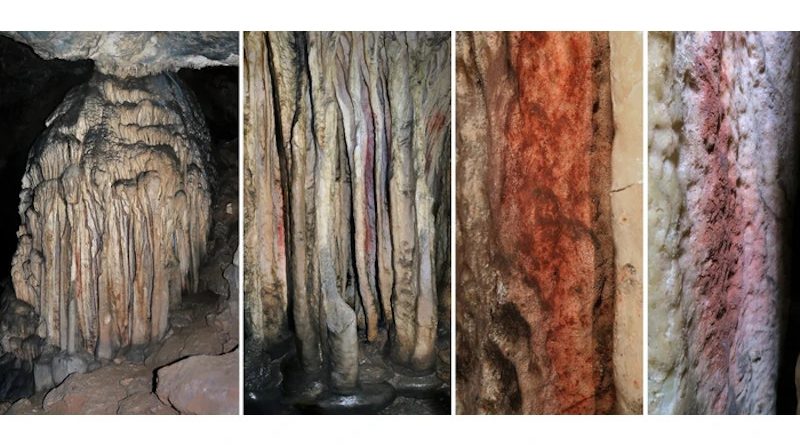 The origin and date of appearance of prehistoric cave art are the subjects of ongoing debate. Spain’s Cueva de Ardales is one point of discussion. There a flowstone formation is stained red in places. This colouring is apparently almost 65,000 years old but until now, a part of the scientific community attributed it to a natural coating of iron oxide deposited by flowing water.

However, that hypothesis has just been rejected by the findings of an international team of scientists including a CNRS researcher.

The team members analysed samples of red residues collected from the flowstone surface and compared them with iron oxide–rich deposits in the cave. They concluded that the ochre-based pigment was intentionally applied, i.e. painted—by Neanderthals, as modern humans had yet to make their appearance on the European continent—and that, importantly, it had probably been brought to the cave from an external source.

Furthermore, variations in pigment composition between samples were detected, corresponding to different dates of application, sometimes many thousands of years apart. Thus, it seems that many generations of Neanderthals visited this cave and coloured the draperies of the great flowstone formation with red ochre.

This behaviour indicates a motivation to return to the cave and symbolically mark the site, and it bears witness to the transmission of a tradition down through the generations. The scientists’ findings have been published in PNAS.