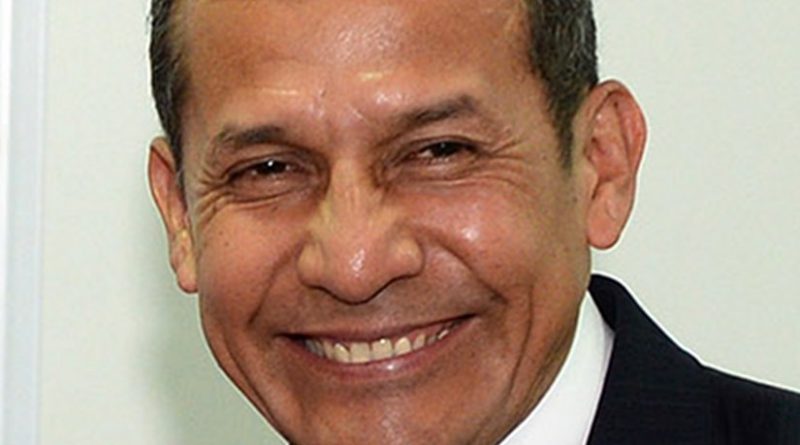 The election of Ollanta Humala as president of Peru in July 2011 set off alarms among his opponents. Humala had campaigned on a platform of left-wing nationalism and indigenous rights, and had opposed the controversial Conga project owned by Yanacocha, an open pit mine in the region of Cajamarca. Majority owned by Newmont Corporation based in Denver, Colorado, the project has been the largest foreign investment project in Peruvian history. Following the election, Humala’s detractors were convinced that, as a “socialist” in the mold of Hugo Chávez, he would surely wreck the Peruvian economy. As news of his victory broke, the Peruvian stock market took its greatest single-day plunge in history with the largest decline occurring in mining stocks.

Three years later, Humala’s troops now tromp regularly through the streets of Cajamarca in the early hours of the morning, a warning to protestors. What happened?

Exodus of the Left

Soon after inauguration, Humala had taken action on his promises. He signed the law of “Prior Consultation” requiring companies to negotiate agreements with indigenous communities before building mines or oil wells on their lands. The law was a response to social unrest over the adverse effects of mining and energy development – overuse of scarce water supplies, environmental contamination, and the loss of land rights in indigenous communities. Humala also signed several bills to raise taxes and royalties on mining companies and vowed to use the proceeds to build roads, schools, and public services in poor areas.

Soon, however, progressives in his cabinet began exiting. The first sign of trouble came in October 2011 with the abrupt dismissal of Raquel Yrigoyen, president of the Institute for the Development of Indigenous Peoples. Yrigoyen had dared to oppose a concession made to Argentine gas company Pluspetrol that allowed it to operate in a reserve for uncontacted tribal peoples arguing that the action would violate U.N. standards for the protection of isolated indigenous peoples and endanger the lives of those in the reserve. After her dismissal, Pluspetrol moved forward with its plan.[1]

In November 2011, residents of Cajamarca and nearby Celendín, site of the Conga project, began holding rallies and marches to protest the expansion. In hopes of avoiding a mass strike, Prime Minister Salomón Lerner had met with the Regional Council in Cajamarca. Nonetheless, the Council, led by Gregorio Santos, unanimously passed an ordinance declaring the Conga project unsustainable. In addition, the headwaters, which had been slated for destruction, were brought under regional protection.

Humala’s next move was to declare a state of emergency in Cajamarca and three other provinces, thereby criminalizing protests and allowing arrests to be made without warrants. As Yanacocha announced the suspension of the project, the military marched in and arrests began to take place. Stunned by this turn of events, Prime Minister Lerner resigned in December 2011. With this, the entire cabinet stepped down as required by law and a thorough purging took place. Over half the cabinet positions were replaced, including the Ministers of Environment, Culture, and Women and Social Development. Referring to Conga, Minister of Environment Ricardo Giesecke later stated, “The people are completely justified.”[2] Even the centrist party led by former president Alejandro Toledo, refused to continue in the government. Among those retained was Finance Minister Luis Miguel Castilla, a former World Bank official firmly committed to pro-growth, pro-investor policies.

In spite of the crackdown, protest actions continued through the following year. Thousands of Cajamarcans and others around the country marched to the capital to demand new restrictions on mining. These included a ban on the use of mercury and cyanide in mining, a ban on mining in headwaters, a constitutional right to drinking water, a moratorium on mining concessions, and the (“use” or “application” of the law) of prior consultation.[3] By July 2012, 250 protests regarding oil, water, and mining had been criminalized, a number of movement leaders were arrested, and five lives were lost in clashes with the police. Humala portrayed movement activists as “extremists” who were standing in the way of the country’s progress.

In May 2013, the law of Prior Consultation, which had not yet been applied, suffered a blow. An amendment to the law excluded Quechua-speaking people, the most numerous and widespread indigenous group in Peru. In defense of the amendment, Humala stated, “In the highlands, the majority are agrarian communities, the product of the agrarian reform. Overwhelmingly the native communities are in the jungle.”[4] The amendment allowed a large number of new concessions to proceed and led to yet another resignation, that of Deputy Minister for Culture Ivan Lanegra, who had been in the midst of compiling the Official Database of Indigenous Peoples when he got the news that his services were no longer needed.

World Bank in the Shadows

How should we explain Humala’s turn against prior consultation and the highlanders who helped him get elected? Some blame the left for being too far on the left. “The president believed his leftist allies […] would help him resolve the problem easily,” renowned Peruvian analyst Fernando Rospigliosi observed. “Not only did they not do so, but they torpedoed him from within the government.”[5] Others say that it was a mistake to take Humala as a progressive. They point to his preference for military advisors and accusations of human rights abuses during his involvement in past conflicts as an army commander as evidence of longstanding authoritarian tendencies.[6]

Also of interest is the role of the World Bank. In 2009, Vice President for Latin America, Pamela Cox, had taken note of Peru’s steady economic growth due to its “diversified markets and stronger ties to Asian economies.” As such, Peru, like Brazil, had joined the “investment grade” club of countries.[7] On October 25, 2011, just two days before top indigenous rights official Raquel Yrigoyen was sacked, the World Bank announced an agreement to extend a rather sizable $3 billion loan to Peru.[8]

Cox and other officials were fully aware of the high levels of social conflict surrounding the natural resources sector. Only the year before, Cox had contributed to a report noting that, “Peru is prone to social conflicts with indigenous people, especially in communities affected by concessions (extractive industries).” However, the problem with these conflicts was that they could “delay” project implementation.[9]

Evidently officials had been watching to determine whether Humala would commit to suppressing social conflict in the interest of the “competitiveness” of mining. In announcing the loan, Cox congratulated the Peruvian government for a shift in tone about economic development. “This is a vote of confidence in the sense that Peru’s macro-fundamentals are very strong,” although she warned, “the loan amount could be altered if Peru’s macro-economic position were to deteriorate…” Drawing on the example of Brazil, Cox pointed the way: “Lula proved to be one of the most successful presidents in Brazil [….] Let’s hope President Humala does that.”[10]

Where are they now?

Many “refugees” of Humala’s administration have since joined the movement for prior consultation and environmental regulation. Raquel Yrigoyen, former head of the Indigenous Peoples Institute, continues her work on behalf of indigenous community rights as a lawyer. Ricardo Giesecke, former Minister of Environment, now works for the development of sustainable extractive industries. Jose de Echave is dedicated to sustainable development and is often seen at movement forums.

Ivan Lanegra, former Vice Minister for Intercultural Affairs continues to speak out about the need for prior consultation for all indigenous communities. Former Prime Minister Salomón Lerner now works with Citizens for Change, a broad-based progressive party. As he put it, “my job is to help form young leaders and work toward something we’re losing, which is consensus in Peru.”[11]

Finally, we come to Cajamarca’s regional president, Gregorio Santos, who had opposed the Conga expansion. Santos was sentenced to fourteen months in jail for alleged corruption several weeks before the regional elections. He has since led a lively reelection campaign from jail using Facebook.

And so the divide between right and left in Peru grows wider.

Author’s Note: Lynn Holland toured the region of Cajamarca with a delegation from the Denver Justice and Peace Committee (DJPC) in July.