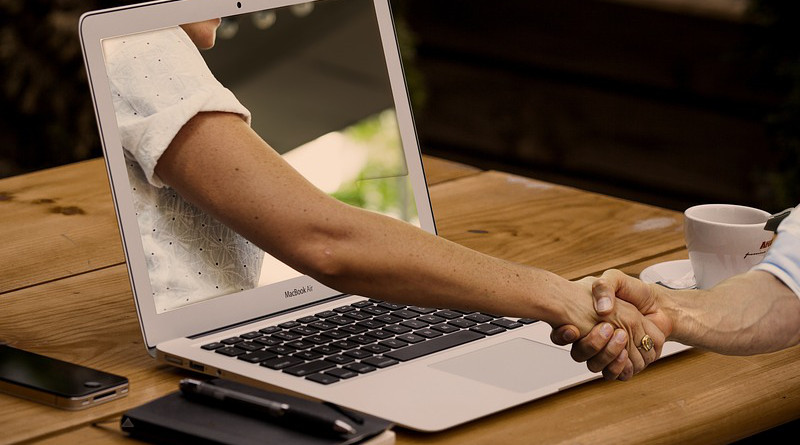 Alleviating COVID-19’s fallout on the most affected will require improving welfare delivery well into an increasingly digital age. How can digital welfare policies achieve these ends while avoiding pitfalls?

COVID-19’s socio-economic costs are mounting. Assessing cumulative damage is an ongoing process, but it suffices to say that the economic contractions underway are unprecedented since the 1930’s Great Depression. With the fallout unevenly distributed, economically insecure populations are likely to bear the brunt of pandemic-induced shocks.

Taking the edge off this suffering will thus require improving welfare delivery well into an increasingly digital age. How then can countries in the region better deliver social assistance, such as caregiving and medicine, through technology as they accelerate digital transformations in the new normal?

For one, digital welfare assistance may involve ensuring social wellbeing in hitherto less regulated segments of the digital economy. The gig economy is a prime example. Many workers in this growing sector lack welfare coverage, a gap which can perhaps be plugged using technology.

So far, governments have taken to combating potential unemployment with subsidised wages, incentivising businesses to keep employees on their payroll. It is questionable, however, whether layoffs can continue to be kept at bay.

Social safety nets contingent on traditional employment models thus need rethinking, especially since recessions are not the only job loss-catalysts on the horizon. The pandemic will end. Trends such as automation still loom large. COVID-19 has thus exposed how unprepared countries are even for anticipated scenarios.

Many countries are in the nascent stages of regulating how gig workers fit into social safety schemes. Across ASEAN, gig workers are unprotected under respective Employment Acts albeit countries such as Malaysia, Singapore and the Philippines have rolled out certain provisions to soften the blow of work-related risks and improve worker resilience.

Uncertainty underpins this regulatory lag. Gig workers are a catch-all category that covers freelance professionals and low-wage labour with varying degrees of financial literacy and economic security. Debate persists over who qualifies as a gig worker, and hence should receive employment-associated benefits like health insurance or employee fund contributions.

Even where governments have agreed to distribute aid to all gig workers during the pandemic, they were often thwarted by missing tax records and their linked bank account details. Certain digital platforms do not provide information on earnings, which makes it difficult for workers to substantiate income loss claims.

In the throes of this pandemic, technology could also be deployed more efficiently for social protection purposes to manage its long-run effects on top of immediate health crises.

Though data on infections is taking centre-stage, collecting real-time, interoperable datasets on most vulnerable populations could facilitate targeted assistance where urgency is critical. Similarly, this would allow for follow up on the effectiveness of and challenges to fully using distributed aid.

Where absent, universal healthcare coverage would shift risks off economically insecure individuals in the gig economy, while those financially able could choose additional market-based welfare solutions if desired. Allowing self-contributions to employee funds and upskilling courses, as Malaysia and Singapore demonstrate, could be similarly beneficial.

Another example is providing work-related insurance, since market actors generally shy away from insuring high-risk individuals in the informal economy. Economic, financial and digital literacy should be better incorporated into education syllabi, whereas data sharing between platforms and governments, meanwhile, could address information gaps vis-à-vis income claims.

Affordable, accessible and quality universal internet access is fundamental, but improving infrastructure takes time and resources. Low-tech solutions should not be shunned in the interim. Offline aid distribution is an inescapable reality where digital connectivity is lacking.

Where mobile Internet connectivity exceeds broadband penetration across much of ASEAN, governments could roll out aid through singular platforms designed for low speed connections and low spec (low performance) mobile phones, in a similar vein to apps such as Facebook Lite.

This could streamline access to patchwork social safety initiatives, which is a problem with non-interoperable datasets such as in Indonesia, while avoiding overlap of welfare coverage. Digitalisation in this context should nonetheless proceed with caution to ensure privacy protection, as well as institutional checks and balances to avoid abuses stemming from data concentration in a single ministry or office.

ASEAN countries could further make moves to sustain increased welfare spending post-pandemic. Despite the rise of mental health issues, social spending on that front lags, with mental healthcare belatedly being classified as an essential service in places such as Singapore.

For several ASEAN members, financing will be a challenge to delivering on these public goods amidst a global economic environment marked by, inter alia, protectionism and investment uncertainty. ASEAN should, in this manner, continue to pursue economic multilateralism to navigate economic turbulence and leverage collective resilience.

Faultlines of Inequality: No Panacea

Perhaps more importantly, the social — and necessarily human — spirit should not be excised as countries undertake greater digital transformation. There are risks that come with delegating socioeconomic regulation to algorithms and automated systems.

Many of these technologies can carry the biases of their creators. Data can be insufficient and incorrect, and models too — whether technological or socioeconomic.

Technology is an enabler, and improving the state of digital welfare can go some way in plugging the gaps of existing socioeconomic systems. Transitioning towards a more socioeconomically just new normal, however, will require more than that. Ultimately, technology is no substitute for remaking the economic systems that, both by misuse and design, exacerbate the faultlines of inequality and social vulnerabilities in the first place.

*Amalina Anuar is a Research Analyst with the Centre for Multilateralism Studies (CMS), S. Rajaratnam School of International Studies (RSIS), Nanyang Technological University (NTU), Singapore. This is part of an RSIS Series.