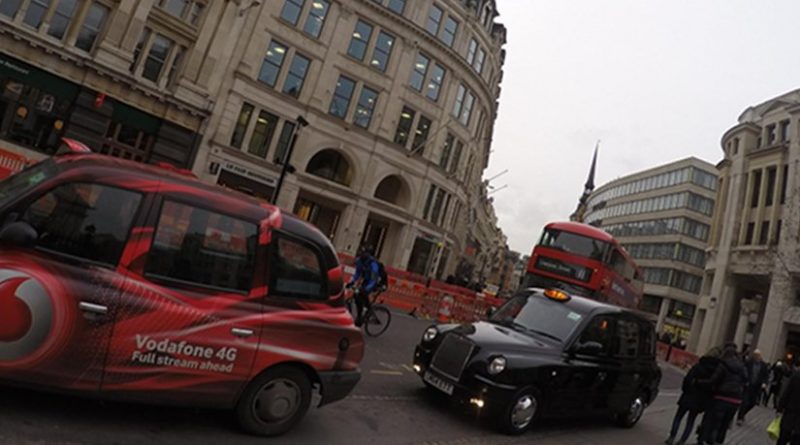 Even though 82% of the public welcomed Transport for London’s (TfL) 2019 ban on advertising foods high in fat, sugar or salt, the Greater London Authority (GLA) faced strong opposition from large food companies and the advertisers who run their campaigns.

Small food businesses and those not primarily involved in the production of ultra-processed foods were largely in favour of the ban, which was introduced to create a healthier food environment for London’s children.

This is according to data acquired through Freedom of Information (FOI) requests, analysed by researchers at the University of Bath and published in PLOS Medicine.

The researchers found that opponents to the ban challenged it on multiple grounds, tried to increase their role in the policy process, and shared their own evidence with officials, while suppressing or undermining independent evidence that supported the policy.

Despite significant commercial opposition, the ban went ahead, which the researchers consider a positive precedent for other public authorities planning similar bans. Some, including Bristol, have already followed suit, and introduced advertising restrictions on advertising space they own. However, they warn other authorities to be vigilant to opposition from the food industry.

Attempts by corporations to derail marketing regulations for tobacco and alcohol are well-documented, and this research suggests that many of the tactics used by food companies are taken from the same ‘playbook’. These include direct lobbying, using coalitions to deliver their messaging and establish alternative routes for access, downplaying policy benefits, and exaggerating potential negative effects.

Companies and business groups fed into the policy process by responding to the public London Food Strategy consultation. Some were proactively encouraged by GLA officials to participate as part of their stakeholder engagement process, which included meetings with policymakers. The Freedom of Information data obtained by the researchers suggests that, in the lead-up to the introduction of the advertising ban, GLA officials had up to eight meetings or calls per month with large food and advertising industry representatives.

The London Child Obesity Taskforce, though not directly involved in the development of the restrictions, appeared to be seen as an important access point by companies. McDonald’s, for instance, contacted the Taskforce as early as April 2018 and later applied to become a member, although correspondence suggests that it was unsuccessful because it applied late.

While some meetings were formally listed as part of the consultation process, there were also informal interactions. Kentucky Fried Chicken (KFC), for instance, participated in multiple calls with the Taskforce and GLA staff, and invited a Taskforce member on a ‘magical mystery tour’ of London eateries and a tour of Brixton. The company also sent the same official an invitation to its annual ‘Restaurant General Manager Fest’.

Multiple emails suggest that KFC offered to collaborate with the Taskforce. However, the researchers could not determine the nature of the collaboration due to redactions and because minutes of the relevant meetings were not shared publicly.

Many respondents started their consultation submissions supportively – Uber Eats, for example, said it supported the Mayor’s plan to reduce obesity ‘in general’ and McDonald’s that it understood the need for regulation ‘in essence’ – but went on to oppose the ban.

While most food companies focused on claims that the policy would hurt smaller, more vulnerable businesses, Subway focused on the potential cost to its own business, estimating that the advertising restrictions would lead directly ‘to a reduction in footfall and business performance’. This contradicts other claims that the policy would not work to reduce consumption of unhealthy products.

Similarly, industry representatives warned that the policy would harm TfL and the local economy. In fact, TfL revenue increased slightly after the introduction of the advertising ban.

Not all business groups were fully transparent about their relationships. For instance, the British Takeaway Campaign lists Just Eat as a member, but its submission and public website failed to  mention that it was founded by a PR agency on behalf of Just Eat.

Coalition-building was common, with advertising companies coalescing around advertising industry body Outsmart. Several companies referred to or used sections of the association’s response in their own statement.

Others attempted to undermine the restrictions by challenging the substantial evidence base without providing robust evidence of their own to back up these challenges. For example, the British Soft Drink Association claimed that ‘academic research has consistently failed to establish a direct link between food and drink marketing and childhood obesity, therefore we are not convinced by the proportionality of further restrictions.’

Similarly, McDonald’s argued that the evidence base was insufficient and offered to support ‘a London wide study of the causes of obesity’, with money and expertise.

Some companies and business associations shared research they had conducted or commissioned themselves. For example, emails suggest that KFC hired an agency to research ‘youth eating and snacking behaviour’ and invited officials to a research debrief at the offices of APCO, a registered lobbyist for KFC.

Outsmart and two other advertising industry members hinted at the potential for a legal challenge in their consultation responses. Outsmart wrote to GLA officials asking for the policy to be delayed by extending its implementation period, saying ‘we believe it would need to be at least six months after any policy announcement is made to prevent the threat of legal action’.

Speaking about the findings, the lead author Kathrin Lauber from the Tobacco Control Research  Group at the University of Bath said: “The claims made by the industry actors who opposed the policy are largely not aligned with independent public health evidence but reminiscent of arguments commonly made in debates about the regulation of other unhealthy commodities such as tobacco and alcohol. Public health policymakers should rethink if and how they want to engage with companies whose commercial interests clearly stand in conflict with the policy objective.”

Dev Sharma, Chair of Bite Back 2030’s Youth Board, said: “Billions are being spent giving junk food a starring role in children’s minds with advertising, marketing and promotions. I’m 16 and I’m being bombarded with junk food ads on my phone and computer, and I’m pretty sure it’s getting worse.

“They are everywhere, popping up when we’re watching videos, when I’m gaming with friends, and we don’t have an escape, especially not at the moment when we are living on our screens. It’s time to prioritise child health and take junk food out of the spotlight.”

Fran Bernhardt, Children’s Food Campaign Coordinator for Sustain, added: “This research uncovers companies’ enormous efforts to undermine and stall this policy. If only that resource and creativity could be redirected into healthier adverts, more time could be spent making local spaces better for all children to grow up in.

“As national junk food advertising restrictions come into play, companies may now be turning more attention to local advertising. So, it’s crucial that local government are aware of these tactics and have more support to put in place similar advertising policies to protect children’s health.”

Caroline Cerny of the Obesity Health Alliance added: “It’s clear from this research that food  companies put in phenomenal effort and resource to opposing a public health policy. What’s  concerning is how much of this lobbying effort is conducted under the radar. It’s likely that the public lobbying we are seeing from industry against new Government plans to restrict junk food adverts on TV and online are also just the tip of the iceberg and it’s vital the Government sticks firmly to its plans to protect children from unhealthy food advertising.’