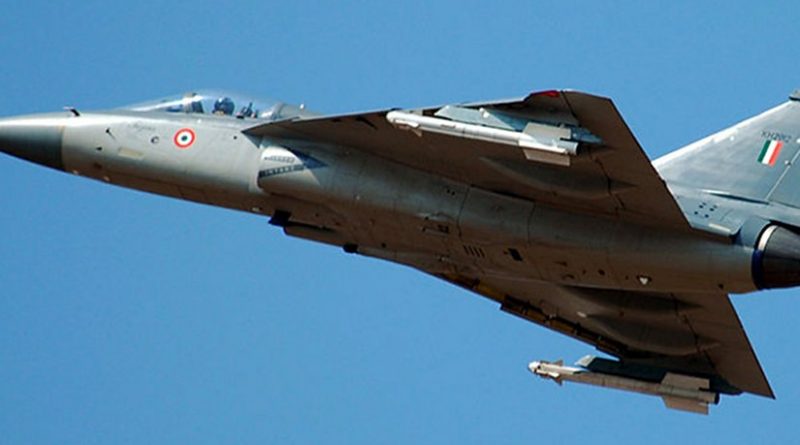 It may sound incredible but, according to official statistics, the number of fighter aircraft squadrons with the Indian Air Force (IAF) has gone up from 25 in 20141 to 33 in 2017.2 This has brought the IAF closer to the authorised strength of 42 squadrons, although the gap could widen again if induction of new aircraft does not keep pace with the inevitable de-induction of old ones.

It is becoming increasingly certain that this gap is sought to be bridged to a large extent by acquiring single-engine fighter aircraft, in addition to the HAL-built Light Combat Aircraft Tejas. Presently, Lockheed Martin and SAAB are the only two foreign manufacturers in the race in the single-engine aircraft category. Both have offered to make their products in India for which they have already signed agreements with the Tata Advanced Systems Limited (TASL)3 and the Adani Group,4 respectively.

The Ministry of Defence (MoD) has also set the ball rolling by issuing the Request for Information (RFI) to these two companies.5 But this is as good as it gets, for RFI is just the first of the eleven stages through which every procurement programme has to pass before the deal is signed. Each of these stages carries within it the potential to derail the programme.

Just to refresh memory, the programme for acquisition of 126 Medium Multi-role Combat Aircraft (MMRCA) was aborted after more than three years of commercial negotiations. This incidentally is the penultimate stage before final approval is accorded by the competent financial authority to award the contract.

Considering that acquisition of single-engine aircraft is susceptible to all the vulnerabilities of the existing procurement procedure, it is somewhat puzzling that MoD should have decided to adopt the strategic partnership (SP) model for this programme.

Apart from the fact that any new model throws up numerous challenges when it is implemented for the first time, the success of the ragtag SP model is critically dependent on identification of the Indian companies which could be invited as prime vendors to manufacture the aircraft in India with the help of technology transfer from foreign manufacturers of the platforms chosen by the MoD.

The process of identifying the Indian companies has not even begun. Even if it is assumed that this process will go through smoothly despite all odds, the pre-emptive tie-ups by the two main contenders in the single-engine aircraft programme with Indian companies have rendered this exercise redundant. It will be surprising if these agreements would permit Lockheed Martin and SAAB to tie-up with any other Indian company for manufacturing the aircraft in India.

This poses a problem because under the SP model, the Indian partners, identified by the MoD as potential strategic partners, are required to approach the manufacturers of the platform, chosen by the MoD in a separate exercise, and enter into a legal agreement with the latter before submitting the bids. As things stand today, the two Indian companies with which Lockheed Martin and SAAB have entered into legal agreements have become their potential strategic partners by default.

This should not bother the MoD. In fact, it should be welcomed for it saves MoD the trouble of having to identify the potential strategic partners and to convince the foreign vendors to get into production arrangements with them within the existing policy framework which allows FDI only up to 49 per cent on the automatic route.

It would be frivolous to question the wisdom of the already sealed tie-ups. The foreign companies would not have gone ahead unless they were absolutely certain that their Indian partners will be able to deliver what is expected of both of them under the SP model. More to the point, it should be a big relief for MoD that they have joined hands with the Indian companies of their choice without seeking any special dispensation in regard to control over their management.

As an added advantage, these tie-ups help in cutting short the time that will otherwise have to be given to the potential strategic partners – after they are identified by the MoD – to tie up with the foreign companies.. However, in the event of the MoD not recognising the tie-ups already formed, this could end up creating legal difficulties if the main contenders are forced into new arrangements with other Indian companies.

For sure, this problem may not arise if TASL and the Adani Group get selected as potential strategic partners through an unpredictable and laborious selection process. But what will be the point of it all? On the contrary, MoD can take a short route to issuing the Request for Proposal (RFP) if the validity of the tie-ups is acknowledged by it.

This also opens up the possibility of categorising the acquisition programme under the ’Buy and Make (Indian)’ category or the time-tested ‘Buy and Make’ category. In essence, the difference between the two is this: under the former category the RFP is issued to only Indian vendors; and under the latter category it is issued to foreign vendors. The same end-results can be achieved under either of these categories.

Of the two, however, the ‘Buy and Make’ category seems more appropriate in the present case because the success of the entire project hinges on the conduct of the foreign manufacturer, be it with regard to transfer of technology, quality assurance, maintenance, and the like, for which it will be jointly responsible under the terms of the contract along with the Indian partner.

In any case, the tricky part will be the drafting of the RFP in a way that serves the objective of the programme, which should primarily be to ensure that the Indian company is not only able to manufacture and maintain the aircraft but is also in a position to undertake its life extension/up-gradation in future without being unduly dependent on the foreign manufacturer or being constrained by IPR issues.

To illustrate, rather than specifying the scope, range and depth of technology required to be transferred by the foreign manufacturer, the RFP could simply seek information as regards the technologies and capabilities that the manufacturer will not be able to transfer as also the reasons for being unable to do so.

The selection of the foreign company should be linked to the MoD being satisfied by the reasons proffered, and assessment as to whether the IAF can live with such denial of technology or capability, and what impact it will have on manufacturing/life-extension/up-gradation of the platform by the Indian company in future.

It should also be possible to compress the time required for carrying out the trials if the platforms are trial-evaluated only in respect of the parameters which have been added to it by the manufacturers after these platforms were last evaluated in the context of the now-aborted programme for the acquisition of 126 Medium Multi-role aircraft, provided it is technically feasible to do so.

All these measures will help MoD leapfrog to the commercial negotiation stage and, with some bold decision-making, even to the contract signing stage much before the end of the next financial year, which is effectively all the time that is available before the next general elections. It goes without saying that all this trouble will be worth the while only if there is a reasonable certainty of the programme not being stymied by the funds-crunch.

About the author:
*Amit Cowshish is a former Financial Advisor (Acquisition), Ministry of Defence and presently a Distinguished Fellow with the Indian Institute for Defence Studies and Analyses. Views expressed are of the author and do not necessarily reflect the views of the IDSA or of the Government of India.