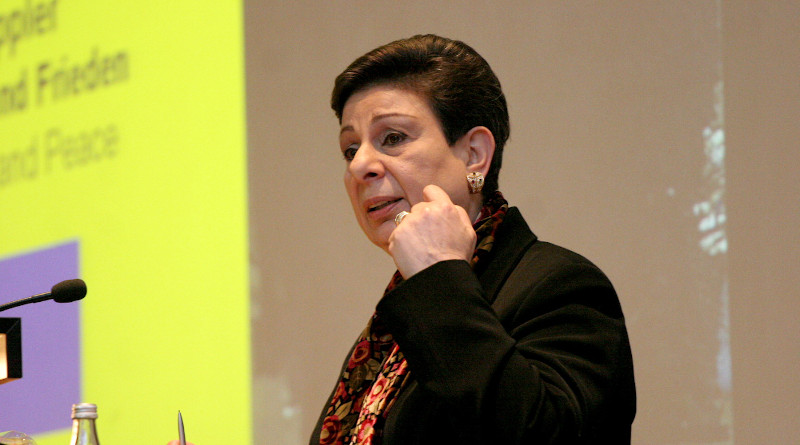 It is a fact that the Arab community does not understand the importance of strategic communications, which could strengthen its efforts to overcome powerful adversaries like Israel. I learned at an early age about the importance of public relations, the impact of perception on US policies, and how spin can decide an election.

While serving in the US Air Force during the Vietnam War, I watched a debate on American television during the 1973 Arab-Israeli War. The debate was between an Arab and an Israeli. The Israeli looked American, dressed American, sounded American and not only spoke English fluently, but he spoke “baseball English,” meaning his nuances reflected the everyday American vernacular. In contrast, the Arab spokesman had a strong accent and did not even shave, sporting what looked like five days of beard growth, which may be common in the Middle East but not in America. He blamed the US for the Arabs’ troubles. He was very emotional while the Israeli was calm and reasoned. I recognized right away that the Israeli was identifying with the American audience while the Arab was coming across like a stranger.

When I completed my military service, I switched my college major to journalism — an unusual choice for an Arab American in the 1970s. When I was only 23 years old, I was asked to serve as spokesman for the Arab American Congress for Palestine, which represented Palestinians in the American heartland. So, in 1976, I found myself on a national TV program debating with Israel’s foreign minister and most eloquent spokesperson, Abba Eban.

Eban dominated the debate when we spoke about politics, with the help of the moderator, who was a big supporter of Israel. They did not support a two-state solution back then, they just wanted the Palestinians to go away. I realized that Americans were conditioned by years of media and propaganda spin to support Israel and believe its distorted historical narrative. The common pro-Israel distortions were creatively crafted. They included several deeply embedded slogans and themes, such as: “A people without a land (the Jews) in a land (Palestine) without a people;” the Israelis “made a desert bloom;” and the notorious “the Palestinians don’t exist.”

Knowing the fundamentals of public relations spin, I exploited a deep crack that I saw in the pro-Israel propaganda. After all, I was a veteran who had served in the Vietnam War. I spoke about that and the fact my Uncle Moses and my father George, both born in Jerusalem, also served in the US military, defending America from the Nazis during the Second World War. My English was flawless and had a Chicago accent, making Eban, with his haughty British accent, sound foreign.

And then I hit him where it hurt. “Maybe the audience should know that your real name is Aubrey Solomon and you were born in South Africa,” I began, to the shock of both Eban and the biased host. I was looking into the TV camera and at the hundreds of thousands of Americans who were watching. I was speaking to them. I allowed my face to reflect pain and my eyes to widen, near to tears, and said: “Why is it that my father, a Christian Palestinian who was born in Jerusalem and whose family lived in Jerusalem until Israel forced us out, cannot live in the city where he was born, but Mr. Eban, Aubrey Solomon, who was born in South Africa, can live in Jerusalem? That’s not fair and I wonder how Christian Americans feel about one of their own not being allowed to live in the holy city of their birth?”

Eban’s demeanor tightened and his hands grabbed the arms of the chair. The host became angry. “Well, as foreign minister, Mr. Hanania, I will see to it that you can go back to Jerusalem,” Eban said. I responded: “What about the other 3 million Ray Hananias who are in the same situation?”

I made the debate personal and connected with the TV audience, which I knew would be mostly Christian and also admiring of my military service. The response was overwhelming, with many Americans later questioning Israel’s claims and seeing Palestinians not as “terrorists” or “anti-Semites,” but people with a reasoned counterclaim that exposed Israel’s lies. The reaction showed me that, if we present a reasoned and smart argument via a person the audience identifies with, we can change the trajectory of the false pro-Israel narrative.

I bring all this up because, on Saturday, I joined a video conference call featuring Hanan Ashrawi, Palestine’s most eloquent spokesperson, during an event organized by ArabAmerica.com, an Arab American activists’ network. I asked Ashrawi why we don’t have a formal public relations strategy, which she agreed we needed. She also acknowledged that, too often, it comes down to personal politics and ambition, meaning PR is pushed aside.

I believe Ashrawi is the Eban of Palestinian advocacy in that she is eloquent, smart, knowledgeable and courageously effective. However, unlike Eban, Ashrawi did not change her name and she was born in Palestine.

Why don’t the Arabs give Ashrawi the budget she needs to implement an effective PR strategy to win over the hearts and minds of the American people — an audience whose views most influence the fate of Palestinian rights? Are we poor? Or are we as Arabs not that smart?