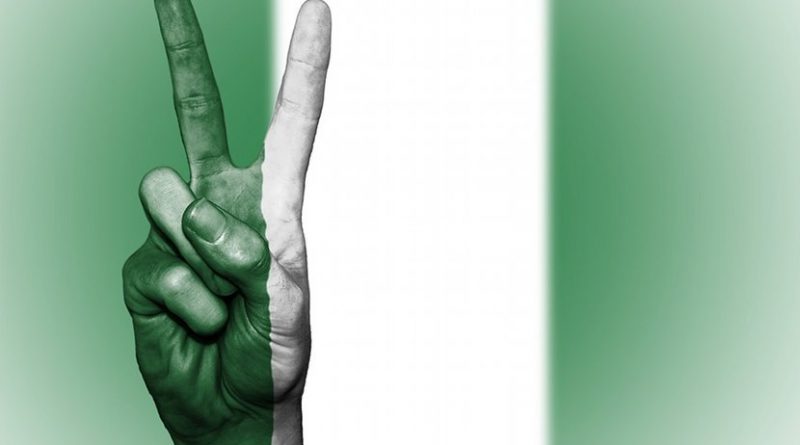 The African Union (AU) and the Economic Community of West African States (ECOWAS) have turned blind-eyes to the unprecedented and indiscriminate killings of civilians mostly in the southern parts of Nigeria. Nevertheless, the International Court of Criminal Justice (ICC) has utterly refused to categorise these as a genocide in the Federal Republic of Nigeria.

The structural and cultural violence against Christians by the present Nigerian Government involves the enactment of pro-Islamic laws and promotion of policies that are pro-jihadist, including the gross lopsided composition of the country’s public security establishments. Key heavily-Moslem controlled agencies condone the atrocious acts of the Muslim jihadists against the Christian population and provide them with state cover and protection, according to the reports.

The violence against Nigerians by ‘eco-jihadist’ Muslim groups is locally called “banditry”, and that involves targeted abduction of residing and travelling citizens and forcing them to pay monetary ransoms in captivity or permanent disappearance or killing without any traces.

Such young Christian women are forcefully married off by their Islamic captors, converted to Islam and made sex slaves. Men among them are forced to be converted to Islam or risk being killed or permanently disappeared in custody. Captured Christian children are radicalised with radical Islamic doctrines and forced into child soldiering, including suicide bombing.

IDN research checks reveal that there were, at least 1,800 Christians killed in Nigeria between January and September 2020. Further breakdown indicates that Jihadist Fulani Herdsmen accounted for between 1,150 and 1,200 Christian lives while Boko Haram and other jihadist groups accounted for, at least, 600. The number of abductions on the grounds of religion have also risen to 500 during this period.

“The current Government that was founded on fraud, can never credibly and correctly tackle corruption because anti-corruption crusade firmly demands moral decency and uprightness. It requires clean hands, a saintly posture that the present Government does not have or possess. There is confidence, and the will power to take up this task. It scratches the problems on the surface,” Emeka Umeagbalasi, Board Chair of the International Society for Civil Liberties and Rule of Law, told IDN in an emailed comment from Onitsha city, Eastern Nigeria.

He explained that the Government and its security agencies must return Nigeria to its secular status or divide the country in peace so that any party wishing to Islamize itself and its culture can do so freely and peacefully. Other regions that are not in the agreement can be given self-governance or self-determination, regional autonomy or statehood.

During the celebrations to mark the 60th anniversary, Nigerian President Muhammadu Buhari appealed for nation-wide unity and integration. This principal task has not been realised after Nigeria gained independence in October 1960.

Tensions have persisted between the north and south, and there have been rivalries between ethnic groups. Millions have been killed in ethnic clashes, with the south-Eastern region working hard to break away to become the Biafra state.

“An underlying cause of most of the problems we have faced as a nation is in our consistent harping on artificially contrived fault-lines that we have harboured and allowed unnecessarily to fester,” President Buhari said in a televised address in an apparent effort to appease the population, majority deeply frustrated by his administration.

He promised to consolidate Nigeria’s democracy and called for patriotism. The president suggested that Nigeria’s population — now around 200 million and projected to be the third highest in the world by 2050 — is both a challenge and an asset for the country.

That has sparked debates, with scholars and researchers expressing divergent views.

“Nigeria is in the third place globally among countries most ravaged by terrorism. The structural insolvency in Nigeria is pronounced with the distrust, which has characterised the interactions between the Government and the governed since independence. Unattended to for years, the dissatisfaction of the oppressed has germinated into a chorus of clamour for an equitable and just society that now manifests as calls for self-determination by various ethnic spheres in the country,” according to Funmilola Ajala, an independent Researcher on African Affairs, based in Berlin.

Expressing some optimism, he explained: “As the drums of apocalypse sound louder in Nigeria, it is germane to say that, despite its intractable challenges, the strategic nature of the country makes it more appealing to remain one. The strength of its huge population is one reason which has over the decades made Nigeria a place of choice for trade and economic interests by many foreigners.”

That said, however, Ajala further offered a few suggestions. First, there is a need for a national document that genuinely reflects the will of the people to live together. The notion that the indivisibility of Nigeria is ‘non-negotiable’ is a farce and should be discarded in search of a template for peaceful co-existence.

Second, a return to regional autonomy in place of the subsisting quasi-federation is long overdue; the system is yearning for deconstruction to help redress its many apparent contradictions and the attendant deficient outcomes. This would afford the regional components opportunity to develop from within without necessarily dictated to by the federal authority.

Third, the ‘gentlemen agreement’ for rotational Head of Government should be constitutionally sanctioned to avoid making such a privilege an exclusive preserve of a particular ethnic group at the expense of others.

Nigeria’s population is estimated at over 200 million, which means the country has skilled and unskilled labour in abundance. The population also makes it a fertile ground for global trade. Nigeria is also rich in mineral resources. It is sub-Saharan Africa’s largest, and the world’s 13th largest, producer and exporter of oil.

These endowments should have made Nigeria one of the critical destinations for global investment. And with its wealth in petroleum and natural resources as well as its vast agricultural potential, Nigeria should have by now become Africa’s undisputed economic giant, Sheriff Folarin, Professor of International Relations, Covenant University, wrote recently in an assessment report.

“Sixty years after independence, Nigeria, like a vehicle struggling to climb a hilly road, has yet to achieve its potential. Its large population has thus become a source of weakness, not strength. With mass unemployment and overstretching of inadequate and poorly maintained infrastructure, many Nigerians have had to seek their fortunes abroad,” Folarin observes.

In comparison, Folarin said “Smaller nations such as Ghana, Rwanda, Ivory Coast, Qatar and the United Arab Emirates are beginning to catch up. At the same time, big corporations from industrialised and wealthy countries in Europe and South Asia find the Nigerian business climate inauspicious. That’s largely due to decaying infrastructure, corruption and insecurity. Big European corporations have, over the years, shut down or relocated their Nigerian manufacturing plants. They point to a lack of stable electricity supply and endemic corruption, both of which impede their smooth operations.”

In a research paper he co-authored, he argues that national integration and its benefits could be realised only with the development and entrenchment of a supportive public culture. Nigerians must understand, respect and tolerate differences occasioned by socio-cultural diversity and develop new institutions and mechanisms that address poverty, revenue allocation and other national issues peacefully.

“Nigeria can transform its potential into success. With a huge population, its citizens can be mobilised and empowered to engage in manufacturing as China, Singapore and South Korea have done. This will change the society from a consuming country to a powerhouse in manufacturing and exportation. At 60, Nigeria should not be groping in the dark. There have been numerous wasted opportunities, no doubt, but it takes just a right turn at any second for a vehicle in the middle of nowhere to find its bearing,” Sheriff Folarin suggested.

In her estimation, Nigeria is endowed with substantial natural resources. By population, it has the highest and that signifies the extent of its human capital in the country. As already known, Nigeria has three ethnic groups, namely the Hausa-Fulani in the North, Yoruba in the West and the Igbos in East. Ethnic conflict pulls down the expected high development, contributes to insecurity and youth unemployment in the country.

“Nigeria exposes the rich and poor divide in every aspect of society. The masses continue to suffer more and more electricity outages. Access to clean drinking water is another example, where the masses suffer poor quality water. Nigeria, lack of constant electricity, good roads, hospitals and schools have become the norm. The security situation all over Nigeria has reached a critical level,” Celine Akigwe told IDN in an emailed comment from London.

According to interpretation, there are too many problems facing Nigerians that nothing short of a total rethink, revamp and reworking of every denomination of our civilisation is required to change the status quo. This broken society must be dismantled and rebuilt. From its very inception, the concept of Nigeria was doomed. The land that is referred to or called Nigeria was created by the British. It made colonising Africans easier for them to administer.

Conclusively, Akigwe thinks Africans, or specifically Nigerians deserve that right. It has taken over 60 years for Nigerians to reach this point of agitation and Nigerians have suffered enough. It is time to leave the past behind and cease the administration of the colony – not former colony – called Nigeria.

Nigeria is an administrative convenience to ease the complications for the British. If Africans are totally honest with themselves, all of the borders that were drawn as a result of the Scramble for Africa should be erased. Integration simply means to continue to live in a state of denial of the past. Independence is not a myth but a reality that will happen now or in the future. If this generation is not ready for true independence, then future generations should do everything for that.