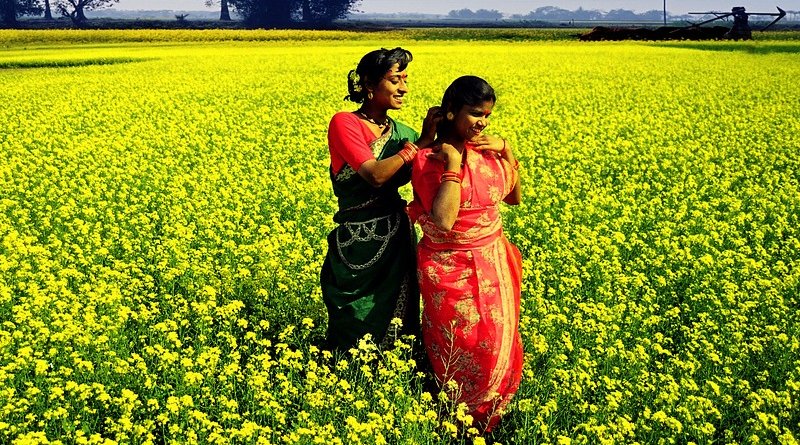 In these past many months since the coronavirus pandemic broke out, as many as 140,000 Bangladeshi expatriate workers, mostly from the Middle East, have returned home. And now that conditions have eased a little, they are ready to return to their workplaces, especially in Saudi Arabia. But that does not appear to be easy, given that most of these workers have yet to come by air tickets to fly back to Riyadh. Compounding matters for them has been the inability of the Saudia airlines office in Dhaka as well as Biman Bangladesh Airlines to facilitate their departure for their places of work.

A very large number of these Bangladeshi expatriate workers are afraid that their visas for Saudi Arabia as also their aqamas, or work permits, will expire before they have had a chance to make the return journey to the kingdom. Of course, the Bangladesh authorities have been in negotiations with the Saudi government over the latter extending the validity of the documents in order to make it easier for the workers to be able to fly to the kingdom. To what degree such returns are facilitated and all the workers are able to go back to work remains a question. Again, there is the important issue of whether, once they arrive in Saudi Arabia, they will be guaranteed a continuity of employment at the many firms where they were employed until Covid-19 came in.

Bangladesh’s economy is not in good shape, with the garments sector laying off workers in light of the pandemic. Media houses, in the name of downsizing, have cheerfully sacked journalists. An additional instance of regression has been the official shutdown of 25 state-owned jute mills, which meant a retrenchment of 25,000 workers through what has euphemistically been described as a golden handshake. The workers, the government has made it known, will be paid all their dues in full. But the point is something else, which is that these suddenly unemployed workers are up against a future that is economically precarious. They have already joined a long and growing queue of people without jobs. Business in other sectors has been suffering, which prompted the Prime Minister Sheikh Hasina to call for an exploration of new job markets abroad for Bangladeshi workers. It was perhaps owing to her apprehension that the old employment markets might not be there very long for Bangladeshis.

There is a point to the prime minister’s concern and it relates to the recent request made by the Saudi authorities to the Bangladesh government for passports to be granted to 54,000 Rohingyas currently resident in the kingdom. The request has set alarm bells ringing in Dhaka, given that for the last three years Bangladesh has been grappling with the Rohingya issue with little sign of a resolution in sight. With a million-plus refugees from Myanmar’s Rakhine region having been given shelter in the south-eastern Cox’s Bazar region, Bangladeshis are worried that unless efforts on a global scale are undertaken to compel the Myanmar government to take back the Rohingyas, it is likely that the refugees will be in Bangladesh for a very long time, perhaps even for good. In such circumstances, the Saudi request for Bangladeshi passports for the 54,000 Rohingyas in the kingdom — and these Rohingyas were given entry into Saudi Arabia in the 1980s and 1990s in a humanitarian gesture by the Saudi royals — is something that is more than an exertion of pressure. For many Bangladeshis, it is intimidation in all its subtlety. The fear on the part of the government is that the Saudis might at a point threaten to send the 220,000 Bangladeshi workers in the kingdom back home if the passport wish is not granted.

Reaction to the Saudi move has been swift in Bangladesh. Political commentators and public intellectuals have made it clear that the government must under no circumstances give in to what they see as a demand rather than a request from the Saudis. The reasons they have advanced in support of their opinions are two. In the first place, Rohingyas are not citizens of Bangladesh and are therefore not eligible for Bangladesh passports. In the second, agreeing to the Saudi request and making passports available to the 54,000 Rohingyas would be a convenient weapon in the hands of the Myanmar junta, which has long argued that the Rohingyas are Bengalis who have been living illegally in Rakhine.

The Saudi position is patently untenable, but it does pile on the pressure on Bangladesh. Dhaka’s efforts in the past to have China, India and Russia — nations that have pride of place on its list of friends — play decisive roles in persuading Myanmar to create the conditions for a return of the Rohingya refugees to Rakhine have not borne fruit. The failure of the three countries to come to their aid on the issue has left Bangladeshis disappointed. Even so, this new difficulty coming from the Saudis should be galvanizing the Bangladesh government into putting its diplomacy in full gear with the three countries as well as with nations in the West. Trapped as it is in an economic crisis brought on by the coronavirus pandemic, Bangladesh simply cannot afford to be burdened with a new problem.

The coming time will show how the passport issue shapes up and the ways in which Bangladesh is able to deflect the Saudi desire.

Home » Saudis Giving Bangladesh A Cause For Worry – Analysis