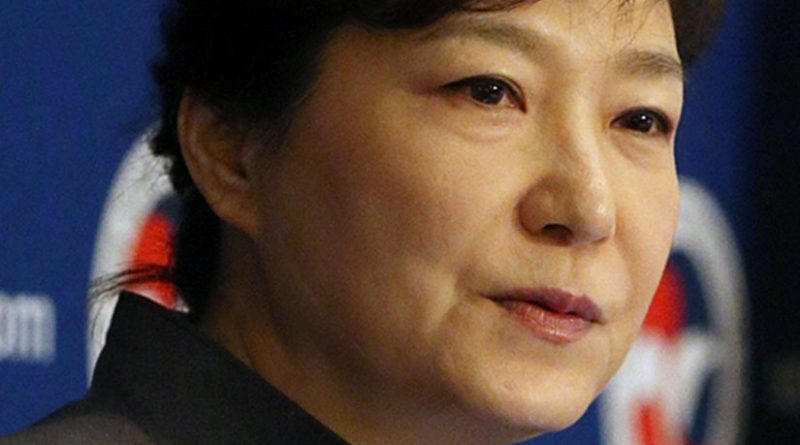 Asia remains the most disturbed continent as tensions continue to torment its regions – from South Asia to West Asia to East Asia as well as Asia Pacific. Neither USA nor Russia has any real interest to work for genuine peace, stability and prosperity in the continent. Their “cold war” seeking competitive benefits is having a negative impact on the continent.

Today, when world is full of tensions as it is infested by lethal weapons, including nukes arsenals, both legal and illegal, the course of peace is not an automatic occurrence; it needs to be pursued with sincerity. Humanity is terrorized and remains a mute victim of tensions, generated by powers to showcase their military superiority.

More and more nations now have come to realize that peace is not a mere option but an absolute necessity for the sensible conduct of relations among powers, both nuclear and conventionally armed. Two Korans, Japan and even China have in recent years moved closer to each other, though very slowly, to solve all pending issues amicably.

South Korean President Park Geun-hye and Japanese Prime Minister Shinzo Abe held their first formal bilateral talks on November 2, since both leaders took office, seeking to move beyond a bitter wartime history that has haunted ties between two of Washington’s key Asian allies. The meeting is a diplomatic plus for Abe, who had sought two-way talks with Park amid a push by the United States forJapan and South Korea to improve relations in the face of an increasingly assertive China.

Though they normalized ties in 1992, Japan and South Korea, the economic powers of Asia pacific, have for too long not been able to steady their relations but no headway was possible for cordial relations till now owing to some tricky issues. Japan, which says the issue of compensation for “comfort women” was legally settled by their 1965 diplomatic treaty and that it stands by a 1993 government apology, worries that even if it takes fresh steps, South Korea will decline to bring the issue to a close.

The Asian neighbours have struggled to find common ground over Japan’s 1910-1945 colonisation of Korea, particularly the issue of “comfort women”, as the mostly Koreans forced into prostitution at Japanese wartime military brothels are euphemistically known in Japan. The issue has so far remained an embarrassment for Japan. . “I hope today’s summit will heal the bitter history in a broad sense and be a sincere one and an important opportunity to develop the two countries’ relationship,” Park told Abe at the start of the talks, the first formal meeting between the two since Abe took office in late 2012 and Park in early 2013, according to a transcript released by her office.

The two countries share a long history of economic cooperation but the diplomatic row has had an effect on their trade, which began falling since 2011, Kim Bong-man, head of regional cooperation at the Federation of Korean Industries said that they are hoping that the Korea-Japan summit will be an opportunity to normalize the relationship.

Seoul’s ties with Beijing have tightened while the chilly relationship with Japan has been reflected in trade. Trade with Japan accounted for 22% of South Korea’s total trade in 1991, but had fallen to 8% by 2014. In contrast, South Korea’s trade with China rose to 21% of its total last year from just 4% in 1992, when they normalized ties.

Abe told Park he wanted to work with her “to build a new future of forward-looking Japan-Korea relations” and an exchange of honest opinions by the leaders was needed. Park said in an interview with Japan’s Asahi Shimbun daily last week that resolving the “comfort women” issue was central to better ties with Japan. South Korea says Japanese leaders have repeatedly failed to properly atone for wartime atrocities.

The Park-Abe meeting came after a summit of South Korean, Japanese and Chinese leaders on Sunday where they agreed to restore what had been an annual forum to work towards greater economic integration and regional cooperation. Japan, China and South Korea are neighbours, and because we are neighbours, there are difficult issues among us,” Abe said at a news conference with Park and Chinese Premier Li Keqiang. South Korean and Japanese business executives who met last week in Tokyo expressed hope that better ties would improve bilateral trade.

South Korean President Park Geun-hye faces a delicate balancing act between her country’s rapidly developing ties with Beijing and US pressure to mend ties with Tokyo as she hosts the first three-way summit in three years with China and Japan. The summit will be a major diplomatic breakthrough for Japanese Prime Minister Shinzo Abe, who has courted Park amid a push by Washington for its two main Asia allies to move beyond their bitter wartime history in the face of a growingly assertive China. “We have conducted an increasingly mature diplomacy both with the United States and with China over the years,” a South Korean official told Reuters. “In the case of Japan, things have been more difficult, but we recognize we need to move forward.”

South Korean and Chinese ties with Japan have been troubled over what they see as repeated failures by leaders in Tokyo to properly atone for wartime atrocities, in particular for Seoul over the issue of “comfort women,” as the mostly Korean women forced into prostitution at Japanese military brothels are called.

Park has worked hard to bring South Korea and China, which have one of the world’s biggest trading partnerships, closer politically, having met President Xi Jinping six times. Her meeting with Premier Li Keqiang in Seoul will be her fifth. Few expect an overflowing of goodwill, but for Park the occasion affords an opportunity to be seen addressing issues of regional interest, including promoting business ties and tackling North Korea’s arms program. “China is not ready, Korea is not ready, but the Americans want Japan and (South) Korea to get together,” said Kunihiko Miyake, a former Japanese diplomat now at the Canon Institute for Global Studies in Tokyo.

The summit had been held annually since 2008 and was the venue for the neighbours to discuss economic cooperation until it was discontinued after 2012 amid diplomatic tensions. This week, South Korea and Japan’s business community welcomed the meeting and the first two-way meeting between Park and Abe since they took office. Abe has met Xi twice since November 2014.

Meanwhile, North and South Korea wrapped up marathon talks aimed at defusing a crisis that pushed the two rivals to the brink of armed conflict. There was no immediate official word on the outcome, but the South’s Yonhap news agency said both sides had reached agreement, with the North voicing “regret” for recent provocations, and the South conditionally undertaking to halt loudspeaker propaganda broadcasts into North Korea.

In August the presidential Blue House in Seoul said the South’s lead negotiator, National Security Adviser Kim Kwan-Jin, would announce the formal result of the talks between them . The negotiations were aimed at ending a dangerous military stand-off which triggered a rare artillery exchange over the border, after which North Korean leader Kim Jong-Un ordered his frontline troops onto a war-footing.

The talks in the border truce village of Panmunjom had begun early Saturday evening, shortly after the passing of a North Korean deadline for Seoul to halt loudspeaker propaganda broadcasts across the border or face military action. They were held against a background of continually rising tensions, with South Korea and US fighter jets flying simulated bombing sorties, and North Korea reportedly deploying two thirds of its 70-vessel submarine fleet. The roots of the crisis lay in landmine blasts on the border earlier this month that maimed two South Korean soldiers. Accusing Pyongyang of laying the mines, Seoul retaliated by switching on giant banks of loudspeakers, that had lain silent for more than a decade, and blasting high-decibel propaganda messages into North Korea.

The North denied any role in the mine blasts and issued an ultimatum for the South to halt its “psychological warfare” or face attack. South Korean President Park Geun-Hye on Monday insisted that the broadcasts would continue unless the North issued a “clear apology” for the landmine incident. “There will be no retreat in the face of North Korean threats,” a combative Park said in televised remarks to a meeting of senior aides. The crisis had been eyed with mounting concern by neighbouring countries and beyond, with China and Japan calling for restraint and UN Secretary General Ban Ki-moon urging both sides to “redouble” their efforts to reach a compromise.

The effort at realignment by the Asian powers is a welcome matter as it would go along way in making the continent tension free in due course.

Home » Realignment Of Relations Between South Korea And Japan – OpEd