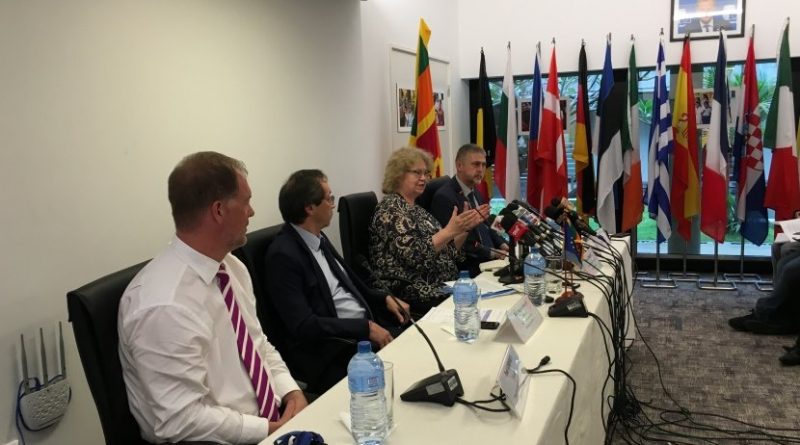 A delegation of the European Parliament is paying an official visit to Sri Lanka from 1st-3rd November. The delegation is comprised of the Chair Ms Jean Lambert (UK), Vice-Chair Richard Corbett (UK), Ms Ulrike Mueller (Germany) and Wajid Khan (UK).

The visit provides Members of the European Parliament (MEPs) with an opportunity to inform themselves on developments since their last official visit in 2016 and to discuss issues of common interest with the Sri Lankan authorities. The delegation visited the Northern Province on 1st November and met with the Governor and civil society representatives. They also visited an EU-funded resettlement site and held discussions with some of those who have resettled.

The delegation welcomes a number of positive developments that have taken place since their last official visit, such as the decision to readmit Sri Lanka to its preferential trade programme GSP+ and the lifting of the ban on Sri Lanka’s fisheries exports to the EU market. These measures will create more job opportunities and foster bilateral trade.