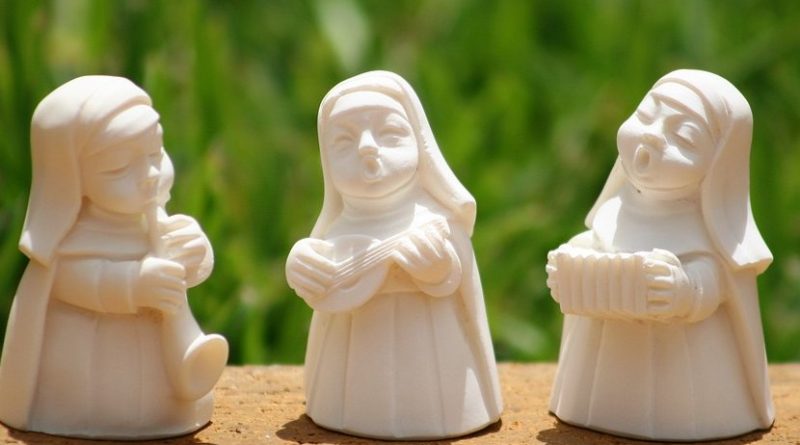 It’s been a tough four weeks for the few “Nuns on the Bus.” The anti-Trump bus tour began in early October and ended November 2, after visiting 21 states over 27 days. The grand finale took place outside the president’s Mar-a-Lago resort. It is not certain who paid for this gambit nor how much damage was done to the environment.

Sister Simone Campbell, the executive director of Network, is the activist behind the tour. She runs a left-wing Catholic organization that is agnostic on the subject of abortion. Well, not quite. She is angry that abortion has allegedly “hijacked” Catholicism, and it is her goal to make the economy the key issue.  Her biggest supporter is Nancy Pelosi, a rabid defender of partial-birth abortion.

The bus tour has been a lot of fun. “Do you know how to floss?” That was the question that Sister Mary Ellen put to reporters. She stumped them—the question was not about dental floss. It was about a “deceptively difficult dance move” that Sister Susan McCarthy created. A reporter from the Nation, a Stalinist magazine, said the 73-year-old gave a demonstration “shaking her hips side to side while her arms wave in an opposite motion.”

The nuns take their job seriously. When Sister Simone hears someone say that the economy is thriving, her erudite response is to scream, “Liar, Liar, pants on fire.” That’s what she told the few people who greeted her outside a Methodist church in Wilmington, Delaware recently.

Fans of the nuns whom they met along the way included a woman from Richmond, Virginia. On board the bus, she sang a hip song by Gene Autry, the deceased cowboy actor, called “Back in the Saddle Again.” It was released in 1941, the year Bernie Sanders was born.

The same gal who joined the nuns said that during the first hour on the bus, Sister Simone and her staff spoke to her about “Introduction to Life and Ministry on the Bus.” It included such topics as “how to flush.” It also included some mystical exercises. “We also had a Ceremony of the Beads in which we chose a bead expressing the hope we have for our week on the bus.” We can assume they were not rosary beads.

On a more serious note, Sister Simone explained why the bus tour was necessary. “We care for the 100 percent, not just those at the top.” Trump, she is convinced, does not. Unfortunately for the nuns, the economic news reported on their last day on the bus was not supportive of their thesis.

On November 2, Labor Department data showed the United States added 250,000 jobs in October, way above the 188,000 that was forecast. The unemployment rate held steady at 3.7%, and average-hourly earnings rose 3.1% from last year, the best pay raise in nearly a decade.

What about African American and Hispanic unemployment? Under President George W. Bush, the average for blacks was 10 percent. Under President Barack Obama, after six years it was 14%, dropping to 8% when he left office. Under Trump—less than two years on the job—it is 6.2%. The unemployment rate today for Hispanics is 4.4%, the lowest figure for them in American history.

What about food stamps? Under Obama, the figure hit almost 48 million people in 2013. Under Trump, there are 3.5 million fewer on food stamps since he took office, down to less than 40 million.

No wonder black radio and TV pundit Tavis Smiley said in 2016 that “Black Americans have ‘lost ground’ under Obama.” Similarly, black activist Horace Cooper opined in 2016 that “the black community has suffered tremendously under the president’s [Obama’s] policies.” In the same vein, black commentator Larry Elder wrote an article in 2015 headlined, “Under Obama, Blacks Are Worse Off—Far Worse.”

Here’s something else that must be noted. When asked this past May if their financial situation had gotten better (or stayed flat or gotten worse), 31% of Americans said they were better off. The figure for Hispanics was 30%; for blacks it was 33%.

Does any of this matter to the “Nuns on the Bus”? If it did, they would have been hailing Trump, not berating him. Ideology can be blinding.

Home » ‘Nuns On The Bus’ Should Hail Trump – OpEd