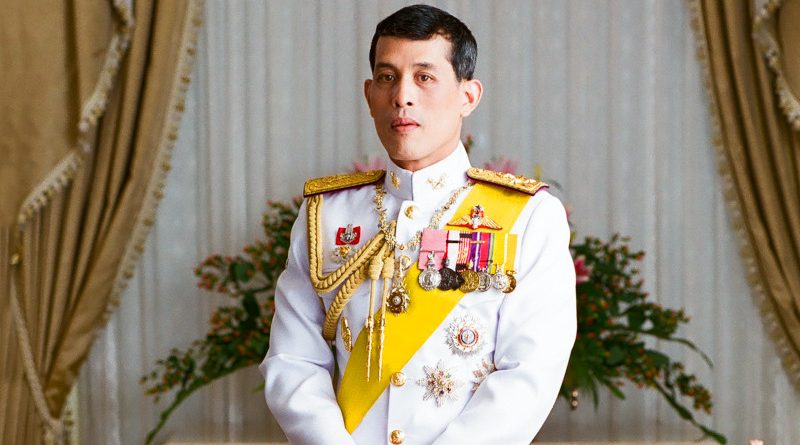 Thailand is the land of injustice, not compromise, pro-democracy protest leaders said Monday, responding to rare remarks by the king a day earlier that described the kingdom as “the land of compromise.”

Piyarat Chongthep, a leader of the People’s Movement reiterated Monday that the intensity of protests would remain the same even after King Maha Vajiralongkorn spoke out about the nation while answering a question from a British TV news reporter.

“The protesters will not lower the ceiling of our rallies and we maintain our three demands: Prayuth out; a new constitution; and monarchical reform,” Piyarat told BenarNews, referring to the demand that Prime Minister Prayuth Chan-o-cha resign. Since mid-July, students and other Thai youths have staged massive anti-government protests to press their demands.

Piyarat did not detail the protesters’ next steps but said the rallies should remain peaceful. Monday saw a minor protest at a Bangkok metro station.

Free Youth, another group leading the anti-government protests, questioned the sentiment expressed by the monarch the day before.

“The truth is what the government has done was not in line with LAND OF COMPROMISE, whether authorities pushed charges against pro-democratic protesters, used water cannons to disperse a crowd even though many of the protesters were young and showed no sign of violence, to cut Thai citizens out of the equation that led to a military coup in 2014 or to tear up the constitution,” the group wrote on its Facebook page.

“All of these do not constitute LAND OF COMPROMISE, but LAND OF INJUSTICE,” the group wrote while contending its three demands were the only solution to make Thailand democratic. “Monarchy reform, a people’s constitution and the ouster of Prayuth and his companions are the only bloodless way to democracy with the monarch under the constitution.”

“If all sides stick to peaceful actions there shouldn’t be any problems. We have crossed paths with the yellow shirt royalists before,” said Piyarat of the People’s Movement. “But should there be violence by third-party groups, the government would be responsible.”

‘We love them all the same’

After a ceremony at a temple of the Emerald Buddha inside the Grand Palace in Bangkok, Vajiralongkorn, accompanied by Queen Suthida and his daughters, walked along nearby streets Sunday night to greet thousands of pro-royalist yellow shirts. Some held portraits of the monarchs while others chanted “long live the majesties” and a high school student sought to take a selfie with them.

Jonathan Miller of Britain’s Channel 4 approached the royals and asked: “Sir, these people love you, but what do you say to the protesters who have been on the streets who want reform?”

“I have no comment,” the king said before repeating three times: “We love them all the same.”

“Thailand is the land of compromise,” Vajiralongkorn said in response to another Miller question before turning to face the queen.

“Thank you very much, we also love you!” the queen answered and waved before they walked across the street to greet more supporters.

After reaching the other side of the street, Vajiralongkorn spoke with his daughter, Princess Sirivannavari, who walked back to Miller and said: “We love Thai people, no matter what and this country is peaceful. I love it, I’m happy. This is a real love as you can see.”

Meanwhile, Prayuth, who ignored the protesters’ demand that he resign last month, on Monday visited Samui Island –  a top tourist destination in Thailand – to evaluate whether it was ready to reopen to foreigners in light of the COVID-19 pandemic. The prime minister took power in 2014 after leading a military coup to overthrow the government of Prime Minister Yingluck Shinawatra.

“We are democratic, nothing is undemocratic,” Prayuth said.

Titipol Phakdeewanich, dean of the Faculty of Political Science at Ubon Ratchathani University, said the government could quell the protesters’ concerns by changing one part of the constitution.

“The easiest way to ease the tension is to amend the article concerning senators to make politics more democratic,” he told BenarNews on Monday.

Titipol referred to the military-backed constitution, which empowers 250 senators to join House members to vote for prime minister. Activists have expressed concern that the senators, who were hand-picked by Prayuth’s junta, gave him an easy path to be elected prime minister following the 2019 parliament election.

Meanwhile on Monday, judges ordered the release of seven pro-democracy protesters, including Parit “Penguin” Chiwarak, Panusaya Sithijirawattanakul and Panupong “Mike” Jadnok. All seven, including protest leader Anon Numpa who has been arrested four times since protests began, were freed from detention as of early Tuesday local time, Thai media reported.

“We are out and ready to fight again,” Anon told supporters shortly after his release from Bangkok Remand Prison, Reuters news service reported.

A lawyer said Parit, Panusaya and Panupong – who were taken into custody by police at the Prachachuen station on Friday and whose fellow protesters scuffled with officers – were injured before being taken to Rama IX Hospital in Bangkok on Saturday.

To date, authorities have arrested at least 90 protesters since the first rally on July 18, according to members of Thai Lawyers Human Rights (TLHR), a local NGO.

“We cannot verify that they were beaten up while in custody, however, those three will hold a press conference when they have recovered and left the hospital,” Noraseth Nanongtum, an attorney with TLHR, told BenarNews on Monday.

Lawyers said Panusaya suffered from dehydration, Parit had asthma and bruises from glass shards after fellow protesters broke a window while trying to free him from a police vehicle and Panupong initially needed to a neurological exam because he fainted.