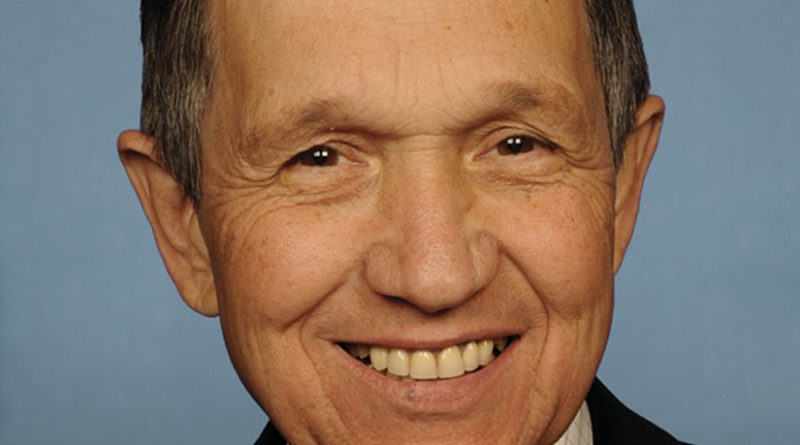 Last year there was speculation that Dennis Kucinich would run for governor of Ohio, the state from which he served eight terms as a Democratic member of the US House of Representatives and in which he served previously as a state senator, Cleveland mayor, and Cleveland city council member. That governor run did not materialize. But, in a new interview with Truthdig Editor-In Chief Robert Scheer, Kucinich says he thinks he “will probably be back in elected office” in the future. “Stay tuned” is what Kucinich tells people wondering what he will do next.

Here is the interview exchange in which Kucinich addresses the prospect of a future run for political office:

Scheer: Let me apologize, by the way. I love Cleveland, and—I do, I actually do. And my son Joshua, who is, as I said, producing the show, is a fanatical fan; the only thing we don’t like is that they won’t change the name of the baseball team. But what are your plans? Are you going to run for office again? Would you serve in government? What are you going to do?

Scheer: But do you have any, I mean, could you see—I mean, well, Bernie Sanders could win; you’d probably go into that kind of administration.

Kucinich: Well, let me just say that I made a commitment a long time ago to be involved in public service. You can do that from inside or outside of political office; I don’t need an office to have an impact. But at some point, I think that I’ll probably be back in elected office. I don’t have any immediate plans, but you know, as I make my way around the Cleveland area and around Ohio, I have people who keep asking, well, when are you going next? And I just tell them, stay tuned.

Kucinich, a Ron Paul Institute for Peace and Prosperity Advisory Board member, also describes in the interview how he stood up against war and military build-up spending in the House:

You know, when I first came to Congress I was in a congressional hearing where the Department of Defense had to ‘fess up that they had over one trillion, “t” for trillion, dollars in accounts they could not reconcile. There was at that point over 1187 different accounting systems deliberately obfuscating how the money’s spent. Once I had that, Bob, I didn’t vote for a single appropriation for these wars or for the military build-ups. Throughout my entire career, not once did I go along with this, because I knew how the money’s being blown and wasted; and it ends up being, as a fellow by the name of Smedley Butler once said, a racket; “war is a racket.”

Listen to, and read a transcript of, Kucinich’s interview here.