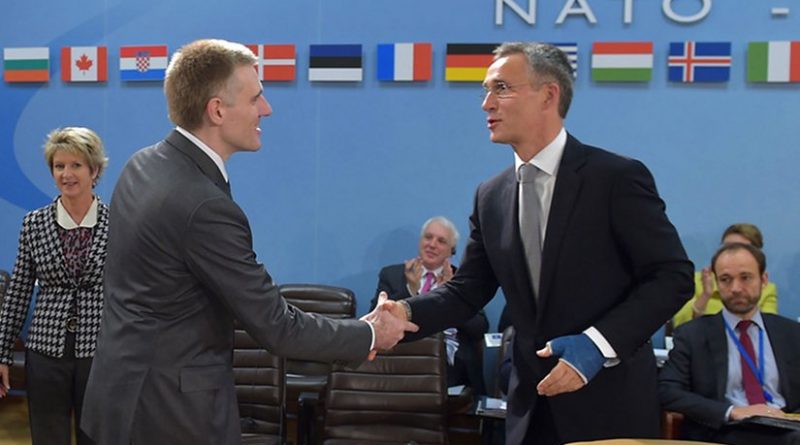 Signing up Montenegro will benefit the Atlantic alliance, but whether it will do Montenegro much good is less clear.

Make no mistake. If push comes to shove and NATO gets embroiled in a full-scale military conflict, the addition of Montenegro will not make a difference.

With all of about 2,000 troops at its disposal, the 29th state to join the Atlantic alliance has a good claim to be its least significant members, militarily. It is up there, or rather down there, with Luxembourg.

Military considerations – of course – have nothing to do with this decision, which is all about politics and strategy.

The politics of admitting Montenegro are clear. NATO is sending a signal, in the direction of Moscow, that it can expand in whichever direction it wants to, whether or not Russia feels its own interests are being crossed in the process. It recognizes no opposing sphere of interest.

The wider strategy is also clear. With the addition of Montenegro, the Alliance is one step closer to turning the Mediterranean into a NATO lake, and shutting Russia out of that lake in the process.

The entire north side of the Med has long belonged to NATO countries – Spain, France and Italy. The south side is not, but none of the North African states, Morocco, Algeria, or Egypt, is beholden to Russia. Libya has ceased to function and does not count.

Now that Croatia, Albania and Montenegro are in the bag, along with Greece, NATO has wrapped up the entire Adriatic section as well. That only leaves the eastern Med, where Russia has its sole client state in what remains of Bashar Al-Assad’s Syrian fiefdom. Not much of a consolation prize.

No wonder Russia is aggrieved. With some justification, it feels the West has again snatched one of its natural clients or satellites right from under its eyes.

First Georgia, then Ukraine, now Montenegro. The Russians have long memories – and have not forgotten that Montenegro was once little more than an extension of Russia – its monarchs dependent on annual subsidies from the Tsar.

While Montenegro-in-NATO will clearly serve the alliance’s interests – there is nothing like a bit of expansion to make you feel good – the big question is whether it will do much good to Montenegro.

Here the balance sheet is harder to call. Of course it aligns the country even further as part of “the West” in a broad sense. But it is unlikely to make much of a difference to Montenegro’s progress towards EU membership.

Serbia is also making its way – slowly – into the EU camp and there is no sign that Serbia’s non-membership of NATO will hinder its progress. Indeed, some in the EU dream of a European armed force, which, if it was ever created, would be independent of NATO.

The other downside for Montenegro is that membership of the Alliance remains a very divisive domestic issue, more so than in any other member state.

Even in Greece, with its strong anti-American tradition, there is no clamour against being in NATO. Greeks of almost all political persuasions value NATO as a referee between them and Turkey. Montenegro needs no such shield against any of its neighbours.

In Montenegro, at least a third of the population, the ethnic Serbian community basically, is solidly against becoming part of an alliance that bombed Serbia out of Kosovo not many years ago. NATO membership, therefore, really is only a sectional interest – the policy of the ruling parties – not an expression of the national will.

The problem for the many opponents of NATO in Montenegro is that there is not much they can do about it now, unless the government falls tomorrow.

There is no precedent for any country leaving NATO, although it is theoretically possible to do so. Even if they do force out Milo Djukanovic and take power themselves, they will now probably have to live with one of his most important legacies.

Home » Good For NATO, But For Montenegro? – OpEd