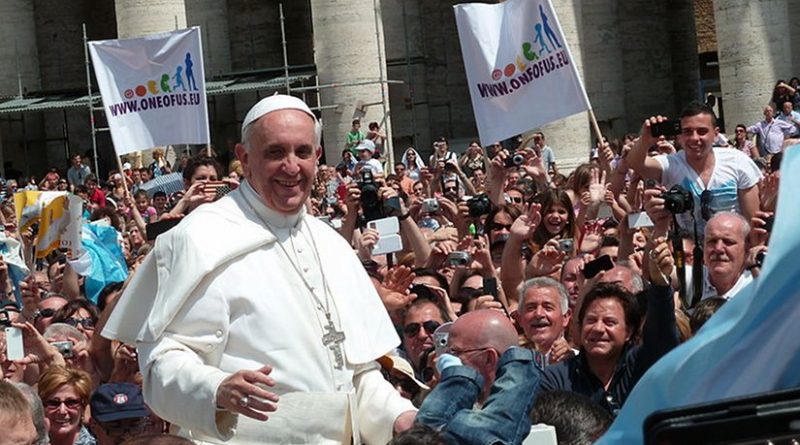 Four alleged terrorist sympathizers who made internet threats against Pope Francis have been arrested. While Italian authorities described them as “highly dangerous,” they said they did not appear to be involved in any specific plot.

“They were threatening the Pope, celebrating the recent attacks in Paris and threatening the former U.S. ambassador to Kosovo,” said Carmine Esposito, a police chief in the northern Italian city of Brescia.

They were arrested on suspicion of “condoning terrorism” and inciting racial hatred, Reuters reports. Their online threats included claims that Francis will be the last Pope.

Four people with citizenship in the Balkan country of Kosovo were arrested Dec. 1 in Italy and Kosovo. Italian police carried out raids in the cities of Brescia, Vicenza and Perugia, the Italian newspaper The Local reports.

Two of the suspects will be expelled from Italy, while a third will be placed under special surveillance. The alleged group leader arrested in Kosovo had combat experience outside the country.

Police said that the alleged terrorist team was a “highly dangerous group” that “propagated the ideology of jihad through social networks.” The team allegedly has links to jihadists in Syria.

The arrests followed a tip from the U.S. Federal Bureau of Investigation.

In the wake of the Islamic State group’s Nov. 13 attacks in Paris which killed over 120 people, the U.S. Embassy in Rome on Nov. 18 warned that St. Peter’s Basilica, Milan’s cathedral, and other prominent locations were potential targets for attack.

Cardinal Pietro Parolin, the Vatican’s Secretary of State, told French daily La Croix that the Vatican could be a target of attacks because of its religious significance and that it was capable of increasing its security.

In the interview, published Nov. 15, Cardinal Parolin also said: “we will not let ourselves be paralyzed by fear.”

This latest image of Jupiter, taken by the NASA/ESA Hubble Space Telescope on 25 August 2020, was captured when the