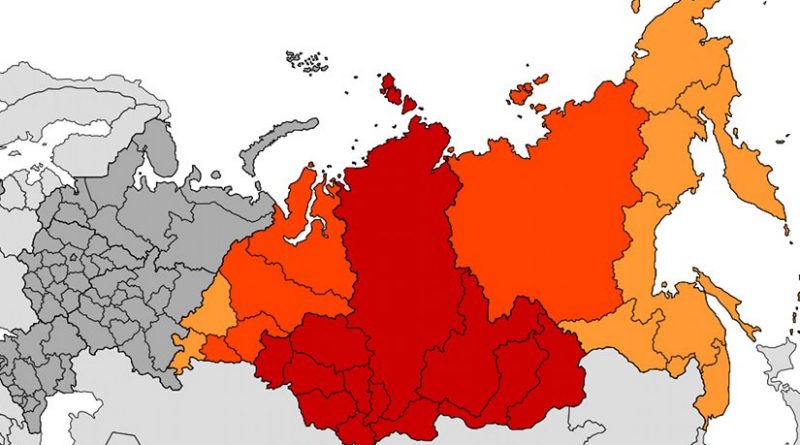 By Ron Synovitz and Sergei Khazov-Cassia

(RFE/RL) — Russia has labeled him a pedophile and child pornographer who posted naked photographs of his 5-year-old daughter on the Internet, then fled Russia to escape a 15-year prison sentence.

But Yoann Barbereau, the former Irkutsk branch director of the nonprofit Alliance Francaise cultural organization, says he was framed by Russian computer hackers and law enforcement.

He says he thinks he became the target of so-called “discredit tactics” because of a “troubled local situation” in Irkutsk, strained Franco-Russian relations, and his “cultural sphere” connections with a mayor who was elected in opposition to President Vladimir Putin’s United Russia party.

Now, back in his native France after three years of trouble in Russia, Barbereau has a story as full of intrigue as the 19th-century Russian novels that attracted him to Siberia in the first place.

It is a tale of geopolitical intrigue, local power struggles, international diplomacy, alleged rot in the legal system, and an extraordinary overland escape across the world’s largest country.

Barbereau says he is determined to clear his name in a case where police have “lost” crucial evidence used to convict him and where a key witness says she was coerced by investigators into giving false testimony against him.

But Russia’s Foreign Ministry stands firmly behind Barbereau’s conviction and says he committed another crime by illegally fleeing the country.

“Russian authorities intend to take all necessary measures to ensure that Barbereau takes responsibility for his actions,” the ministry said in a statement in November after Barbereau’s return to France.

After police took him from his Irkutsk home with a bag over his head in February 2015 and seized his computer, Barbereau spent 10 weeks in a Siberian detention center, 20 days in a Russian psychiatric hospital where he says a 15,000-euro bribe was extorted from him, and 16 months under house arrest awaiting a verdict.

In September 2016, just before the Kuibyshev District Court convicted him as a child pornographer and sentenced him to 15 years in a Siberian labor camp, Barbereau removed the electronic ankle bracelet he’d been ordered to wear and wrapped the GPS tracking device in aluminum foil.

He put his mobile phone on a bus going to Mongolia to throw authorities off his track, then posed as a French tourist to get rides to Moscow using a long-distance carpooling service.

In Moscow, he says he went straight to the French Embassy, where he expected diplomats would quietly smuggle him back to France. But that never happened.

Instead, the embassy gave him refuge while, he was told, negotiations took place “at the highest level” about his case — including “direct talks” between Putin and then-French President Francois Hollande, and then between current French President Emmanuel Macron, Putin, and Russian Foreign Minister Sergei Lavrov.

After 14 months at the embassy, Barbereau says, he “decided to take responsibility” for his situation.

“If they could not get me out, then I had to get myself out of Russia,” Barbereau told RFE/RL.

Slipping out of the embassy unnoticed in the early autumn, Barbereau says he bought equipment for forest trekking — “a backpack, a compass, a GPS navigator, a survival knife, food, water, essentials.”

“I didn’t inform anyone in the embassy, as I knew there could be wiretapping,” he says. “I organized everything myself” after months studying satellite maps of Russia’s western borders.

Then he set off to sneak across the border into a Baltic state that he declines to name.

“When I was in the forest, I met wolves. But meeting wolves was not the worst thing. They passed near me without a clear intention to attack,” Barbereau says. “The real danger lay in the approach to the border, as I knew that Russian border guards have dogs to detain those trying to cross over — dogs that not only injure but also kill. And I knew that there can be snipers in the border zones and I could be shot.”

Once across the border and in the European Union’s visa-free Schengen Area, it was easy for Barbereau to return to France.

On November 10, back in his hometown of Nantes, Barbereau called for a French “judicial investigation” to review the evidence used against him at his trial and recognize what he describes as the inanity of Russia’s accusations against him.

He also announced that his lawyer, Olivier Arnod, was filing complaints against Russian authorities with the Strasbourg-based European Court of Human Rights (ECHR) for “violence, extortion of money, piracy of his computer data, and invasion of his privacy.”

Meanwhile, France’s Foreign Ministry says Barbereau “received consular protection from the moment he was implicated” in the case.

The ministry says “many steps” were taken with Russian authorities “for the sole purpose of finding a solution that would allow Yoann Barbereau to return to France.”

Barbereau told RFE/RL he fled house arrest in Irkutsk because his trial was unfair and it was obvious he had become a pawn in a bigger political game.

“The charge itself was based on evidence that was falsified,” Barbereau told RFE/RL.

Barbereau says he presented “important evidence proving my innocence” and demonstrated that “there were manipulations by the Irkutsk police, or by the FSB (Federal Security Service) with police participation.”

“But the judges were not interested in it at all,” he says.

“There also was evidence of unauthorized access to my computer by hackers who attacked my WiFi connection and used it to publish private photos,” he says, including several naked photos of Barbereau and his daughter, Eloise, sitting on a couch.

Barberau says the photos captured an innocent moment after a shower.

Barbereau’s Russian former wife, Darya Nikolenko, who divorced him after his arrest and moved to France with their daughter, says she also considers the photos to be a private family moment and not pornographic.

But Barbereau says that after the images were stolen by hackers, they were combined by somebody else in a video that included images of children being sexually abused.

That video was published on a social-media website that provides advice on parenting to young mothers in Irkutsk.

A website moderator removed the material within minutes, but that was long enough for a 23-year-old mother to copy it onto an optical disc and, 10 days later, give it to the FSB to become evidence in the future trial.

An independent computer forensic examination of the disc could provide evidence on the veracity of Barbereau’s claim that he was framed.

But a senior police investigator in Irkutsk reported in December 2015, after the trial court returned its guilty verdict, that the optical disc had gone missing from the evidence room and that “there are reasons to believe the mentioned evidence has been lost.”

Barbereau’s former wife tells RFE/RL she believes he is innocent.

Nikolenko says authorities in Irkutsk forced her to sign a false statement against her former husband — threatening to throw her in prison and send Eloise to an orphanage if she refused.

Nikolenko also says a videotaped statement she read out as court evidence had been carefully written for her by an investigator named Aleksei Ius.

She says their daughter also was manipulated and coerced by authorities into making false statements about being molested.

RFE/RL has obtained transcripts of those interviews, which suggest the 5-year-old was coached by interrogators about how to answer in order to “help papa be released sooner.”

According to the transcripts, Ius told the young girl: “Do you remember? We talked with you, that we must tell the truth, so that papa would be released sooner? Remember?”

But Eloise repeatedly denies that any improprieties were committed by her father until, after much persuasion, she seemingly understood how the interrogators wanted her to answer.

Barbereau says he thinks he got caught up in a “troubled local situation” at a time when Franco-Russian relations already were strained by the European Union’s sanctions against Russia over its military actions in Ukraine.

Barbereau’s position at Alliance Francaise-Irkutsk — which received funding from the French Embassy, as well as the city of Irkutsk — made him a highly visible member of the city’s French expatriate community.

He says that made him a target for “discrediting tactics” by police and FSB agents in Irkutsk — particularly in late 2014 when, just weeks before Barbereau’s arrest, France halted the delivery of two French-built Mistral navy warships Russia had purchased.

“There was a feeling of frustration on the part of many Russians, and no doubt, on the part of representatives of the authorities,” Barbereau says. “It created a climate of its own kind.”

“I myself wonder who could have ordered this,” he says. “I don’t have an exact explanation, but one possible explanation is the fact that I was very close to the mayor of Irkutsk at the time, Viktor Kondrashov — who was [elected to the mayor’s office as] an opponent of United Russia, in opposition to Vladimir Putin.”

Barbereau says he worked a lot with Kondrashov “in the cultural sphere” without engaging in local politics.

“Shortly after my arrest, the elections in Irkutsk were canceled and Mayor Kondrashov was replaced by a city manager who was appointed directly,” Barbereau says. “It seems that someone wanted to get rid of this mayor, and probably I was too close to him.”

Barbereau says he also thinks his case was seen as a “career growth” opportunity for police and FSB agents who decided to “bring a case against the Frenchman and plant evidence against him.”

“I think that this is in a sense a parallel system — the FSB and the police, where someone’s private situation, unfortunately, can solve many things in Russia, especially in the regions,” Barbereau said.