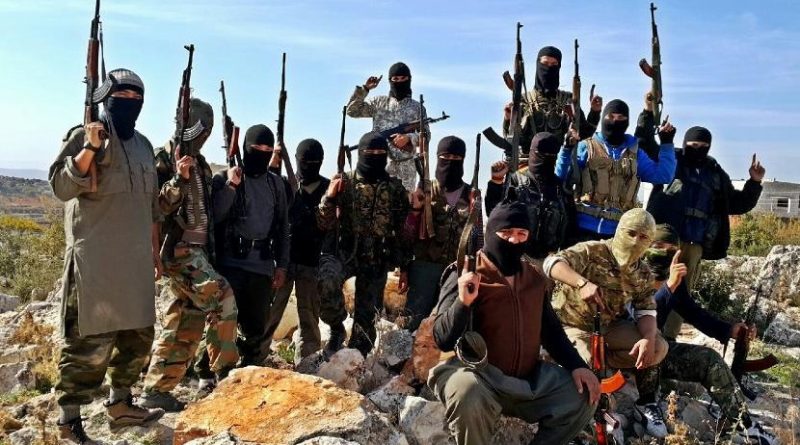 The Turkistan Islamic Party (TIP) called the 19th Congress of the Communist Party of China held in October 2017 “a gathering of atheists” and summoned the supporters to continue the holy war against the Beijing “godless regime”. This message was distributed through the channel via the Telegram of the Media Center Islam Avazi (Voice of Islam) which is considered to be TIP’s propaganda body based in Syria. This was the first reaction of the Uighur militants to Xi Jinping’s re-election as the country’s president.

Xi Jinping believes that the sources of terrorism inside the country are closely linked to Uighur militants of the Turkistan Islamic Party, who are conducting jihad in Syria. The activities of this organization are to blame for the 2012-2015 escalation of terrorist violencein China. The bombing attack of the Chinese embassy in Bishkek in August 2016, committed by a Uighur suicide bomber, shows that China’s super project One Belt and One Road that strives to reanimate the ancient Great Silk Road can be threatened by opposition from Uighur jihadists, not only in Xinjiang, but also in Central Asia and in the Middle East.

Realizing that Uighur jihadists of TIP can severely limit Beijing’s ability to promote its geopolitical interests, the authorities of the Celestial Empire are trying to take preventive measures. The civil war in Syria and the growing influence of TIP in the world’s jihadist movement forced Beijing to make significant adjustments to foreign policy objectives in the Middle East. Last year Xi Jinping introduced a new post – the Special Envoy of the Chinese Government on the Syrian Issue. An experienced diplomat, former Chinese ambassador to Iran, Ethiopia and the African Union Xie Xiaoyan was appointed to this post. Over a year and a half, Xie Xiaoyan not only dealt with the peacekeeping mission, but also coordinated work with the military representatives of Russia, Iran and Syria to counteract the Uighur jihadists TIP.In September 2017, he visited Tehran and Moscow, where he discussed the issue of strengthening attacks on the positions of militants TIP.

Today, several dozen Chinese military advisers are training the Syrian military in Damascus. They were personally invited by President Bashar al-Assad in February 2015.Song Zhongping, a Beijing-based military expert who served in the Second Artillery Corps of the People’s Liberation Army (now the Rocket Force), said that there are already Chinese military advisors in Syria, focusing on personnel training in weapons, since the Syrian government forces are buyers of Chinese weapons, including sniper rifles, rocket launchers and machine guns.

The Chinese advisers engaged not only in training of the military, but also cooperated with Damascus to localize the activity of the jihadists Turkestan Islamic Party. According to the former director of the UN special political mission in Afghanistan, TaalatbekMasadykov,Beijing employs a “Chinese method” for specialists’ participation in combat operations. “This is not being said officially, but Chinese officers work in Syria together with government troops. They do not take part in combat operations, but whenever troops capture TIP or ISIS jihadists, these officers collect from militants first-hand information about individuals who are of interest to the Chinese special services”, said a senior diplomat at Deutsche Welle. According to our information, the Syrian government troops and the Hezbollah group, backing by Russia and Iran, delivered to the Chinese advisers about ten Uighur militants captured during the battle. Following an interrogation, they were sent to China, which discloses no information about their future.

The “Chinese method” of participating in the war targets not only the fight against Uighur jihadists but also the defense of the One Belt and One Road, as part of which China has invested more than a trillion dollars in Africa and the Middle East. Therefore, the resolution of the 19th Congress of the Communist Party of China set a clear task by 2035 to complete the modernization of the country’s armed forces to bring them to the level of the world leading countries. Given the growing military budget of China, which according to official figures for the past year amounted to 146,6 billion dollars, making it the second largest military budget in the world after the United States, the army now has to fulfill a threefold task – to maintain internal security, to combat international terrorism and to protect China’s foreign interests.

In August 2017, China was able to convince Turkey to officially recognize TIP as a terrorist organization. Also, Ankara recently supported Ahrar al-Sham, which is a rival to TIP’s mentor Jabhat Fateh al-Sham. Beijing’s diplomatic effort softened Turkish foreign policy priorities which resulted in a decline in support for Uighur Islamists and Pan-Turkic nationalism.

The Turkistan Islamic Party, in turn, recognizes the strengths and growing power of the Chinese army. In this regard, during their time in Syria since 2012, TIP has managed to modernize the military and technical capacity and expand the influence among the jihadist groups in the world. In response to the decision of the Congress of the Communist Party of China, the Turkistan Islamic Party held a military parade of armed forces in early November 2017. Dozens of vehicles, including pickup trucks loaded with fighters or anti-aircraft weapons, transport vehicles, heavy armor, and many other varieties, are shown driving in Syria’s northwestern countryside. This video, titled “Truth About Chinese Media”, was produced by Islam Avazi Media Center.

This shows that against the backdrop of the fall of ISIS and the military successes of the Syrian army, TIP retained their human and technical resources. TIP achieved this by employing the tactics and strategy of Jabhat Fateh al-Sham, TIP’s main partner in the Syrian war. Both groups are affiliated with Al-Qaeda. It bears noting that there are about 2,000 Uighur jihadists in TIP fighting in the provinces of Idlib, Latakia and Hama.