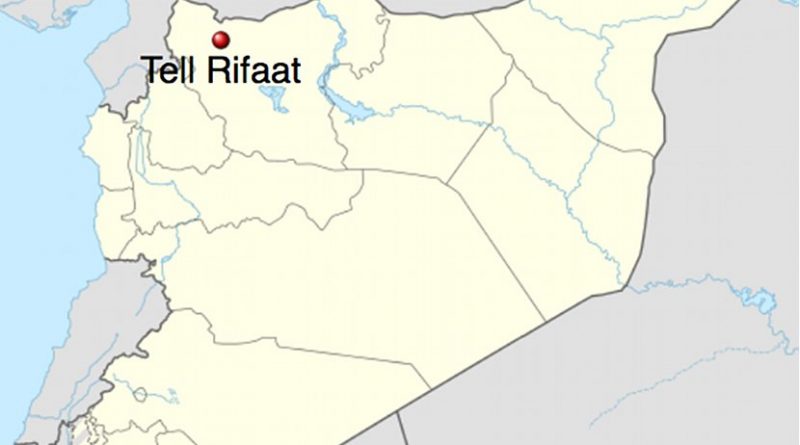 Currently, the process of eliminating ISIS and other radical terrorist groups is coming to a logical end. Simultaneously peace and common life return to the cities and towns throughout Syria.

It has become possible due to the successful steps of the Syrian Arab army (SAA) as well as a lot of efforts done by the Official Government. Both of them create favorable conditions for the return of residents to their homes where they previously lived in peace.

Tell Rifaat located north-west of Aleppo Governorate nowadays is exactly the one where the peace takes place as a special “de-confliction” zone has been established with the assistance of Russia. In order to avoid provocations and to strengthen ceasefire, the Government troops and the Russian military police have been deployed in the region.

To be mentioned is that covering the external borders of the area is provided by the Syrian army. The Russian units ensure the security of locals inside the zone.

During the war years locals had been losing their land and houses, many of them fled, and those who stayed were tortured or killed by the radicals. Today Tell Rifaat is a model of quiet place which is free of terrorists. Even in case of an unexpected attack, it will be successfully repulsed by the Russian AF, which establishes control over the area round the clock from the air.

The guarantee of the Syrian Government and Russian military have created favorable conditions for the return of refugees and internally displaced. According to the local activists, the town has already taken in 188 families or 941 locals.

The Official Government calls its nationals for returning to their homeland more actively. The state makes every effort to rebuild the infrastructure destroyed, to organize uninterrupted food supplies, and to ensure the security of the locals.