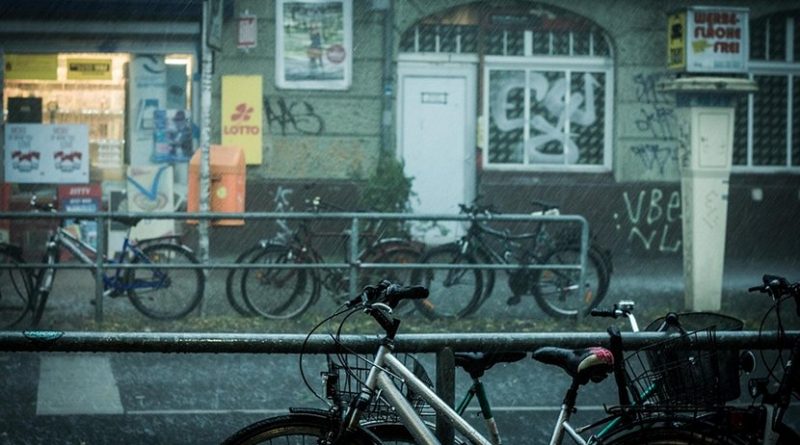 Bicycles are a universal cheap easy simple form of transportation for local city traffic, and also best for preventing air pollution, and an exhaust free solution to reduce atmosphere contamination. Berlin is a paradise for cyclists, a perfect environment with bike lanes everywhere. There are local bike trails with total sum exceeding 650km within the urban city limits. Almost all the streets are smooth, with no ups and downs, no slopes. Bikers can pass long distances with cheap fare Sbahn, Ubahn metro tickets from one end to the other end of the city. Berlin has approximately a a 3.3 million population, whereas there are almost 2 million bikes in the city.

In a business daytime there are almost 500 thousand bikes in the daily traffic. Bikes contribute 13% of local transportation. There are “bike priority” roads. There were approximately 8,000 bicycle accidents in year 2017. Most of the accidents occur in the right turn of traffic lights, where cars turn right and collide with bikes going in a straight direction. The sudden opening of car doors may also create bike accidents. Fast young bikers may create dangerous situations for slow, old age bikers.

Your writer had hard times due to fast cyclists passing from both sides in a narrow bike lane last summer. There are strict cycling rules in Berlin. You will wear safety helmet. You will go from right hand side of the road in bike lane. You must not use your iPhone ever and you must stop at red lights – otherwise to pay a 100€ fine (we know, since we paid once). Cyclists driving in the reverse direction also create danger for sure.

There is a serious number of bike thefts in Berlin, almost 100 thefts per day as of year 2017, with the rate set to  increase each following year. Statistics reveals that only 5% of theft are found. Last week our bike was stolen. It was locked on an electric pole in front of our house with two strong chain locks. Thieves has used chain saw. You have no chance to stop a thief with an electric chain saw, which can be purchased at nearest Bauhous shop for 50€. Last year we bought that bike for 1,000€. It was a latest design with light weight.

Amsterdam, Praque and Rome are the worst in terms of bike theft. Stolen bikes are not sold in second hand open markets since penalties are too high, so bikes are transported to eastern European countries for reselling. Bike thefts have increased with incoming migrant floods. Thieves are mostly migrants or east Europeans. The Berlin police have reacted harshly to bike thieves, with publicly beatings on the street when caught, without caring about negative publicity.

Votes for the Neo-Nazi right wing political party Alternative fur Deutschland (AfD) increases with migrant inflow. AfD has huge success in Eastern Germany, due to increase in unemployment, increase in migrants. If AfD will have any partnership in ruling in future, it will be due to Merkel’s optimistic, soft immigration policies, which increased unemployment, street crime and bike thefts. Angela Merkel is leaving public office and won’t run in the next general elections.

There are all types of theft increases. Our simple cheap door mat was stolen, which was bought the cheap for 4€ from nearest Bauhous.

My red Peugeot bike was purchased in 1965 as a 9th grade high school summer present. After 10 years of riding, it was stolen from my balcony, since it was not locked properly, I felt relatively safe in a plant guest house — and yet, the thief stole my precious childhood toy. That instance taught me not to rely on any loose situation, never leave any article on street, whatever tough locks we have.

When you face a bike theft, don’t worry too much. Feel that it is the time to buy a new better design bike. Decathlon market sells new design bikes for 159€. They are light weight, with no batteries to push. You get better health while riding your bike. You should never leave your bike on the street at night. You better keep your bike indoors, in your cellar, or at your balcony. There is no way, no safety caution you can protect your bike on the street.

Berlin’s outside temperature is around -1C these days in December. It is too cold. Street bikers are relatively in less numbers, however there are people with protective clothing to ride bikes in daytime traffic. New year fairgrounds are installed in public places, there are lots of junk food to eat, hot traditional wine and local beer service accompanied with loud pop music until midnight.