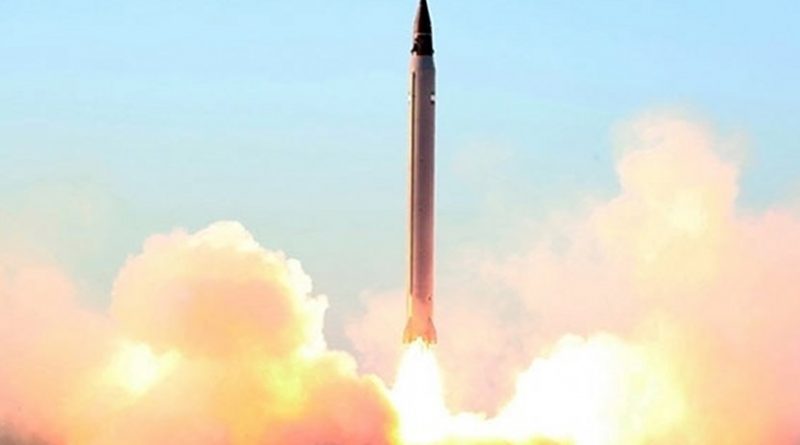 Iran on Sunday defended its controversial missile programme describing it as “defensive”, after the U.S. accused it of test-firing a rocket capable of hitting Europe.

ehran’s foreign ministry said on Sunday that its missiles arsenal does not break international law and is purely defensive in nature, despite the U.S. slapping more sanctions on Iran over the programme.

It follows a statement from U.S. Secretary of State Mike Pompeo on Saturday, in which he accused Iran of test-firing a missile capable of carrying nukes and in breach of the 2015 nuclear agreement agreed between Tehran and world powers.

“We condemn these activities… and call upon Iran to cease immediately all activities relating to ballistic missiles designed to be capable of delivering nuclear weapons,” he said.

U.S. President Donald Trump announced in May that the U.S. was withdrawing from the nuclear agreement describing it as “the worst deal ever”, announcing a series of tough sanctions on the country in the following months.

Iran’s missile programme and regional interference were described as factors in the U.S.’ decision to pull out of the pact.

Iran did not confirm or deny that it carried out a missile test, but Tehran has insisted it is not pursuing nuclear weapons and the missiles and not designed to carry nukes.

“It is… ironic that you cite a resolution that you have not only breached through your unilateral and unlawful withdrawal from the (nuclear) accord but that you also encourage others to breach or even threaten to punish and sanction them if they carry it (accord) out,” the Iranian foreign ministry official added in the statement, according to Reuters.

Tensions have continued to rise between the two sides in the Gulf region, with Iran unveiling a “stealth” warship on Saturday.

A nuclear deal agreed between world powers and Iran was supposed to curb Tehran’s nuclear ambitions and lift sanctions on the country.

The election of Trump set-back relations between the two sides, with conservatives also becoming more assertive in Iran and side-lining moderates.