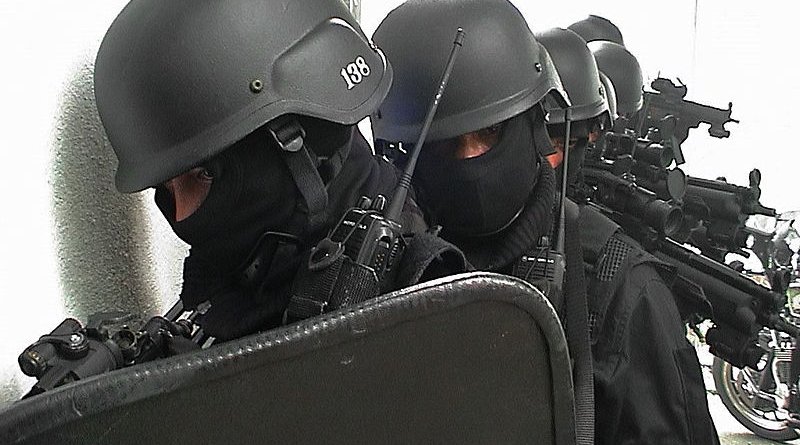 By Hadi Azmi and Aminah Farid

Malaysia’s parliament approved the new government’s first defense-policy paper on Monday, as Defense Minister Mohamad Sabu slammed the intrusion of foreign ships in the nation’s territorial waters as an infringement on sovereign rights.

A copy of the 90-page “Defense White Paper,” which was expected to outline the government’s national security blueprint, including its perspective on non-traditional threats, had been seen by legislators but had not been made public yet.

“The intrusion of foreign vessels in the waters off Sabah and Sarawak in East Malaysia [is] an infringement on Malaysia’s sovereign rights in its exclusive economic zone that is protected under international law,” Mohamad said in his speech to parliament before legislators gave their nod to the so-called white paper.

Mohamad did not identify the foreign ships that had sailed through Malaysian waters without permission, but his statement came right after he talked about the disputed South China Sea.

“The occupation and militarization and other activities by China in the South China Sea and the Freedom of Navigation Operations or FONOPs conducted by the United States had changed the territorial dispute into a global power struggle,” he said, according to a transcript of his speech, which he gave in Malay.

Mohamad told lawmakers that relations between Washington and Beijing had “entered a new phase, which leans towards competing, instead of tolerance.”

“The unstable exterior environment creates uncertainties that can threaten the country’s interests,” he said.

During the five-hour debate prior to the white paper’s approval, opposition parliamentarians lashed out at the government for not providing details on planned military-related acquisitions.

“Plans to build a particular military asset can take more that five or even eight years, and this can affect the trajectory and focus of not only the public but also the members of the armed forces themselves,” said Hishamuddin Hussein, a former defense minister.

Shahidan Kassim, a former minister in the prime minister’s department, also criticized the defense document’s “lack of attention” on the intrusion of foreign powers at sandbanks and islands claimed by Malaysia in the South China Sea.

“Our territories are being encroached by outsiders, but there is still no action from the Malaysian side,” Shahidan told BenarNews as lawmakers debated on the country’s strategic outlook. “Beting Patinggi Ali (Luconia Shoals), for example. These are our territories, these sandbanks, but the waters are patrolled by China.”

The defense chief’s comments came two months after Prime Minister Mahathir Mohamad said that Malaysia would not want to take an aggressive stance toward China in the sea dispute in which the Muslim-majority nation is a claimant state.

“We have to accept the fact that China is a big power,” Mahathir told BenarNews during his visit to New York in September. “The Malay states have existed near China for the past 2,000 years. We have survived because we know how to conduct ourselves.”

“We don’t go around trying to be aggressive when we don’t have the capacity, so we use other means,” he said. “In the past, we use to send to China gold and silver flowers every year as a symbol of our being practically, well, subservient to them.”

Brunei, the Philippines, Vietnam and Taiwan also have their own overlapping claims to parts of the South China Sea, which Beijing claims almost in its entirety. Under Chinese President Xi Jinping’s leadership, Beijing’s military has ramped up its presence in the vital waterway through which about U.S. $5 trillion in ship-borne trade passes annually.

China also rattled nerves around the region last month when it deployed its first domestically-built aircraft carrier to the disputed waters. Beijing’s state-run Xinhua News Agency, however, said the warship merely sailed through the disputed waters as part of “equipment tests and routine training.”

During a news conference after lawmakers approved the white paper, the Malaysian defense minister responded to criticisms that the new document lacked details on funding needed for asset purchases.

“There are things that [cannot be] disclosed and will be discussed at ministerial level, and some which are under the Official Secrets Act,” Mohamad said.

Mohamad told reporters last month that the country had received an offer from Russia to exchange part of its fleet of combat aircraft for newer models, including new Su-35 or MiG-35 fighter jets. He said, however, that the country would not realistically consider buying new combat planes until after 2030.

The Royal Malaysian Air Force currently operates about 18 Su-30MKM fighter planes, which were delivered in 2007, and has recently retired 10 MiG-29s, which were operated since the mid-1990s, according to Jane’s Defense, a website that monitors acquisitions of military equipment worldwide.