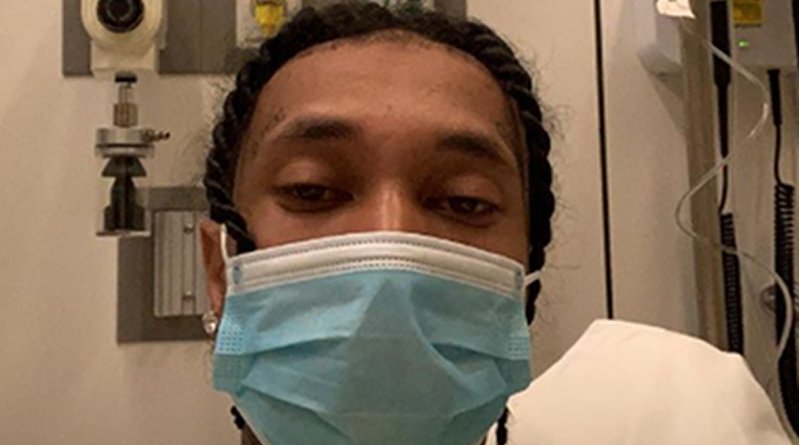 Following his second performance in Saudi Arabia, rapper Tyga has recently shared that he’s been hospitalized in the UAE.

The “Taste” singer was in the UAE capital for an appearance in the side lines of F1 on Saturday night, the same day he performed at Riyadh’s Diriyah Season.

On Sunday, he uploaded a series of snaps on his Instagram Stories of himself wearing a surgical mask at a hospital in Abu Dhabi. He simply captioned the first shot with a crying emoji and a sick emoji.

“Thank you for the doctors in Abu Dhabi for treating me w the best care (sic),” he wrote alongside the second clip.

It’s unclear why the rapper has been admitted into the medical institution, but if his trip to a hospital in India last week is any indication, it could very well be from exhaustion.

According to the Times of India, Tyga—born Michael Ray Stevenson— told fans at his Mumbai concert that he was “feeling under the weather.”

While it’s not yet known whether the rapper is still in the hospital or not, he is expected to take the stage in Hamburg tonight.