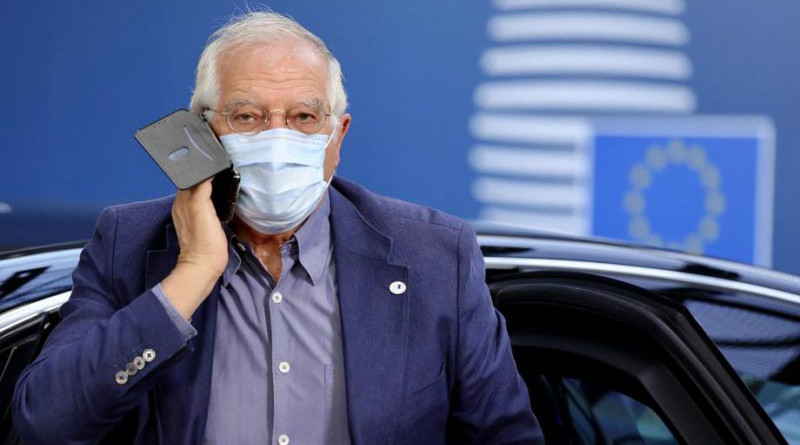 (EurActiv) — The EU’s chief diplomat Josep Borrell proposed a plan on Wednesday (2 December) for a renewed alliance between the EU and the US under President-elect, Joe Biden, based on greater climate cooperation and new efforts to smooth out commercial and digital friction.

After four years of Donald Trump’s “America First” agenda, during which Washington imposed tariffs on Brussels on national security grounds, the EU is now seeking close cooperation with Biden on almost all issues.

“Just as this need for cooperation has become all the more important, so does the transatlantic partnership need renewal,” Borrell said, ahead of an EU summit next week, where EU leaders are expected to debate and approve conclusions on transatlantic relations.

In the 12-page proposal, the European Commission identified a set of priorities such as the management of the COVID-19 pandemic, climate ambition, commercial and digital cooperation, and alignment in foreign policy.

However, the proposal set out few concrete ways to reset progress, other than appealing to “shared values of human dignity, individual rights and democratic principles.”

The common commitment of the EU and the US “is essential in a world where authoritarian powers try to subvert democracies; aggressive actors try to destabilize regions and institutions; and economies closed exploit the openness” of our societies, the document states.

On pandemic management, Brussels urged Washington to work together to guarantee access to the vaccine and treatments, agree on a joint preparation guide and crisis response, and strengthen the role of the World Health Organisation (WHO), which has been fiercely criticised by Trump, who repeatedly threatened to exit the organisation.

One of the priorities in the document is bringing Washington back into the Paris Climate Agreement, which Trump exited after his arrival in the White House, and to convince the US to commit to the goal of climate neutrality by 2050.

The US and the EU “must work closely together on solving bilateral trade irritants,” the Commission said, noting that EU-US commerce accounts for a third of world trade.

The EU side still faces US tariffs on steel and aluminium, and both sides have imposed punitive tariffs, such as on EU planes, wine and cheese, in a dispute over aircraft subsidies. Washington has threatened further duties over EU plans to tax digital services companies.

At the same time, the US under Trump had blocked the appointment of judges in the World Trade Organization (WTO) effectively paralysing its decision-making processes.

In its proposal, the EU said a first step would be to finalise the appointment of a new WTO Director-General and “explore how to restore the essential dispute settlement function by reforming the Appellate Body.”

The Commission said both sides should also open a “transatlantic dialogue” on the power of large technology companies, find fair ways to tax them and address “market distortions in the digital economy.”

Other areas of work would focus on fifth-generation mobile networks, artificial intelligence, data flows and cooperation on regulation and standards.

The proposal comes as both EU and NATO hope to hold a summit in early 2021 in Brussels with Biden.

On foreign policy coordination, the proposals sets the goal of the US returning to the Iran nuclear deal and both sides “to join forces again to preserve the Joint Comprehensive Plan of Action.”

With regard to China, the EU side agrees on joint emphasis of the strategic challenge that Beijing represents in the international arena, “even if they do not always agree on how to tackle it”.

Borrell told reporters on Wednesday, that he had a couple of structured dialogues with outgoing US Secretary of State Mike Pompeo.

However, those have not resulted in substantive discussions so far.

Another priority to renew the transatlantic alliance is harmonisation of views on European security and defence.

“The EU is ready to fulfill its responsibilities, increase its strategic autonomy and ensure a better distribution of the burden of investment in defence,” the document states.

The wording comes a week after the EU’s first-ever defence review painted a gloomy picture for the bloc’s ability to achieve ‘strategic autonomy’.

It also comes amid the EU’s ongoing preparations to draw up a military doctrine by 2022, the ‘Strategic Compass’, to define future threats and ambitions, and a growing debate over whether Europe should aim to enhance its military might independently from the US.