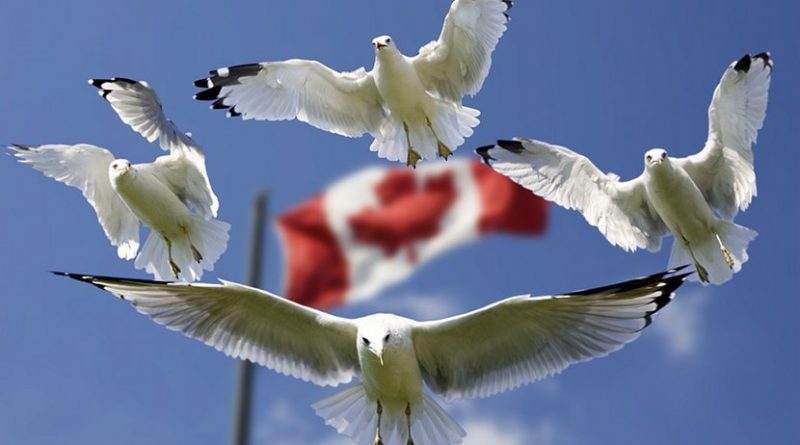 Prime Minister Justin Trudeau delivered his Canada Day address for Canada’s 150th anniversary on Parliament Hill to celebrate the formation of Canada and all of its glorious successes since its conception. Instead of delivering a positive but realistic speech on Canada’s history, Trudeau pointed to Canada’s past with a blind eye and made few attempts to promote a path for change in its future.

By presenting a speech imbued with racial and hierarchical subtext, Trudeau openly celebrated the nation’s historically oppressive structures of power and concealed Canada’s pervasive assimilationist policies. Through the allusion of multiculturalism, or the inclusion of all cultures and identities in one nation-state, Trudeau promoted the notion that Canada is truly an equal and diverse nation. By alluding to Canada’s many “successes” because of its “multicultural” nature, Trudeau ignored its injurious and traumatic policies and thus attempted to erase and ignore Canada’s multifaceted oppressive and racialized history.

Secondly, Trudeau perpetuated the notion that Canada is a welcoming country that protects all cultures and people from harm, though in reality, Canada acts as a colonizer who forces its beliefs upon all racial minorities it encounters both domestically and internationally. Concurrently, Trudeau begins his speech with what has become the obligatory acknowledgement of settler-Canadians forced occupation of the ancestral lands of the Indigenous Peoples – an impossible acknowledgement given the uninvited arrival and settlement of Canada’s colonizers that delivers a disturbing story of subjugation alongside marginalization.

The speech emerges from a punishing simplification of “acknowledging” the colonization of others and their lands, casting aside the necessity of recognizing a need for multiple acknowledgments, while perpetuating the narrow readings of culture by homogenizing some through the misguided perception of similarity, and othering this and that culture and ethnicity.

This unfortunate amateurish approach by the Prime Minister to understanding multiculturalism is reinforced by saluting the structures of powers in the form of the British Monarchy and its representatives on that day, the Prince of Wales and The Duchess of Cornwall, that have been critical in the aforesaid historical subjugation of non-whites and non-Anglo-Saxons for bleaching the historical truths of Canada and its history.

Trudeau’s conflicting promotion of both multiculturalism and a singular nationwide “Canadian” identity outlines the disjoint in Canada’s national narrative and signifies how the government does not uphold, nor intend to uphold, its own policy of multiculturalism. Instead, policies and attitudes decorated with the “multiculturalism” label perpetuates Canada’s ongoing colonialist policies as it does not promote diversity amongst Canadians, but instead, endorses one national narrative that stunningly divides its citizenry into two groups: the dominant and homogenized white Canadians and the “other.”

In October 2017, Québec passed Bill 62 that required women to uncover their faces when receiving municipal or provincial services. The Bill, implemented to foster secularism and ‘protect’ women from the Western perceived oppressive nature of Islam, is an attempt at limiting minorities’ religious expression through the requirement of strict conformity to Québec’s secular laws. Bill 62, although a provincially mandated bill, displays many Canadian’s negative attitudes towards cultural and religious minorities who do not engage in Anglo-conformity, according to Yasmeen Abu-Laban in “Diversity in Canadian Politics” (Canadian Politics). She asserts further that Anglo-conformity, or the assimilation to the white settler Canadian identity, is a hidden value in Trudeau’s speech that he promotes through emphasizing both English and French as the two founding nations and two core languages spoken in Canada.

We find that although bilingualism is a central narrative in Canada’s national identity, Trudeau’s emphasis on the two “core” facets of Canada’s citizenry buttresses a hierarchy of cultures and identities with British and French being the “most” Canadian and all other ethnic minorities labelled as the “other” who do not identify with the “founding fathers” following behind in disparate order. Trudeau’s speech, although having promoted the concept of multiculturalism extensively, goes against the oft-perpetuated and therefore popular belief system that Canada is an equal and accepting society because it attempts to subjugate those who are not of English or French ancestry.

Trudeau also immortalizes Canada’s assimilationist tendencies through the promotion of the image of Canada as a “protector” nation internationally. At the beginning of his speech, Trudeau mentioned Canadian “expat friends and family” gathered in places such as Hong Kong and London to celebrate Canada’s 150th anniversary while also pointing to Canada’s triumphs both scientifically – assimilating the accomplishments of non-white and non-Anglo-Saxon accomplishments – and on the battlefield – where Canadians experienced brutality and bloodshed as a result of Canada’s decision to participate in imperialistic wars under the guise of freedom and democracy.

By mentioning the abundance of Canadians around the world, Trudeau alludes to the strength of both Canada’s global connections and its unequivocal belief in human rights and political freedoms. These global connections resulted from a plethora of Canadian initiatives such as participating in the World Wars and winning international recognition for fighting in war zones such as Kandahar, which have since become stories of English and French Canadian heroism.

According to Claire T. Sjolander and Kathryn Trevenen in “Constructing Canadian Foreign Policy: Myths of Good International Citizens, Protectors, and the War in Afghanistan” (Canadian Foreign Policy in Critical Perspective), citizens around the world envision Canada as a great peacekeeping nation who is an avid supporter of multilateralism, global citizenry, and is a protector of the weak, even over its own self-interest.

Canada has prided itself as a country, in most circumstances, in which it opens its doors to refugees and asylum seekers to offer them a better life – one free of oppression, hatred, and violence. Yet, what Sjolander and Trevenen postulate is that, while Canada prevents the elimination of ethnic minorities abroad, it struggles, and in many cases fails to prevent the same intolerance within its own borders.

One reason behind Canada’s inability to protect its own civilians stems from globalization, which Janine Brodie reasons in her work, “Three Stories of Canadian Citizenship” (Contesting Canadian Citizenship: Historical Readings), is largely responsible for the construction of different national identities and narratives that result in the creation of two separate groups in Canada: a “Canadian” identity and the “other.” Canada creates a façade of “diversity” and “peaceful coexistence” to mask its systemic and racist tendencies and the struggle of Canadians of different sorts through the use of multicultural tolerance.

Multicultural tolerance, reasons Darryl Leroux in “The Many Paradoxes of Race in Québec: Civilization, Laïcité and Gender (In) Equality” (Critical Inquiries: A Reader in Studies of Canada), is “a strategy aimed at reproducing and disguising relationships of power in society” to perpetuate the Canadian government’s domination over the “other.”

Such views are equally carried forward by Alain-G Gagnon, in “The Five Faces of Québec” (Canadian Politics). Malinda S. Smith, exploring Canada as an illusory “tolerant,” “multi-ethnic,” and “color-blind” society in her work, “Race Matters’ and ‘Race Manners’” (Reinventing Canada: Politics of the 21st Century), similarly would agree that Canada implements multicultural tolerance and that Trudeau’s speech attempted to bolster Canada’s Eurocentric attitude and preserve its white settler society and privilege.

Throughout the speech, the rhetoric Trudeau’s espoused created a dichotomy between the Canadian policy of multiculturalism where everyone is welcome and part of the “Canadian” national narrative, but also one that creates limitations to citizenship and acceptance of others who are not descendants of select white, and Western European settlers.

The latter point warrants extensive criticism in itself for its preferential treatment of those with the necessary financial resources to enter Canada through alternative immigration means such as the study permit, which is the primary gateway to Canada that allows for a post-graduate work permit, then permanent residence, then citizenship.

Those who immigrate by other means have no choice but to rescind part of their culture identities vis-à-vis such rules as the Anglicization of their names, sometimes resulting in a different name entirely. The concept of “multicultural” and the idea of “everyone” constitute ongoing points of controversy in the Canadian immigration law community and others. In 2019, migrating Indian diaspora accounted for 25 per cent of the 341,000 immigrants Canada accepted, whereas Chinese immigrants accounted for approximately 9 per cent, and Filipino immigrants around 8 per cent. The Canadian government has recently publicized plans to diversify its immigrant source countries.

Throughout Trudeau’s speech, he attempted to mask the racist power structures in Canada through the call “for our never ending desire to be better” and the need for Canadians to further the reconciliation process. Many Canadians may have found Trudeau’s classic rhetoric of passing responsibility onto all Canadians and speaking on behalf of all Canadians a familiar chime. However, Trudeau never discussed how to move forward on the path of reconciliation and true equality amongst all Canadian citizens because the Canadian government hid almost all of its systemic racist policies through the national narrative of multiculturalism as another familiar practice in Canada but one that seemingly sells around the world.

Although Trudeau’s speech appeared as a celebration of Canada’s improvement as a nation, it displayed the Canadian government’s inability to recognize its historically oppressive policies and the divisive nature of its multiculturalism policy that has now created two separate identities in Canada: the white European settler, and the “other.”

*This op-ed was co-authored with Sarah J. Clifford. She is the primary author.

Sarah J. Clifford is a graduate student at the University of Copenhagen (Denmark), studying Political Science with a focus on international relations and gender. Her research explores the intersections of American militarized masculinities, identity politics, and education policies through a post-structuralist lens.