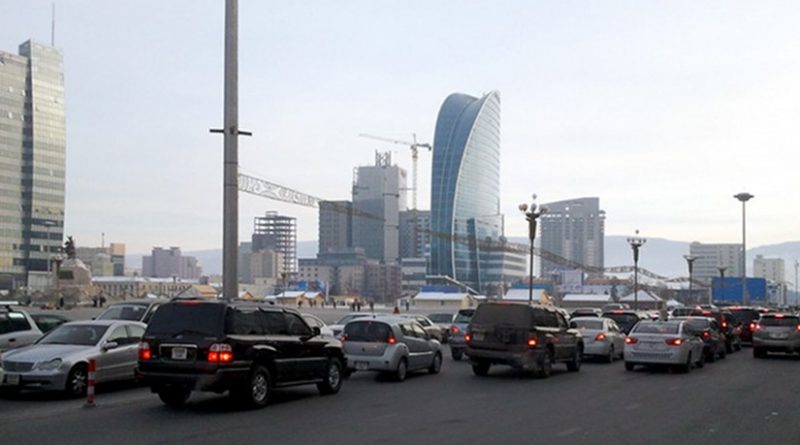 Mongolia’s air pollution has reached the point of affecting the country and city’s national security, says Samantha Brletich, a freelance writer and researcher on the region of Central Asia, in her article “Mongolia’s new approach to curb air pollution” published in foreign Media.

“Roughly half of Mongolia’s 2.8 million population lives in Ulan Bator. […] In December 2016, Ulan Bator’s air quality registered five times as worse as Beijing’s and is 80 times more than recommended levels by the World Health Organization,” the article says.

According to the author, Ulan Bator has seen an increase in pollution from coal burning furnaces and motor vehicles.

“Mongolia’s harsh winters require residents and businesses to burn coal. […] Mongolia’s Gers (yurts) dwellings contribute to air pollution as they are on the outskirts of the city, use coal furnaces for heat, and are not connected to the city-level infrastructure,” the analyst says.

Almost 60% of Ulan Bator residents live in ger settlements, which became a popular form of housing for migrants as housing prices in Mongolia have peaked in recent years, she says.

At the same time Samantha Brletich stresses that Mongolia’s “Ulaanbaatar 2020 Master Plan and Development Approaches for 2030” outlined several changes which involve the creation of the central area, middle area, and fringe area connecting the central area to the grid and the middle area partially to the grid; the fringe area, where Gers are located, will be replaced by private housing or low-rise buildings with self-sustaining utilities.

“Three decrees will be presented at Mongolia’s National Security Council meeting. The Restriction Action decree states ‘rural residents, excluding those who require long-term medical care, those who already own an apartment, and those who have a mortgage loan, will be restricted from taking up residence in Ulaanbaatar’,” the researcher says.

Meanwhile, the two other decrees, rooted in urban planning, will divide the city into zones including the establishment of ‘eco areas’ and the establishment of air pollution zones with the regulation what buildings and dwellings can use what energy source to produce heat, she adds.

“The Ulan Bator city government, prior to the three decrees, implemented regulations to curb air pollution. To decrease vehicular traffic restrictions were placed on vehicles based on license plates’ numbers determining what days residents can drive their vehicles. The result would be less congestion, shorter commutes leading to less road time, and less vehicle emissions,” the author says.

Moreover, the expert stresses that a working group tasked with lowering air pollution has been working since June 2016 to develop a national approach.

In her opinion, the power plant outside of Ulan Bator will assist the city in reaching its electricity-output goals and curbing air pollution.

“The Engie group will operate the plant, a combined heat and power facility called CHP5, for 25 years and will add to the Newcom’s 50-megawatt Salkhit wind farm built in 2013,” the analyst says.

At the same time, she stresses that Ulan Bator stretching over long distances, lacks a comprehensive public transportation system: there is only a rapid bus system financed by the Asia Development Bank.

“According to Mongolia Media, metro stations will be completed by 2020. An underground metro system is required because of population growth and would aid Ulan Bator in becoming a ‘compact city’ and a green eco-city. The Ulan Bator (Ulanbataar) Clean Air Project, funded and approved by the World Bank in 2012, ‘is to enable consumers in Ger areas to access heating appliances producing less particulate matter emissions’ and develop particulate matter reduction measures in Ulaanbaatar,” the expert says.

According to her, previously the country has also actively participated in international initiatives aimed at improving the environmental situation.

“Mongolia signed the 2015 Paris Agreement and joined the Kyoto Protocol in 1999. Mongolia strives to meet Paris Agreement standards by curbing greenhouse gases and pollution by utilizing methodologies developed under the UN’s Clean Development Mechanism. Mongolia submitted its climate change action plan to the UNFCCC in September 2015,” the author reminds.

Meanwhile, according to her, multiple international organizations including UNICEF and the World Health Organization still warn Mongolia against the adverse effects of heavy smog and pollution.

From her point of view, rural to urban migration is impacting air pollution beyond seasonal migration or service-based migration—seeking medical services and employment.

“To control migration, Mongolia may expand of Ulan Bator, encourage settlement in peripheral cities, and develop rural areas which have been under stress since the 1990 reforms impacting agriculture,” the author sums up.

One thought on “Ecological Situation In Mongolia Affects National Security”