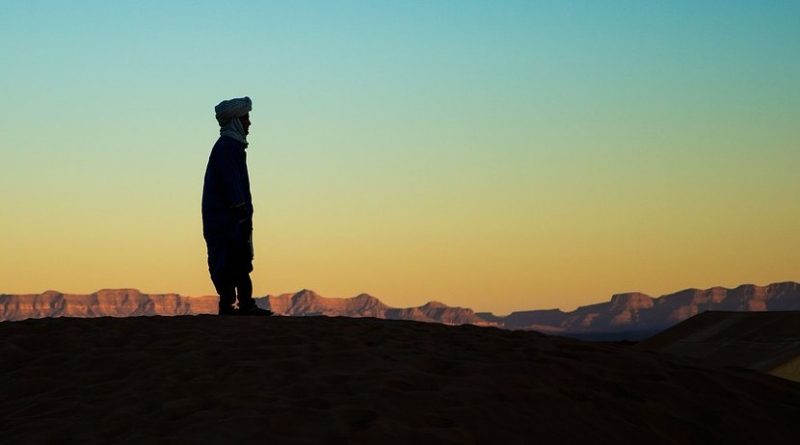 “Lifestyle” is defined as the way human beings organize their lives and “belief system” as a collection of convictions with which human beings cosmologically and temporally orient themselves. Amazigh culture rests at the foundation of both the dominant lifestyle and belief system in contemporary Morocco.

Examples of Amazigh influence on popular Moroccan lifestyles justify the active role that Morocco’s original people have played in shaping today’s cosmopolitan Moroccan society. The twiza, or family support network, is an Amazigh concept that has become the foundation of Morocco’s contemporary social structure. The concept twiza advocates family support for the individual beginning with the immediate family and extending outwards to concentric extended family circles if necessary. The goal of twiza is to support an individual Amazigh family member by pooling his or her family’s resources as necessary.

Despite centuries of official attempts at marginalizing Amazigh culture in Morocco, concepts such as twiza remain widespread throughout the country. Diverse cultures (including Arab and Gnawi) in Morocco adhere to twiza to maintain individual stability via family solidarity. Twiza manifests itself in both moral and material support. For example, in traditional Amazigh society a man who loses his wealth will receive financial support from his immediate family. If his immediate family is unable to help him, his extended family will offer him financial assistance in order of consanguinity to him.

Today, the dominant support network in Morocco is the family unit. Moroccan families, whether they identify as Arab, Amazigh, or both, act as an available support network for needy family members. The Amazigh concept of twiza valorises family support and reinforces the family unit as the foundational social structure of contemporary Moroccan society. Twiza is one of many Amazigh influences on the dominant lifestyle in Morocco.

Amazigh contributions to Moroccan belief systems manifest in many ways. Amazigh contributions to popular Islam in this country. Sunni Islam of the Maliki jurisprudential (fiqh) school is the dominant faith tradition in Morocco. Sufism (tasawwuf), or belief in the Friends of God (awliya’ Allah), is a widespread school of Islamic mysticism that reinforces the central tenets of Islam (usul al-din) by advocating human devotion to Islamic sages (sing. murshid pl. murshidun) who belong to complex teaching lineages (sing. tariqah pl. turuq) that extend generationally from contemporary sages to the Prophet Muhammad. In Morocco, Amazigh customs and belief systems centrally inform popular Islam, including Sufism as practised by Sunni Maliki Muslims.

Moroccan Muslims adhere to various forms of Amazigh-influenced Sufism ranging from extremely antinomian turuq to highly austere shari’a-minded turuq. For example, some Moroccan Muslims revere the “practical piety of ‘Abd al-Jalil al-Dukkali” a devout [Amazigh Sufi wali] from the High Atlas whose Islam remained close to the basic legalism of the Almoravids.” 2

Others revere the great Amazigh awliya’ of Fez and Marrakesh, Harzihum and Abu Ya’za. Harzihum was concerned with legalistic matters (fiqh) and asceticism (zuhd). Abu Ya’za 3 (also known as Moulay Bou ‘Izza) only spoke Tamazight and was renowned for his profound piety. Harzihum, who became known in Morocco as Sidi Harazem, became the “patron saint of a spring in the valley close to Fes, an iconic example of the persistence of pagan beliefs in the divinity of nature in both Christianity and Islam”. 4

The Amazigh’s ancient animist belief in the religious significance of seasons gained an additional layer of Islamic meaning when Moroccan followers (sing. murid pl. muridun) of the Amazigh Sufi Sidi Harazem associated the miracle (karamah) of spring with this Friend of God. Popular Islamic mysticism, or Sufism, in Morocco reconstructs pre-Islamic religious phenomena through an Islamic theological medium. Amazigh awliya’ Allah, or Friends of God, do the crucial job of localising the Islamic tradition into their Amazigh linguistic and religious contexts. Popular Sufi Islam in Morocco is therefore a tradition that valorises both the local Amazigh cultural context and the Islamic tradition.

The relationship between Islam and the Amazigh in Morocco is mutually enhancing. Islam constitutes the religious tradition of the Amazigh. The Amazigh in turn colour the tradition with their local languages, customs and beliefs, some of which predate Islam. These Amazigh influences on Moroccan Islam extend beyond the Amazigh community as well. Moroccan Sufi-minded Muslims of all ethnic backgrounds draw inspiration from Amazigh awliya’ such as Sidi Harazem.

The relationship between Amazigh culture and Moroccan society is direct. Amazigh lifestyles have found their way into dominant Moroccan lifestyles. The twiza system is one example of the Amazigh contribution to a cosmopolitan Moroccan cultural attitude that regards family as the societal bedrock. Amazigh belief systems also colour the interpretations and practises of Islam in this country. The beliefs and lifestyles of Morocco’s original people are therefore central to contemporary Moroccan culture.