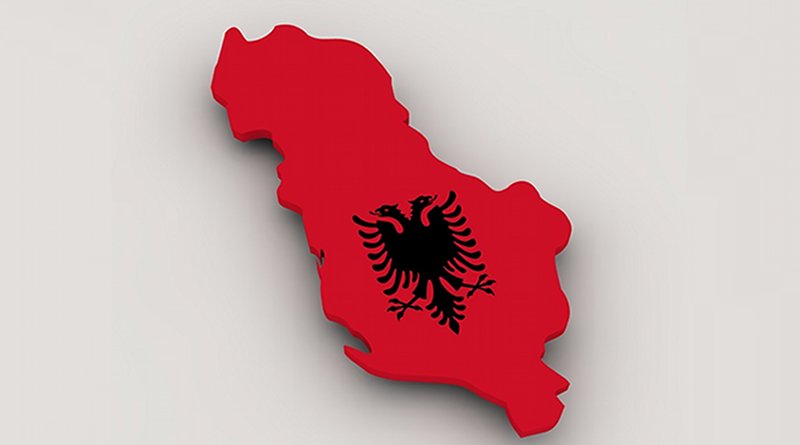 The Republic of Albania, with a territorial size greater than Vermont, is a nation with an attractive climate, hard working people, plenty of natural resources and embodies a great potential in sustainable tourism industry.

However, well sophisticated transnational criminal gangs – deeply influential within the circles of Edi Rama and his cronies – are horribly deteriorating the international image of the country and are the principal source of violence in Albania, Belgium, United Kingdom and the Netherlands.

Moreover, Albania’s organized criminal networks, sheltered by Tirana’s ruling elite, are enabled to proactively engage in trans-Atlantic drug traffic of large proportions as well as establish ties with organized crime in London, Quito and Brussels.   The kidnapping and killing of Jak Prenga, the cold blooded execution of Kastriot Reçi in Rrëshen, are some of the recent acts of violence that illustrate a deeply rooted illegal activity of international drug trafficking that encompasses at least three countries and three continents.

As if it weren’t bad enough, Edi Rama has used every instrument in his tool kit of statecraft to harm the strategic partnership that has existed for decades between Albania and the United States of America. According to Kastriot Islami, a Former Albanian Foreign Affairs Minister (2003-2005): “Edi Rama at that moment when he portrayed the U. S. Presidential candidate Donald J. Trump as ‘the shame of mankind’ and even calling upon American voters ‘to vote against him’.  Meanwhile after the landslide victory of President Trump, Edi Rama not only tried to wipe out this unprecedented mockery, he also paid huge amounts of money to influential K street lobbyists (financial transactions that he had never made public) in trying to get a face lift and meet with President Trump in Washington.  Edi Rama has even fraudulently shaped a domestic image that portrays him very closely tied to the White House while ruining the institutional independence among the three branches of government and propping up anti-popular policies.”

Since 2017, Albanian National Assembly has lost its autonomous voice, it is shaped by a rotten leadership and over a dozen of its members (MP) were indicted abroad for committing serious crimes; indeed the majority of them are deeply tucked into Edi Rama’s deep pockets.

Another farce action was taken in the field of war against corruption; on January 31st, 2020, was presented the Anti-KÇK (Catch What You Can) legislative package (empowered by the force of law with a normative act); this initiative, as mentioned in Albanian media, will bring changes to the Anti-mafia law, the State Police legislation, legal procedure of administering confiscated assets, the Status of Judges and Prosecutors, currently has been approved by Albanian National Assembly.

On December 6, 2019, about 21 civil society organizations issued a public statement in reference to this initiative that already has the force of law towards handling the combat against organized crime and terrorism.

While considering that such a package is of particular importance that could also violate the citizens’ rights, the above mentioned organizations called for the discussion of such a package to be inclusive and in compliance with the Constitution and the European Convention on Human Rights.

In the same vein, Martin Henze, Economic Counselor to Germany’s CDU, states: “Anti-KÇK package, clearly contradicts the rule of law principle of the Albanian Constitution to be an absurd theater in Albania, the Rama Government is the mafia, according to international organization…”

Moreover, a press release issued by the Ministry of Justice gives the impression that civil society will be marginalized once again.

Furthermore the international community must understand that Edi Rama’s legislative package will further strengthen the immunity of drug cartels in the country, interfere with important laws (including the new Law on Justice Reform No. 96/2016 “On the Status of Judges and Prosecutors”) and further bolster ties of organized crime with Albania’s cabinet of ministers.  In Tirana, local civil society organizations are kept in the dark, prohibited to know the content of this package, as a result Mr. Rama’s government is breaching the principles of open, transparent and accountable governance.

As an example: Article 28 of the Rules of Procedure of the National Assembly does not allow the accelerated procedure of this law; the same concept is also elaborated on Article 81, paragraph 2 of the Constitution (i.e. laws requiring the qualified majority approval of at least 3/5 of the MP-s). These law amendments have been approved by a specified voting, i.e. pursuant to Article 81, paragraph 2 of the Constitution meanwhile the country’s autocratic elite will continue to amass enormous fortunes with drug trade, weapons trafficking and illicit activities as their country is used as a pawn in the middle of geopolitical and economic adversities.