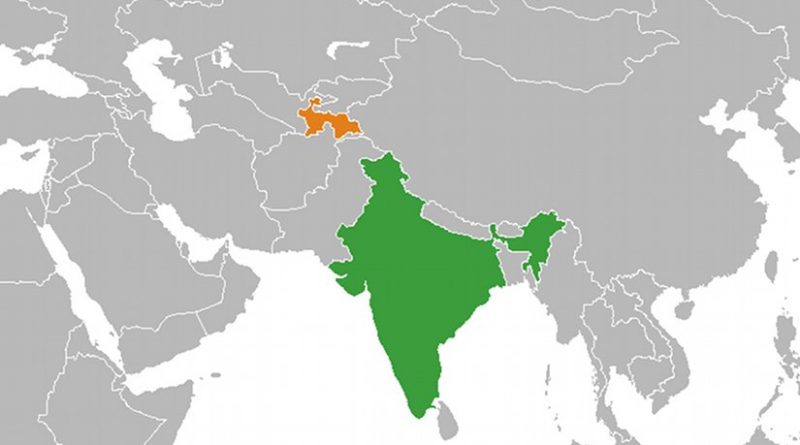 The ties between India and Tajikistan overall have been marked by cooperation, cordiality and closeness. The relations between the two countries thrive on a mutual understanding of the relevance of each other. Economically, where a resource-rich Tajikistan provides the burgeoning markets and manufacturing hubs in India access to energy and minerals, Tajikistan sees in India an able partner that can assist in developing its information technology, education and agrarian sectors. Strategically, there has been a history of cooperation between the two countries – spanning from the signing of bilateral defence cooperation agreement as far back as in 2002 to the elevation of their association to the level of ‘strategic partnership’ in 2012.

India and Tajikistan endeavor to further solidify their ties as they recognize that economic cooperation and their strategic congruence on vital issues can lead the way.

Bilateral trade between India with Tajikistan is not at any significant level and much below its potential. One of the biggest dampeners to their economic engagement is lack of direct access. While Tajikistan majorly imports India’s pharmaceutical products, the Indian imports from Tajikistan have included cotton, aluminum and other minerals.

Working towards improving connectivity between India and Tajikistan, the two countries are currently looking at trans-national, regional initiatives for the same. For instance, Tajikistan has reiterated its support for the India-led the International North-South Transport Corridor (INSTC) The development of Chabahar port by India in Iran, as the port-head to a web of rail and road links through Afghanistan, is also being touted as alternative route that will provide India access to Central Asian Republics, including Tajikistan.

Furthermore, both the countries have recognized that the proposed Pakistan, Afghanistan and Tajikistan Trilateral Transit Trade Agreement (PATTTTA) would be central to facilitation of trade between Tajikistan and the countries of the South Asian region.

Cooperation in health sector is another facet of engagement for India and Tajikistan. Given the growing number of people from Tajikistan visiting India for medical treatment, the countries have agreed to expand cooperation in the field of health. Tajikistan has welcomed India’s proposal to implement a tele-medicine project in Tajikistan by connecting reputed multi-specialty hospitals in India with hospitals in Dushanbe and other regions of Tajikistan for offering medical consultation and education.

India had also provided two million doses of oral polio vaccine through UNICEF in November 2010 to assist Tajikistan in managing a massive polio outbreak in the country. Giving the medical services in Tajikistan a shot in the arm, the Government of India gifted a high-quality ambulance to the Governor of Khorog city of the Gorno-Badakshan autonomous Region (Pamirs) in 2013. Added to which, India in September 2015, granted USD 100,000 in humanitarian assistance to Tajikistan for providing relief to the flood and mudslide-affected people of GBAO and Rasht valley in response to Tajikistan’s appeal for international humanitarian aid.

Tajikistan’s importance for India lies in its geo-strategic location. Sharing its borders with China, Afghanistan, Uzbekistan, and Kyrgyzstan, Tajikistan is located in proximity to Pakistan occupied Kashmir (PoK). Apart from providing access to other Central Asian countries, Tajikistan assumes a significant place, especially in the context of India’s security equations involving Afghanistan and Pakistan. It has been reported that during the Afghan Civil War and the era of Taliban, India along with its Russian, Iranian and Uzbek allies had maintained its presence in Tajikistan to support the Ahmad Shah Massoud-led Northern Alliance. In fact, India is among the only four countries that operates a joint military base (with Tajik Air Force) (Farkhor) in Tajikistan.

Given the rising threat of the Islamic State in Central and South Asian regions, combined with problems associated with terror financing through narcotics, India and Tajikistan find their strategic and security priorities converge to tackle these concerns. Infiltration of extremists into their national borders due to the deteriorating security situation in Afghanistan is commonly perceived as a major threat to domestic security and the stability of their shared neighborhood.

Dealing with the menace of terrorism, India and Tajikistan have decided to reinvigorate official-level interactions in the framework of the Joint Working Group (JWG) on Counter Terrorism for strengthening cooperation in the fight against terrorism. The two countries have emphasized the need for continued cooperation between their security agencies, including information sharing mechanisms to counter the growing menace of extremism and terrorism. Both sides further emphasized the need for adoption of the “Comprehensive Convention on International Terrorism” by the UN General Assembly.

On the defence front, India, as part of its bilateral defence cooperation agreement of 2002, has helped Tajikistan in refurbishing the Ayni airport near Dushanbe which is fully operational now. Assisting it in the re-operationalization of the air base, India’s Border Roads Organization in 2007 spent USD 70 million restoring Ayni, lengthening its runway to 1.9 miles, and building hangars including three hardened shelters, an air traffic control tower and perimeter fencing . Having brought it back into action, India has upped its efforts to secure the lease for this base given its strategic location; a task that has proven to be a tough call to this date due to Tajikistan’s reluctance in the face of Russian disapproval and rivaling Chinese investments.

India’s defence cooperation has not been restricted to material support alone. Capacity and institutional building of the armed forces of Tajikistan has been another area of cooperation. For instance, in 2003, New Delhi conducted its first Central Asian military exercise with Tajikistan. India’s donations to the Tajik defense ministry have included two Mi-8 helicopters along with critical spare parts, trucks and other vehicles, about 10,000 uniforms, and computers. In addition, hundreds of Tajik military cadets and officers have been trained at India’s National Defence Academy since 1998. India also funded the refurbishment of the Tajik Military Institute in Dushanbe. The cost of training Tajik military personnel is borne by India.

India and Tajikistan have cooperated on various multilateral platforms, including the United Nations and Shanghai Cooperation Organization, where Tajikistan’s has extended its support to India’s bid for a permanent seat in the United Nations, it has also echoed India’s concerns on Afghan peace process. India and Tajikistan have maintained that the Afghan peace process has to be Afghan led, owned and controlled to bring about any sustainable improvements in its security situation.

As India reaches out to the Central Asian Republics for projecting its economic and strategic power, the increasing presence of the Chinese in the region will certainly leave an impact on India’s ambitions there. China’s increasing involvement in Tajikistan, courtesy its geographical proximity and the geo-strategically ambitious project of ‘One Belt, One Road (OBOR)’, is being seen as a potential factor that could swing away Central Asia from the Indian influence in a considerable way. Furthermore, the partaking of benefits of this cooperation between China and Central Asia by Pakistan has India concerned.

As OBOR still remains a work in progress, in the short and medium term, India must combine its increasing investments with careful soft power recalibration to keep these nascent democracies and republics on path of mutual cooperation and development.

*Chayanika Saxena is a Research Associate at Society for Policy Studies. Comments and suggestions on this article can be sent on: [email protected]