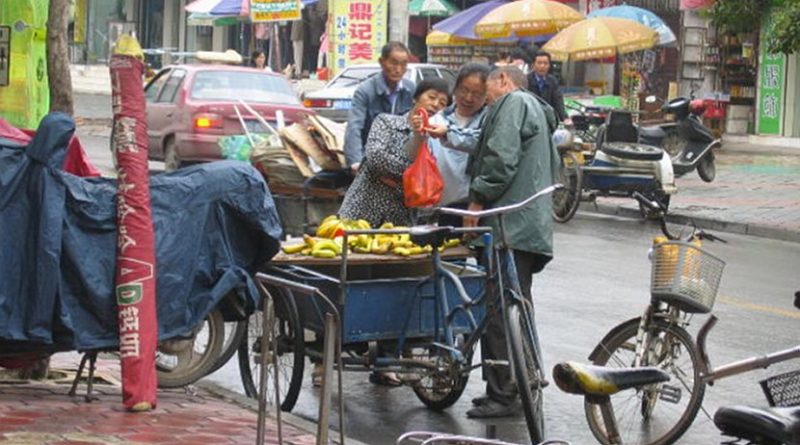 The sound and fury over a threatened trade war between the United States and China may signify relatively little to either economy, at least so far, analysts say.

Initially, both U.S. and Chinese stock markets dropped sharply with losses of about 4 percent on March 22-23 after President Donald Trump announced plans for U.S. $60 billion (377 billion yuan) in tariffs on Chinese goods in retaliation for intellectual property (IP) violations.

The penalties under Section 301 of a 1974 trade law came on top of the earlier imposition of a 10-percent tariff on aluminum and a 25-percent charge on foreign steel under Section 232 of a 1962 law dealing with national security risks.

After temporary exemptions from the metals curbs were granted to Canada, Mexico, the European Union and other countries, it appeared that the tariffs were aimed largely at China. Beijing vowed to take “all necessary measures” in response.

But by the following Monday last week, many of the clouds cleared as the Dow Jones Industrial Average jumped 2.8 percent on reports of U.S. negotiations with China and a reciprocal deal on metals with South Korea.

Talks with China have covered areas including greater access to the financial services sector, lower tariffs on U.S. autos and Chinese imports of semiconductors, The Wall Street Journal said.

The reports sent a signal that all issues would be on the table during the 15-day period set for specific Section 301 tariffs to be announced. The affected sectors are expected to be made public by the end of this week.

Among the reasons for optimism is the modest size of the penalties that have been announced so far, in relation to the huge bilateral trade volumes between the world’s two biggest economies.

Numerous reports cited estimates that the U.S. $60 billion in tariffs would cut China’s gross domestic product by only 0.1 percentage points, while the steel and aluminum penalties would cost even less.

Some analysts questioned whether China’s economy would even suffer that much.

“The tariffs only matter to China to the extent that exports are actually lost, which will be much less value than $60 billion,” said Derek Scissors, an Asia economist and resident scholar at the American Enterprise Institute in Washington. “The (Section) 232 impact in China is tiny,” Scissors said.

The $60-billion tariff target is also small in relation to the decades-old complaints from U.S. manufacturers about the cost of forced technology transfers and IP theft in China.

The National Bureau of Asian Research (NBR) has estimated that the annual cost of IP violations and the loss of trade secrets to the U.S. economy is over U.S. $225 billion (1.4 trillion yuan) and could be as high as U.S. $600 billion (3.7 trillion yuan).

China has gained much of its automotive technology by forcing foreign car makers to form joint ventures with domestic manufacturers as a price of doing business in the country.

U.S. industries fear that similar strategies are behind Beijing’s “Made in China 2025” initiative that would promote home-grown development of robotics and other high-tech sectors with IP from abroad.

“While Beijing has signaled a willingness to compromise on other matters, the intractable standoff over its core industrial policy could prolong a trade fight that has already shaken markets and led to concerns about a full-blown trade war,” The New York Times said on March 26.

Although the stakes are enormous, the steps on both sides so far may have minimal impact.

A drop in the bucket

While the penalties would hit U.S. producers in those sectors, the previously announced cost of U.S. $3 billion (18.8 billion yuan) would be a drop in the bucket compared with the U.S. $635 billion (4 trillion yuan) in bilateral goods trade last year.

China also made clear that its limited retaliation was in response to the Section 232 steel and aluminum tariffs rather than the Section 301 charges for IP theft.

The moves suggested a cautious approach to retaliation rather than the wildfire of a trade war that many experts had feared.

“Beijing’s initial response has been muted, setting the stage for what could be a methodical escalation of retaliatory measures,” The Times said in an earlier report.

In a statement today, the MOC laid out its case for China’s first round of tariffs.

China “has acted in restraint to avoid confrontation with the United States,” it said, concluding that cooperation “is the only valid option” for the two countries.

Escalation would raise the costs on both sides, but China’s steps against major U.S. exports like Boeing aircraft and soybeans have so far been kept in reserve.

In making his announcement of the Section 301 tariffs, Trump also repeated his demand that the trade deficit with China should be reduced by U.S. $100 billion (629 billion yuan).

That would be a far cry from trying to eliminate the U.S. $375-billion (2.3-trillion yuan) deficit entirely. The limited target so far has no timetable and could be achieved flexibly, perhaps by lowering China’s 25-percent tariff on imported cars.

China’s responses to the U.S. demands have been largely hortatory rather than hostile.

“To launch a trade war could never solve problems, and runs counter to the fundamental principles of trade,” said Li.

On the less optimistic side, the impact of tariffs on the Chinese economy could exceed the minimal estimate of 0.1 percentage points of GDP if retaliation gets out of hand.

“The direct negative effect on China’s economy from a trade war is relatively limited, but it could affect market sentiment,” said Scott Kennedy, deputy director of China studies at the Center for Strategic and International Studies in Washington.

“In the short run, this could hurt China’s stock market, and in the long run might shake investor confidence that China is a stable place to do business. That in turn may affect overall investment trends,” Kennedy said by email.

But analysts have dismissed the idea that China’s GDP growth rate could slip as low as 6.2 percent, the minimum level that the government must maintain through 2020 to keep the Chinese Communist Party’s long-standing pledge to double GDP in a decade.

Last year, China pumped up its economy with credit-fueled stimulus measures to overshoot its 6.5-percent target with growth of 6.9 percent, achieving its first annual increase since 2010.

The government has announced the same growth target of “about 6.5 percent” for 2018 and has packed its regulatory agencies and the People’s Bank of China (PBOC) with officials who say they intend to keep credit under control.

The new regulators could face a tough choice on stimulus policies if economic growth starts to drop significantly, but analysts doubt that the damage from tariffs will go that far.

“Unless something entirely unexpected occurs, China will have no problem reaching its 6.5-percent growth target this year, even if that means adding a little more juice (stimulus) to get there,” he said.