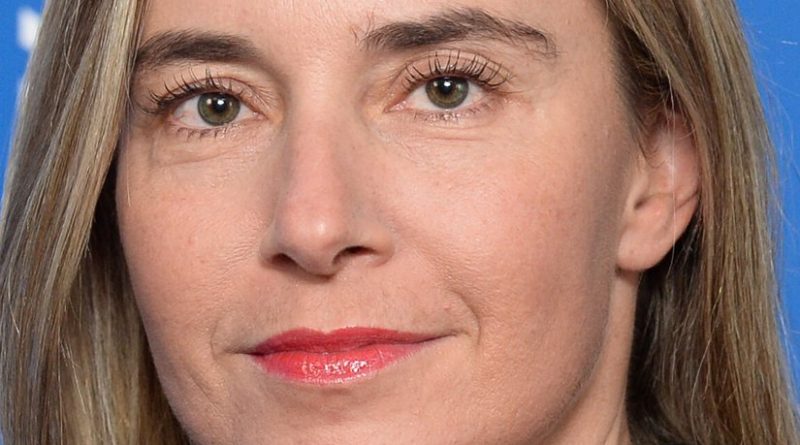 (RFE/RL) — EU foreign policy chief Federica Mogherini has voiced concern over the slow pace of an investigation into the disappearance in 2014 of more than $1 billion from Moldova’s banking system.

Mogherini on May 3 said at a joint news conference with visiting Moldovan Prime Minister Pavel Filip that “investigations must be thorough and comprehensive with the view to recovering the misappropriated funds and to bringing all those responsible to justice irrespective of their status or political affiliation.”

Moldova was thrown into political and economic turmoil after the disappearance of more than $1 billion from three major Moldovan banks — Banca de Economii, Banca Sociala, and Unibank.

The money’s disappearance from Moldova’s banking system between 2012 and 2014 was dubbed by Moldovans the “theft of the century” and cost the country roughly one-eighth of its annual gross domestic product.

A number of people including former Prime Minister Vlad Filat have been jailed in connection with the case, which crippled the national currency and led to street protests and aid freezes.

Mogherini said that, for the country’s political leadership, solving the huge financial fraud “is about the credibility of the anticorruption reforms in Moldova.”

Filip said the money was “not easy to recover” and that “this type of investigations takes years,” but stressed that he was “sure that all the perpetrators will be identified and will be brought to justice in due course.”