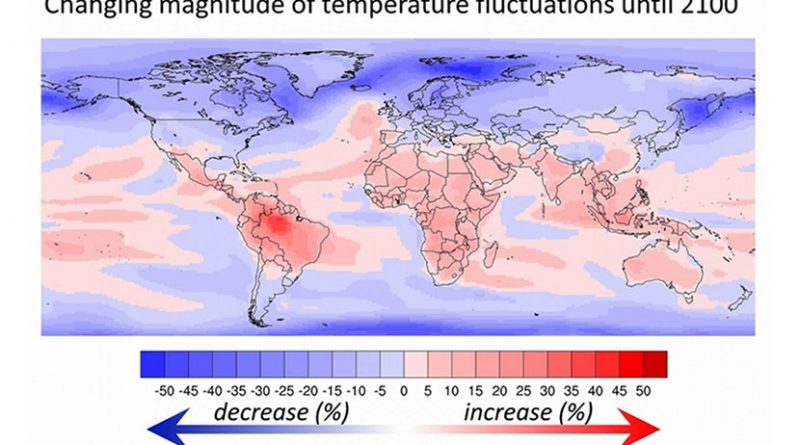 For every degree of global warming, the study suggests temperature variability will increase by up to 15% in southern Africa and Amazonia, and up to 10% in the Sahel, India and South East Asia.

Meanwhile, countries outside the tropics – many of which are richer countries that have contributed most to climate change – should see a decrease in temperature variability.

The researchers, from the universities of Exeter, Wageningen and Montpellier, discovered this “unfair pattern” as they addressed the difficult problem of predicting how weather extremes such as heat waves and cold snaps might change in a future climate.

“The countries that have contributed least to climate change, and have the least economic potential to cope with the impacts are facing the largest increases in temperature variability,” said lead author Dr Sebastian Bathiany, of Wageningen University.

Co-author Professor Tim Lenton, from the University of Exeter, added: “The countries affected by this dual challenge of poverty and increasing temperature variability already share half of the world’s population, and population growth rates are particularly large in these countries.”

“These increases are bad news for tropical societies and ecosystems that are not adapted to fluctuations outside of the typical range.”

The study also reveals that most of the increased temperature fluctuations in the tropics are associated with droughts – an extra threat to food and water supplies.

For their investigation, the team analysed 37 different climate models that have been used for the last report of the Intergovernmental Panel on Climate Change (IPCC).