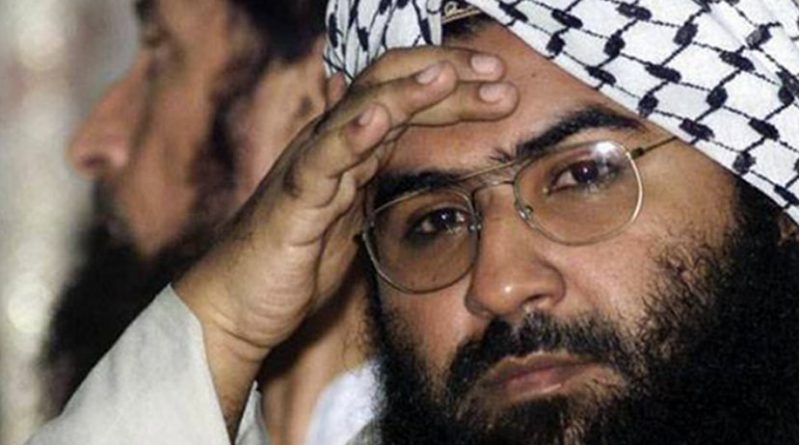 Nearly ten years after India first moved the proposal to have Masood Azhar, the Pakistani terrorist and chief of the terrorist group Jaish-e-Mohammed (JeM), designated as an international terrorist by the 1267 Sanctions Committee of the United Nations Security Council (UNSC), India finally tasted diplomatic success on May 1, 2019 when Azhar’s name was included in the ISIL (Da’esh) and Al-Qaida Sanctions List.

This diplomatic achievement was the result of a relentless push by the Modi government since 2016 to get Azhar designated as an international terrorist. But until yesterday, the move was thwarted by Pakistan’s ‘iron brother’ China, which on four occasions since 2009 put a ‘technical hold’ to block the listing of the terrorist on the rather specious argument of wanting “to allow more time for the committee and its members to deliberate on this matter” since there was an “absence of consensus.”

In March, against the backdrop of the Pulwama suicide attack and the Balakot air strike by India on JeM terror camps in Pakistan which brought the two neighbors to the brink of war, a joint proposal was moved by France, US and UK against Azhar. But it was once again blocked by China on the grounds that it wanted to conduct an “in-depth assessment so as to give enough time and space for the dialogue and consultation between parties.” In response, the US decided to up the ante by going over the head of the Sanctions Committee and moving a draft resolution in the UNSC to sanction Azhar. China was clearly outmanoeuvred by this move.

While China could have still vetoed the resolution, unlike the 1267 committee whose deliberations are behind closed doors, in the UNSC the Chinese would have had to come out openly in support of a terrorist, hardly the sort of publicity that a country with ambitions of being seen as a responsible global power would want. The fact that India’s friends – US, France and UK – brought their diplomatic weight to bear on the Council meant that China would end up standing alone on the side of an unabashed terrorist.

The benefit of siding with a basket case client state – Pakistan – in order to protect a terrorist was vastly outweighed by the cost of reputational damage, loss of diplomatic face, and of course the damage to relations not just with India (for whom post-Pulwama, Masood Azhar had transformed from an irritant to a core interest) but also her friends. In the end, national interest scored over ‘all weather friendship’ and China went along with the international consensus on listing Azhar. Even so, it would be a mistake to think that this episode would have driven a wedge in the Sino-Pak nexus. China would certainly have taken Pakistan into the loop during the visit of Pakistan Prime Minister Imran Khan to Beijing earlier in the week before lifting its technical hold. There was a hint of this when the Pakistan Foreign Ministry spokesman told a news channel that Pakistan was open to the listing of Azhar provided it wasn’t linked to Pulwama.

But the good sense to do the right thing wasn’t just an outcome of a moment of epiphany for China. If anything, it was the result for some serious behind the scenes diplomacy (or to use the words of the Indian envoy to UN, India working “in a subterranean manner”) and perhaps some back room deals to soften the blow for China while also providing a face-saver of sorts to Pakistan. While the details of the back room diplomacy – for instance, the visit of Indian foreign secretary to Beijing just a week before the inclusion of Azhar in the Sanctions list – and contours of deals will become known in the fullness of time, some indications are already available.

For now, the Chinese claim to have changed their position “after careful study of revised materials”. This is nothing but a face saver to proclaim that some compelling new evidence convinced them to get on to the same page as other countries of the world. At the same time, they tried to soften the blow for the Pakistanis by mentioning their ‘enormous contributions to fighting terrorism’. The Pakistan foreign office spokesman gave an astounding spin by tweeting that it was a “huge diplomatic win” because Masood Azhar wasn’t linked to Kashmir. This has been latched on by the troll corps of the Pakistani state, and bugles of victory are being blown.

While one wishes many more such ‘diplomatic wins’ to Pakistan, the crux of the matter isn’t whether Pulwama or Kashmir was mentioned, but that Pakistan’s favourite terrorist is now an UN designated terrorist. What the Pakistanis, and some in India who have taken a cue from the Pakistanis to underplay the significance of Azhar’s designation by the 1267 Committee don’t get is that this designation is not limited only individuals and entities associated with ISIS/ISIL and Al Qaeda. Azhar’s designation isn’t because of his involvement in terrorism in Kashmir but because of his links with Al Qaeda. From India’s point of view, the fact that his listing will now force Pakistan to impose and enforce sanctions measures related to a) travel ban, b) assets freeze and c) arms embargo is more important than whether or not Pulwama and Kashmir were mentioned.

So what does this now mean for India? The first and foremost implication of the listing is that it now gives a legal basis on which India can put Pakistan’s feet to fire on taking verifiable and demonstrable action against Masood Azhar and his JeM. Scepticism that the travel, arms and asset seizure sanctions don’t mean much is misplaced. Over the last few years, there is much greater convergence on enforcing these sanctions forcefully. The entire Financial Action Task Force (FATF) listings are based primarily of countries’ obligations under the 1267 resolution. Pakistanis had been blithely violating these obligations by letting their pampered terrorists carry on business as usual. When Pakistan was grey-listed by FATF in 2018 for not fulfilling their obligations to act against the Lashkar-e-Taiba/Jamaatud Dawa and its leader Hafiz Saeed, they initially put up a brave face and claimed that it doesn’t mean much. But over the last few years FATF has steadily acquired teeth. It is when the Pakistanis realised that they cannot continue to play their own games on pretending to act against the terrorists (only on paper) while giving them a free run on the ground, the panic set in.

In the last few months, the Pakistanis have taken many steps to comply with FATF demands. But as are their ways, , they thought they could again get away with subterfuge. For instance, the Pakistanis produced over 5000 Suspicious Transaction Reports (STRs) to show they had started acting against terror finance. Unfortunately, the FATF did not bite and when it went into details of actions taken by the Pakistanis against the high-risk groups, they realised that not a single one of these STRs was against any of the 8 high-risk entities, which included LeT/JuD and Haqqani Network. To this list, the FATF had also added JeM. With Masood Azhar’s listing, the pressure will increase even more on Pakistan.

To be sure, the Pakistanis will make all efforts to push below the radar the activities of their ‘strategic assets’ among terrorist groups. The challenge for Indian intelligence agencies will be to gather evidence of such shenanigans and expose them before the international institutions that are finally waking up to the terrorist threat from terror sponsoring countries like Pakistan. Collecting this intelligence is the easier part of the challenge. The more difficult part will be to make sure that the international institutions act on this information.

In recent months, the US has been quite active in building pressure on Pakistan. But the US and its allies also have their own interests to protect, especially in the context of ensuring an orderly withdrawal from Afghanistan. If things come down to a point where the US has to turn a blind eye to Pakistan’s playing fiddle on its 1267 commitments in exchange for giving the US what it wants on Afghanistan, then a deaf ear will be turned to India’s complaints. On the other hand, as is quite possible, the Pakistanis lead the Americans up the garden path yet again, any intelligence India gathers on Pakistan’s perfidy will be very handy for the US in turning the screws on Pakistan.

The other thing India needs to understand clearly is the old American dictum of there being no free lunches. While the US has backed India to the hilt on the Masood Azhar thing, there will have to be a quid pro quo – ending oil purchases from Iran could be one such pay back. Going forward, there could be others – on Russia, China and the Indo-Pacific. And speaking of free lunches, the Chinese believe in them even less than the Americans. Therefore, the question is whether China was played by the US-India-France-UK concert, or did China strum a separate tune with India? China has been vying for a greater role in South Asia, even trying to play a broker of sorts between India and Pakistan. Has it used Azhar to make a peace offering to India, in return for some sort of engagement with Pakistan post-elections? Sounds a little far-fetched right now, especially in light of the election rhetoric in India and statements emanating from the real power wielders in Pakistan – the military. But then stranger things are known to have happened in this region.

In a way then, the entire Masood Azhar episode (which is still to play out in the months ahead) is part of the larger ‘Great Game’ and diplomatic dance that is unfolding in the region. In this game, you get some, you give some; you win some, you lose some; you friend some, you fight some. But if this is the way this has to be played, then this is how it shall be played.