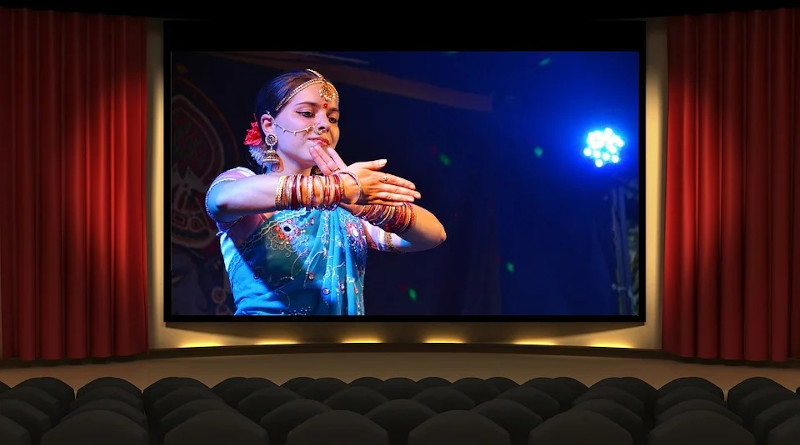 Are the Arts really important for our survival? Perhaps not for our physical survival but definitely for our mental and psychological wellbeing. Try answering this question – “How is everybody coping with this excruciatingly frustrating lockdown period? Could anyone have survived through this without reading books, listening to music, watching films and reruns of old serials, live streaming of high-value music concerts, virtually visiting the interiors of classic international theatres and viewing the landmark performances that were played out in them?”

We have to first recognise and accept that performing arts is an integral part of India’s socio-cultural fabric; it’s a throbbing, living tradition. A lot of them have been recognised as the Intangible Cultural Heritage of the World. Besides the sheer aesthetic value, our rich and diverse performing arts are an essential feeder line to a plethora of other fields. For example, no conference is complete without the mandatory concert performance of music or dance. India’s tourism industry is heavily dependent on showcasing our arts. Iconic campaigns like – “Incredible India” and “God’s Own Country” would not have been possible without highlighting our arts.

We have been milking our culture cow for decades, I think now it is payback time. Their udders are running dry and soon their skeletons would be visible; if this pandemic doesn’t get to them, starvation surely will. We cannot afford to let that happen, we will never be able to forgive ourselves if our artistes just wither away like that. Let the arts not become mere museum pieces and consigned as a footnote in the pages of Indian history.

If the arts and its practitioners don’t survive, India would have lost perhaps its most valuable asset. Institutions like the Indian Council for Cultural Relations (ICCR), the three Akademis (Lalit Kala, Sangeet Natak and Sahitya), Zonal Centres, and the Ministry of Culture, have always been the support structure of the arts and artiste. Now is the time for them to really come forward and bail them out.

We have to reach out across the country to help these performing artistes, backstage technicians, designers, cultural entities and their employees to endure the economic hardships caused by the forced closure of their operations due to the spread of COVID-19. A lot of temporary contractual artistes and teachers have been laid off due to this crisis. Whether we can create a new substantial fund, utilise existing ones or divert funds from other non-essential activities, is up to the government to decide. Planned national and international festivals cannot happen now, those funds can be utilised. Folk and tribal artistes are perhaps the worst hit; a lot of them have a hand-to-mouth existence. We have to urgently devise a plan to expedite the distribution of critical funds at the national, regional, state, and local levels to help retain as many jobs as possible, as quickly as possible.

The governments in the Western countries have accepted and acknowledged that artistes have been rendered jobless and there is a huge risk to their physical and mental well-being because of their loss of livelihood. The culture ministries and arts councils in the US, Canada, the UK, Germany, France, Australia, and a host of other countries have been very prompt and proactive in getting their acts together. They have already announced millions of dollars in financial assistance to the artiste and the arts sector in general. They are running their performances online and giving royalty to those involved in them. They are networking very methodically online; they are reaching out to the artistes and enquiring about their problems. They have roped in advisors and professional counselors to guide the artistes and help them to cope with this unique and unprecedented situation.

For the general public, they have made a magnanimous gesture of running the most spectacular and popular performances online for free. Theatres like the Bolshoi in Moscow, the Globe Theatre in London, and many other historical performance venues have dug deep into their archives and are giving the whole world a glimpse of their legendary shows. Viewers are relishing them and lapping it all up. All this goes to prove that the arts and the performers are not only important but there is a huge demand for them all over the world.

Unlike in the West, the art sector in India is un-organized, except for the film and TV industries. There are no legally organised unions for the performing artistes. There is no district, state, or national roster of our artistes and there are thousands and thousands of them spread right across the length and breadth of India, including the traditional, folk, and tribal arts. Getting them all together and registering them, with all their personal and professional details is a huge exercise logistically.

This unforeseen pandemic and the resultant nationwide lockdown have made social distancing and stay at home mandatory for almost everyone. All possible places of public gathering have been forced to shut down; so all malls, market complexes, film theatres, and performance auditoria are perforce under lock and key. With venues shuttered and gatherings banned, where do the artiste perform to earn their livelihood? It has become a desperate situation for most of them, they have had to swallow their pride and extend their begging bowl for sheer survival.

Realising the enormity of the problem, the artiste community banded together to devise ways and means to help alleviate the financial situation of their fellow artiste. Most of the registered groups who are recipients of the Ministry of Culture’s Repertory Grant for the Performing Arts under the Scheme of Financial Assistance for the Promotion of Art and Culture have not received the grant instalments for two years now. These groups were under financial strain due to this but somehow made ends meet with performances now and then; now even that option is out. A few extremely senior artistes have petitioned the Ministry of Culture and also the Prime Minister’s Office (PMO) for the immediate release of these pending grants.

Simultaneously, a group was formed to voice the concerns of all independent freelance professional artistes who had no back up to fall back on; their only source of income was performance fees, which they got on a contractual basis. They felt cornered and isolated; feelers were sent out via various social media platforms and soon there were over 4,000 eager and alarmed artistes inquiring about their future. This basic preliminary data was compiled, a tentative application – a template – was created and submitted to the Sangeet Natak Akademi, India’s national academy for music, dance, and drama, to be forwarded to the Ministry of Culture for their approval of some sort of financial relief for this category of performing artiste.

Taking cognisance of the alarming consequences of the lockdown on performing artistes, and the various representations, Culture Minister  Prahlad Patel announced an immediate financial relief for folk and tribal artistes and artisans. He instructed all the Zonal Centres to formulate a financial relief scheme for these neediest categories.

All these proposals are still pending approval of the Ministry of Culture.

For starters, we can do with –

· Facilities costs such as rent and utilities.

I hope the government realises the seriousness and urgency of the desperate situation of the affected artistes and instructs all the concerned departments to expedite the relief process on a war footing.

*About the author: The writer is a reputed light designer and a Sangeet Natak Akademi Awardee. The views expressed are personal. He can be contacted at [email protected]