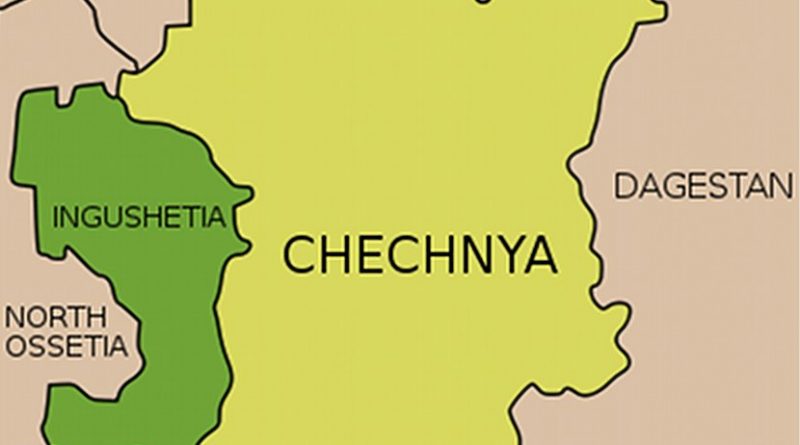 In what be a reflection of the growing radicalization of Ingush protesters or a provocation staged by Yunus-Bek Yevkurov intended to justify an even more draconian crackdown, fliers have appeared in Magas and other cities of Ingushetia urging that the republic withdraw from Russia and join the Republic of Georgia.

Opposition leaders disowned the effort saying that it was either the work of hotheads or provocateurs and pointing out that during the entire course of the protests, they have rejected separatism or any violation of Russian law (eadaily.com/ru/news/2019/06/02/v-ingushetii-rasprostranyayutsya-listovki-s-antigosudarstvennymi-prizyvami).

The process of radicalization of Ingush society is affecting almost all organizations with some retaining the more radical elements within their ranks while others have split – and in some cases both things have occurred. An example of that is the Union of Teips of the Ingush People which unites an estimated 80 percent of the republic’s population.

Because the teips embrace such a large swath of the Ingush people, it is not surprising that some have become extremely radical. Most have stayed within the Union of Teips. But some view that organization as insufficiently tough and have now formed the Popular Council of Ingushetia, led by Idris Abadiyev and Sirazhdin Sultygov (caucasustimes.com/ru/sovet-tejpov-ingushetii-popal-pod-klinch/).

Yevkurov’s moves, including the imposition of a three-month suspension of the activities of the Union of Teips, is strengthening the radicals because their leaders remain out of jail. Indeed, it appears that Yevkurov intentionally or not has done everything the radicals could have hoped for as far as their future is concerned.

Meanwhile, the republic magistracy has confirmed that the Ingush authorities have received the declaration of the Union of Teips and will be examining it (zamanho.com/?p=8605). That confirmation may force the regime to address some of the issues the Union has raised or lead to an even more widespread wave of arrests against the teips and their leaders.