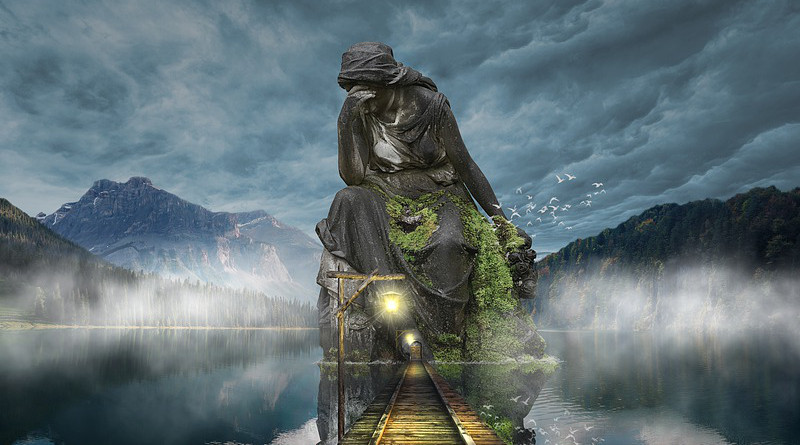 As the fourth global psycho-seismic shock, the COVID-19 pandemic has destabilising impacts. It is futile to predict the road ahead. Will it lead to a new “Global Dark Age”, or unprecedented progress?

“Things fall apart; the centre cannot hold,” wrote William Butler Yeats in a famous 1919 poem. Lovely poem, many said; but others asked Yeats to speak not of beasts slouching toward Bethlehem, but instead to say why things are falling part, to explain just how the centre is not holding.

These were not fair questions for a poet. Yeats had no answers when he wrote “The Second Coming” just as the Great War was ending in the stunning throes of the Spanish Influenza pandemic. He only knew, or rather felt, that things would never be the same, and he was right.

We find ourselves in a similar quandary just a century later. Will COVID-19 “change everything”, as many intone solemnly? It is in a sense a silly thought, for everything changes everything: The world is never in the same state twice any more than a flowing river contains the selfsame droplets as it moves ceaselessly to the sea.

But we know why breathless remarks proliferate at a time of emotional piquancy and ambient uncertainty, and it is churlish to scold the bewildered.

More important, the “change everything” mantra is oblivious to context, which is the greater problem with it. Visitations of pandemic disease bear two kinds of impact. The first and ultimately the lesser kind is medical/epidemiological in nature. It is about the virus, bacterium, or parasite, as the case may be.

The second and greater kind of impact is institutional in nature. It is about the collective human reaction to a pandemic in all its economic, social, political, and geopolitical forms. It is our varying reactions to great shocks, of which pandemics form one category, that matter most, and reactions are shaped by context.

Consider that for Americans, and for most of the rest of the world as well by extension, COVID-19 is the fourth psycho-seismic shock of this still young 21st century. The first came about nine months in: the mass-casualty terror attacks of September 11, 2001. The second began in late 2007: the Great Recession, as Americans call it, the Global Financial Crisis as it is known elsewhere.

The third came in November 2016 with the election to the United States presidency of a man totally unsuited to the job. It was a surprise so thorough that it included the man himself, who thought he was running a shrewd campaign-cum-infomercial for his flagging business. Daniel Boorstin, then the Librarian of Congress, wrote in the early 1960s that God curses those He chooses to curse by making them believe their own advertisements.

The terror attacks of 9/11, and the reaction to them, destabilised the general American sense of post-Cold War optimism and distorted the understanding and application of American grand strategy. The Great Recession/Global Financial Crisis destabilised the general sense of confidence that American and wider Western political and business elites knew what they were doing, and the elite reaction to it called into question their basic integrity and competence.

The election of Donald Trump was obviously a consequence of the two foregoing destabilisations, and the verdict it cast on the tenured elites of both major parties. It was also a symptom of something having gone wrong earlier and deeper in the culture. But Trump’s election and the subsequent reaction to the Trump presidency have since destabilised the normative basis of American civic life.

The Trump White House has attacked less democracy than liberalism — and it is the attitudinal underpinning of Enlightenment liberalism that defines American public virtue far more that the techniques of electoral democracy.

The sum of it all is that respect for reasoned argument and for facts, humility in the face of open-ended, value-laden policy challenges, tolerance for disagreement and hence acknowledgement of a loyal opposition, even the sanctity of the rule of law itself, have all been debased in recent years.

These three destabilisations form the context into which the COVID-19 pandemic has fallen. Yes, pretty much everything has changed, but not mainly because of the pandemic. Most of what many suppose pertains to the pandemic doesn’t, and what does pertain is unintelligible without considering the context formed by the three prior psycho-seismic shocks.

Few observers, however, stop to connect these or any other dots. This is a problem apart.

Yeats lived to understand that the Spanish Influenza pandemic really did not have major effects on British and other societies. People wished so deeply to fast return to normal that forgetting about the pain and death self-fulfilled the wish. It was the World War, the war that catalysed the destruction of the European imperial world order, that bequeathed massive change in both domestic life and in global politics.

That was not visible in 1919, any more than the denouement of the Black Death in the middle of the 14th century announced itself as the final chapter of feudalism and the herald of what became, by our lights, modernity.

Likewise, it is too soon to say how causal patterns will reveal themselves in our future. It is enough to know for now that the pandemic’s impact can never be fully disentangled from the disrupted context that preceded it, and to which it adds a new layer of both anxiety and, in a descant at least, hope.

It may be a side road to a new global Dark Age, but just as likely it may be a harbinger of progress, and a goad to better preparation for a future pandemic with a much higher mortality rate.

We just don’t know, and as much as people long to be told how their small worlds will change as a result — what will school and business and travel be like a year from now? — it is futile to speculate until the broader context assumes a less liquid state. Nobody can know what that context will look like a year or so hence any more than Yeats could have foreseen early 1921 from late 1919.

What we do know is that through wise reactions to challenge we can meet fate more than halfway. We have individual and, more challenging to harness, collective agency. We and only we can “change everything”; a garden-variety virus, even a particularly annoying one like COVID-19, cannot.

*Adam Garfinkle is a Distinguished Visiting Fellow at the S. Rajaratnam School of International Studies (RSIS), Nanyang Technological University (NTU), Singapore for the 2019-20 academic year. This is part of an RSIS Series.