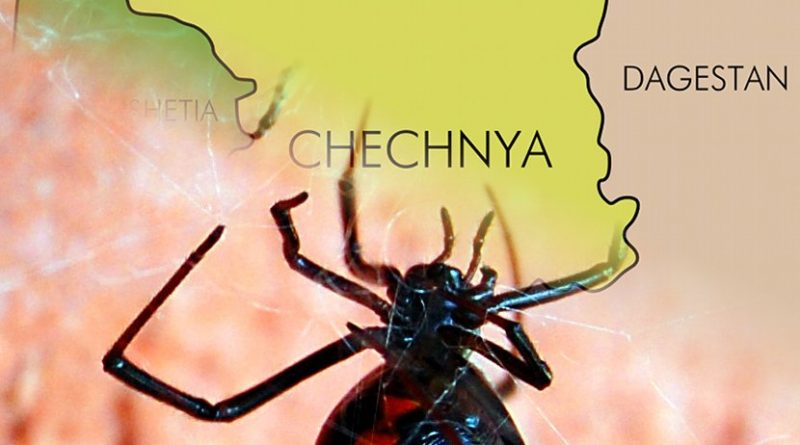 Chechen female terrorists are commonly known as Black Widows, there is a particular reason behind this title because they have usually lost their husbands, brothers or close relatives in one of the two Chechen wars that Russia fought against Islamist rebels since 1994.

There is a strong motivation of resentment and grief for their loved ones that invigorates to revenge, and this grief leads to further heinous activities against oppressors carried out by black widows in the form of suicide terrorist activities. Behind the attacks, the majority of those females are poorly educated which is driving force for Islamist extremists to get recruitments and trained up with relative ease. On the other hand, a number of female terrorist accuse Russian forces of using overly brutal tactics against the civilian population, including women, in order to flush out rebel fighters. It is a counterproductive strategy that only serves to radicalize people.

The first Black Widow attack took place in early 2000, when Khava Baraeva drove a truck filled with explosives into a building housing Russian special forces in Chechnya. In the last 12 years, 46 women have turned themselves into suicide bombs in Russia, committing 26 terrorist attacks. Most of the bombers were from Chechnya and Dagestan. Most studies of Chechen female suicide bombers have found that these women have experienced serious personal trauma and are then take arms in hands. As the term Black Widow would suggest, many have lost almost every single thing and almost have nothing left behind to care about over the last two decades of continuously facing violence and brutalities since war.

Resultantly, all individuals including males and females have experienced deep personal traumatization, and evidence of symptoms of post-traumatic stress disorder are commonly present in the entire survey. The demographic description and psycho-social motivators for embarking this devastating path plays a significant role for female terrorists before bombing themselves. It further leads to other motivating factors like nationalistic conflict and less knowledge about Islam. There is a wide division and factions within Chechens which totally split the mainstream agendas of violence. These includes secular-nationalists particularly Salafi Muslims (the ‘indigenous’ sect of Islam in Chechnya) which is led by Chechen President Aslan Maskhadov and his State Defense Committee. On the other hand, there is minority of Salafist preaching radicals led by figures as Shamil Basayev, Movladi Udugov, and Zelimkhan Yandarbiyev.

These two factions play a significant role in destructions against Russian land and masses. For the young women, the suicide missions are not especially a question of religion, is it just that they understand the revival of Islam in Chechnya as a critical element in the identity-building of the torn region. For them, not to allow them to practice Islam freely is understood as the ultimate attack against who they are, or who they are trying to be: faithful young Muslims (Nivat, 2005). As Nivat analyzes, nobody will be able to stop these young women who are in deep despair and have no fear of death to proceed with more suicide bombings. Before the fall of communism, the practice of Islam was limited by Russia.

They were actively promoting Russia in Chechnya, promoting the Russian language and other Russian cultural elements. The Chechens continued to strengthen Nationalism and sense of unity of the Chechens did not appear to be suppressed at all. It was inevitable that after the collapse of communism, a domestic revolution would take place in Chechnya as separate entity. With the collapse of the Soviet Union in 1991, the religion Islam appeared as a binding factor. This collapse caused a wave of national awareness among all the peoples of the former Soviet Union. Because the Islam showed a clear separation between the Northern Caucasus and the rest of Russia, it is no surprise that the Islam is an important part of the awakening nationalist feeling among the Chechens.

This period is also known as the Islamic Renaissance of the Northern Caucasus. In Islam especially Wahhabism ideology got deep roots in females terrorist to explode themselves and meet their parents and loved ones in paradise. The magnitude of Chechen separatism played an advocacy role for maximizing sympathizing effects from a number of various networks on the basis of ethnicity, religion and gender. Chechen separatists have sought to establish the region as its own sovereign state, realizing this briefly between 1917 to 1922 and 1991 to 1994. Most scholars maintain that their will for separatism has been predominantly driven by ethno-nationalism. In recent years however, many argue that Chechen separatism has now somewhat been co-opted by the worldwide jihadist movement. Conversely, there is increasing discourse that claims that Chechen terrorism is just part of a wider jihadi movement and has become the international Islamic terror network’s frontier on Russia.

Russian leader Putin exploited 9/11 to assert that “terrorism equals separatism” (Calzini, 2005:21) Russian President Putin in retaliation statements justify the actions of Russian troops during the second Chechen war; portraying it as a war on terror. This further sparked the potential motivation for joining together and having strong association between Chechen separatism and Islamic extremism. The Chechen separatist moment’s roots lie from Russia’s historical mistreatment of the Chechen people. This mistreatment was in the form of brutal conquests, multiple deportations and the Russian Government’s negligence and finally ignite two wars and a continued insurgency within the Caucasus region.Russia’s difficulties in Chechnya have also spread to neighboring areas of the North Caucasus, says Elizabeth Fuller, an expert on the region with RFE/RL in Prague. “You can’t talk anymore about the purely Chechen separatist movement.

This may reinvigorate the Chechen movement, increasing the number of fighters drawn to the cause and widening the scope of the conflict. Fuller also talks about a “generational change” among Chechen fighters. “You have a whole new group of young commanders and black widows and we have no idea who they are or what sort of people they are” Concludingly, there is variety of factors for black widows to get the effective utilization of continuing activities. Every single factor has got significant importance through nationalism, religion, sociopolitical, ethnic culturalism, personal life experiences and much more to be enlisted. As Ramzan Kadyrov, vice premier of the Russian backed Chechen government said in his interview to Chechen TV on May 11, 2005, Chechen women are the most dangerous for national security because they have carried out the riskiest operations. If the current trend continues, Chechen female bombers will continue to be a grave threat to Russian national security

This article appeared at Modern Diplomacy