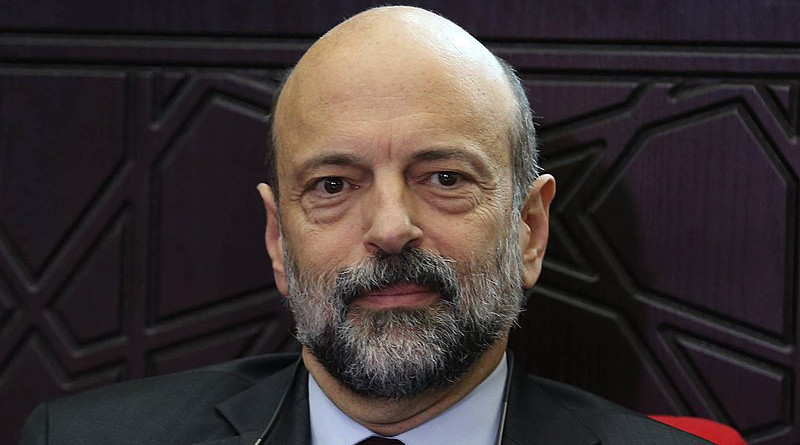 What will it take for the idea of a two-state solution, which was hardly practical to begin with, to be completely abandoned? Every realistic assessment of the situation on the ground indicates, with palpable clarity, that there can never be a viable Palestinian state in parts of the West Bank and Gaza.

Politically, the idea is also untenable. Those who are still marketing the two-state solution — less enthusiastically now as compared with the euphoria of 20 years ago — are paralyzed in the face of the Israeli-American onslaught on any attempt at making “Palestine” a tangible reality.

The Palestinian Authority (PA) of Mahmoud Abbas is still busy compiling more symbolic recognitions of a state that, at best, exists in the dusty files of the UN. Arabs and Europeans, too, still speak of two states; rhetoric that is never followed with any practical steps that may enforce international law and hold Israel accountable.

The fate of Palestine seems to be entirely dependent on the aggressive actions of Israel’s leaders alone — not only through the policies of Prime Minister Benjamin Netanyahu, but all previous Israeli governments too. This trajectory is likely to continue for as long as Israel remains committed to territorial and colonial expansion and the ethnic cleansing of the indigenous population. These two factors — colonialism and ethnic cleansing — can never coexist with the principles of justice and peace.

Therefore, it was encouraging to read the comments made by Jordanian Prime Minister Omar Razzaz in an interview with the British Guardian newspaper last month. “You close the door to the two-state solution, I could very well look at this positively, if we’re clearly opening the door to a one-state democratic solution,” he said.

Razzaz was speaking in the context of Netanyahu’s plan to annex nearly a third of the West Bank and the Jordan Valley. He referred to Israel’s annexation policy as “ushering in a new apartheid state.”

However, an apartheid state was effectively ushered in a long time ago. Israel’s so-called nation-state law of 2018 merely confirmed an existing reality. The law left no doubt regarding Israel’s exclusionist “Jewish identity,” formulated at the expense of the Palestinian people, their historic rights in Palestine and the internationally enshrined right of return for Palestinian refugees.

The Israeli Knesset (parliament) last week callously rejected a draft amendment that would have made the unmistakably racist nation-state law slightly less so. The amendment proposed the inclusion of a clause that guarantees equality for all of Israel’s citizens, regardless of race, religion or ethnicity.

In its current form, Israel represents the very essence of apartheid. Razzaz knows this, as do many politicians and leaders throughout the Middle East, in Europe and across the world. Unlike his counterparts elsewhere, however, the Jordanian prime minister had the courage to imagine a future in Palestine and Israel that is not inundated with empty clichés of “solutions” that were never fair to begin with.

Razzaz’s positive and upbeat tone is notable. “I challenge anybody from Israel to say, ‘yes, let’s end the two-state solution, it’s not viable. But let’s work together on a one-state democratic solution.’ That, I think, we will look at very favorably. But closing one and wishful thinking about the other is just self-deception,” he said.

Other Arab officials have previously alluded to a one-state solution, but largely in a negative context. PA officials, in particular, have waved this card before, often threatening Israel that, if illegal settlement expansion was not frozen, for example, Palestinians would have no alternative but to demand a single state.

What Razzaz is saying is quite different, if not radical, as Jordan, which signed a peace agreement with Israel in 1994, has been the most visible Arab advocate for the two-state solution for many years. Razzaz’s words bring that “self-deception” to an end.

Of course, political necessity will compel Jordan, and others, to continue to pay lip service to a political “solution” that will likely never materialize. Israelis and Palestinians are now conjoined in such a way that physical separation would be impossible. Additionally, speaking of a two-state solution while Israel is cementing the reality of a single apartheid state is a waste of precious time, which should instead be used to foster equality, accountability and a just peace.

Ordinary Palestinians are also beginning to realize the futility of the two-state paradigm. According to a February poll conducted by the Palestinian Center for Policy and Survey Research, 61 percent of all Palestinians no longer believe that a two-state solution is viable. The same poll revealed that 37 percent support the idea of a single-state solution. Judging by previous poll numbers, it seems that it won’t be long until a majority of Palestinians will embrace the latter as the most rational and achievable objective.

But this will take time because the establishment of an independent state has been the only rallying cry of the Palestinian leadership for nearly three decades. However, at least as far back as the 1960s, the Palestinian national movement adopted a political strategy that was predicated on the establishment of a single democratic state for Christians, Muslims and Jews. Alas, political expediency impelled late Palestinian leader Yasser Arafat and the Palestine Liberation Organization to shift tactics, settling for a Palestinian state that would, in theory, be incrementally established in disconnected parts of the Occupied Territories — Gaza, Jericho, West Bank Area A, B, and so on.

Even the latter idea, which was most unfair to Palestinians, was still rejected by Israel, and Netanyahu’s latest annexation scheme is proving to be the final nail in the coffin of the two-state solution. Since it is no longer workable, Palestine and Israel are left with two options: A protracted, racist and violent apartheid state or coexistence in a modern, democratic and secular state governed for all its people. The democratic and sustainable choice should be obvious, even to politicians.