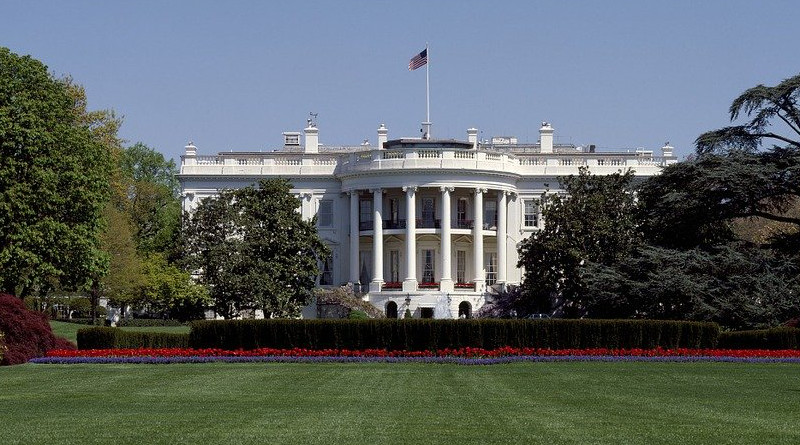 (RFE/RL) — Kosovo Prime Minister Avdullah Hoti said his meeting with Serbian President Aleksandar Vucic on September 3 at the White House was a “big step” toward concluding an agreement between Kosovo and Serbia.

But Vucic objected to what he said was Kosovo’s effort to force Serbia to recognize the independence of its former territory, and it was unclear what to expect from the second day of talks scheduled to take place on September 4.

Hoti told reporters that regardless of what was discussed on the first day, Kosovo’s goal is mutual recognition, adding, “Today we have taken one big step.”

“I can assure you one thing. Harmful and unacceptable agreements on Kosovo have never and will not come from the White House,“ Hoti said.

Vucic said he objected to a document that “contained an article about recognition” presented during the talks.

“We thought it should not be in a document about economic normalization, that we couldn’t accept it. People from the Trump administration listened what we had to say, they were fair and I believe that in other documents that article is no longer there,” he told reporters after the session ended.

He thanked the American hosts for “being ready to hear Serbia’s objections.”

“We will see if we will be able to reach an agreement,” he said.

Earlier in the day, Richard Grenell, the U.S. special envoy for Serbia and Kosovo negotiations, said that it was “not true” that he had presented Vucic with a document to sign regarding Kosovo’s independence.

Hoti also said “great progress“ had been achieved on economic cooperation. He did not provide details, but said the second day of talks on September 4 will include an announcement.

The U.S. National Security Council characterized the talks as a “very good round of discussions.” White House national-security adviser Robert O’Brien said on Twitter after the talks that the leaders of Kosovo and Serbia made “real progress.”

The United States has stressed that the talks focus on economic development and job creation, a special adviser to U.S. President Donald Trump said on September 1 during a background call with reporters.

The official said tackling political disputes between Serbia and Kosovo has failed to yield results, and the United States aims to focus on tangible economic issues that will help people on the ground.

The official said the United States is also focused on implementing the air, rail, and motor agreements between the two sides that were already reached.

Ethnic Albanian majority Kosovo declared independence from Serbia in 2008 in a move rejected by Belgrade.

Both Kosovo and Serbia, which aspire to join the European Union, have been facing mounting pressure from the West to reboot negotiations.

Washington stepped up its involvement in Serbia-Kosovo negotiations last year in a process that runs parallel to nearly a decade of EU-mediated normalization efforts.

The EU-brokered talks have produced multiple agreements seeking to normalize relations in the region, although many of them have not been implemented.

In July, Vucic and Hoti held their first face-to-face negotiations in 20 months under an EU-mediated dialogue process after Kosovo lifted import tariffs on Serbian goods.

At those talks, the two sides focused on issues of missing and displaced persons as well as economic cooperation.