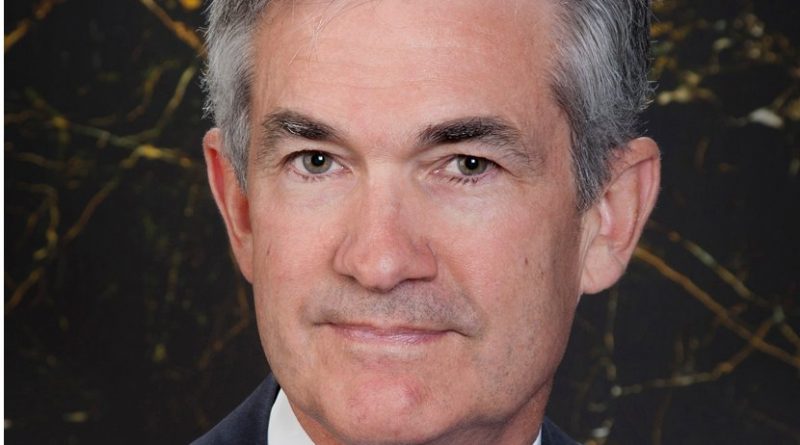 Is it time to bid farewell to Jerome Powell, the head of the Federal Reserve System? It has been a raucous term since he was first nominated by former President Donald Trump in 2018. But several interest rate cuts and $5 trillion in new money later, the time has come for the current administration to consider nominating Powell yet again or finding a suitable replacement. The progressive wing of the Democratic Party, led by Rep. Alexandria Ocasio-Cortez (D-NY), smells blood in the water and would rather opt for the latter as they push for a far more radical successor to reshape the U.S. central bank into The Squad’s image. If President Joe Biden caves to the socialists, the Eccles Building might need to etch Admiral David Farragut’s famous saying into its concrete: “Damn the torpedoes! Full speed ahead!”

The Squad Makes Its Demands

Reps. Ocasio-Cortez, Rashida Tlaib (D-MI), and Ayanna Pressley (D-MA) issued a joint statement to Politico, demanding that Powell be replaced with someone who will make climate change and racial justice key components of monetary policy, much like the European Central Bank’s (ECB) set of new mandates. The trio of lawmakers lauded Powell for heading toward full employment in the post-pandemic economy. Still, they are requesting the president appoint an individual to reduce climate risks and ensure the financial system is safe.

Under his leadership, the Federal Reserve has taken very little action to mitigate the risk climate change poses to our financial system. At a time when the Intergovernmental Panel on Climate Change is warning of the potential catastrophic and irreversible damage inflicted by a changing climate, we need a leader at the helm that will take bold and decisive action to eliminate climate risk.”

It is unclear if AOC and her colleagues will get their way. Powell has received broad bipartisan support, including from the likes of Sen. Dick Durbin (D-IL) and Sen. Steve Daines (R-MT), since arriving to Washington in 2012 when he was initially nominated to the Board of Governors by then-President Barack Obama. The young progressives refrained from naming a specific candidate. President Biden is anticipated to announce his pick as early as next month as Powell’s term finishes in February. So, who are some of the most likely choices to helm the most powerful institution in the world today?

The consensus in the Swamp and on Wall Street is that the White House will tap Lael Brainard, the former Under Secretary of the Treasury for International Affairs and current administrative governor at the central bank, as the 17th Chair of the Federal Reserve. As Biden was forming his administration, it was widely expected that Brainard would be appointed as the Treasury Secretary, which went to former Fed head Janet Yellen. It now makes sense as to why he made this decision: Brainard will likely succeed Powell.

Would AOC and her friends endorse Brainard? While both parties share the objective of money printing, Brainard is more of the establishment type pick, much as Powell was during the Trump era. Stephen Stanley, the chief economist at Amherst Pierpont Securities LLC, told Bloomberg in September 2020 that the markets would be relieved if Biden selected Brainard as his Treasury chief since she is viewed as a moderate. But, as the late Robert Wenzel, editor and publisher of the Economic Policy Journal, noted at the time: “She is an establishment elitist apparatchik.”

Brainard has been deeply entrenched in the Swamp with a flair for Keynesian economics. She earned her doctorate in economics from Harvard, where a committee member was the incomparable Paul Krugman. Her mentor was Larry Summers. She served on the National Economic Council, spent several years at the Brookings Institution, and enjoyed stints at McKinsey and MIT. Also, her husband, Kurt Campbell, is the current U.S. coordinator for Indo-Pacific affairs on the National Security Council.

Brainard has captured some media attention in recent months as she attempts to differentiate herself from Powell. For example, Brainard recently declared that she would adopt a greater regulatory approach to fend off asset bubbles that the central bank helped create, although Brainard has fully supported the enormous money expansion. Like her occupants in Washington, she admitted that she got it wrong on inflation but reiterated the “transitory” line to the Aspen Economic Strategy Group.

Whether she gets the nod from The Squad remains to be seen. Either way, Brainard is a danger to the health of the U.S. economy and the purchasing power in your wallet – and, perhaps, your privacy. Despite her initial rejection of a central bank digital currency (CBDC), Brainard appears to be the most bullish on a digital dollar, telling the prestigious organization that “there is urgency around the issue,” adding that digitizing the dollar is necessary for “a sustainable future.”

A mad money printer mixed with statist tendencies? The United States may miss the days of Helicopter Ben, Yellin’ Yellen, and the Powell Putsch.

Fed Chair Jerome Powell might have had the most disastrous term in recent history. Before the COVID-19 public health crisis, Powell caved to political pressure and slashed interest rates to support the stock market and keep the economy afloat. Then, during the coronavirus pandemic, he produced trillions of dollars, slashed rates to nearly zero, acquired exchange-traded funds (ETFs), and altered how the century-old entity responds to inflation. That said, as Biden installs his man or woman from the Swamp, it is essential to remember that it is not the person who helms the Fed – it is the entire system that is problematic to the financial stability for households across the country.