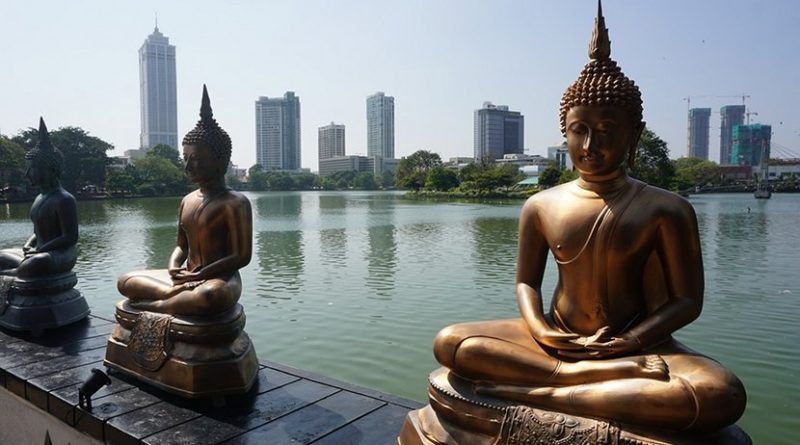 The recent passing away of Mangala Samaraweera, a former minister and senior neo-liberal politician, is expected to have an impact on possible future political scenarios in Sri Lanka. He played a pivotal role in electing three former presidents in the country and was probably the most senior (active) politician who espoused neo-liberal ideologies.

It is a coincidence that Samaraweera passed away at a time the present government is reaffirming its policy direction towards dirigism. The government is stubbornly refusing to seek IMF assistance to overcome probably the worst economic crisis in history. The majority of Sri Lankans have joined top officials like the current Central Bank Governor W. D. Lakshman in slamming neo-liberal policies which are often labeled as anti-patriotic.

Samaraweera had recently launched a new political movement to build a new force targeting the younger generation. He called the government and the opposition two sides of the same coin – suggesting both the ruling Sri Lanka PodujanaPeramuna (SLPP), and the opposition Samagi Jana Balawegaya (SJB) share the same ideologies regarding the direction the country should be heading.

Neither SLPP nor SJB has a major reform agenda to break out from Sri Lanka’s endemic economic problems, which are deeply rooted in the country’s inability to earn enough foreign inflow to sustain itself and to bring in sound fiscal policies.

The decline of neoliberal policies

The weakening of the neo-liberal ideology hastened after the military defeat of LTTE in 2009. However, the most fundamental contributor to the decline appears to be a lack of politicians with experience (as opposed to education), and leaders with valor.

Samaraweera belonged to a generation of politicians like former President Chandrika Kumaratunga and former Prime Minister Ranil Wickremesinghe who espoused liberal ideas and believed in reforms.

Wickremesinghe’s United National Party (UNP), which introduced a major economic policy overhaul in the 1970s, has now become a political non-entity. UNP was considered a party with a neo-liberal outlook, but it did not have much opportunity to govern the country so that its present leaders could become experienced. His lack of interest to groom the next generation of leaders led to the ultimate demise of the UNP and its plans for reforms.

However, President Kumaratunga not only implemented the second wave of reforms during the 1990s, but also groomed a generation of liberal-minded and experienced politicians – including Samaraweera and former President Mahinda Rajapakse – and also state officials. But many of the experienced politicians, and officials with liberal ideology, are now dead or retired. Kumaratunga’s track record of transforming a political party with roots in leftist policies into pro-capitalist party itself was a liberal move.

Sri Lanka returned to a brief liberal policy regime during the 2015-2019 government under United National Front for Good Governance (UNFGG). Interestingly Kumaratunga, Samaraweera and Wickramasinghe played key roles in this government. Unfortunately, UNFGG was a bigger failure due to poor policy implementation and misguided priorities.

Many predict that the global economic policy landscape will take a new look post a Covid-19 world – partly driven by expected changes in many governments. Nevertheless, countries like Sri Lanka will face severe social and economic distress needing far-reaching reforms to overcome inherent weaknesses in the economic structure, which was exposed during the Covid-19 pandemic.

However, Covid-19 is not the main cause of Sri Lanka’s current economic woes. Economic development programs of many previous governments did not adequately focus on the need to develop sustainable foreign inflow to the country. Many policy regimes were focusing on short-term remedies to overcome the endemic balance of payment problem – similar to the present government’s effort to bridge the fast-expanding trade deficit with FDIs.

Sri Lankans are increasingly becoming dissatisfied with both the current government and its main opposition – both new political alliances. Perhaps Samaraweera was aiming to capitalize on this growing dissent by forming a new political force which was to have a liberal outlook.

*About the author: The writer is a Sri Lanka-based independent consultant in private market investments and projects. The views expressed are personal. He can be contacted at [email protected]

Source: This article was published at South Asia Monitor