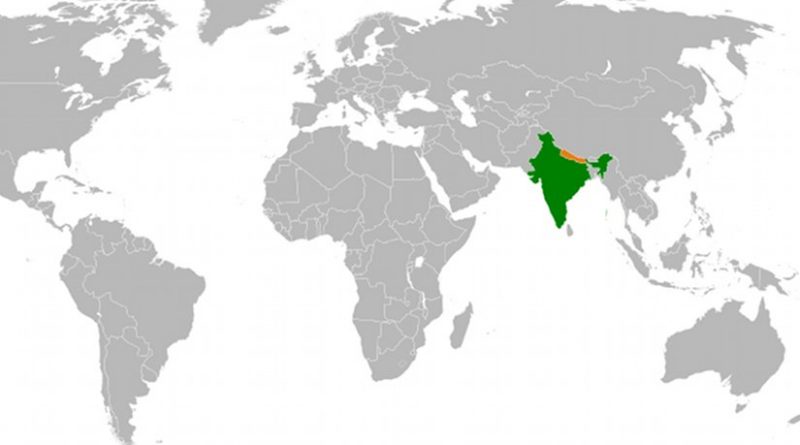 It is a pity that the agitation by the Terai-Madhes groups has finally resulted in India-Nepal Relations taking a nose dive, thanks to messy handling from both sides.

What is worse, the Nepal media save one newspaper as well as many political leaders in Nepal have taken to “India bashing”- though India had nothing to do with the deteriorating law and order situation in the south as well as the deteriorating economic situation in the valley due to shortage of essential supplies. With the supply of fuel restricted to odd and even numbers and later total stoppage of supplies to private vehicle owners for a few days, the people in the valley are justifiably angry and the political leaders who were responsible for the situation are not helpful either in blaming India alone when they are equally responsible for this situation.

Kathmandu streets are empty. The shops and restaurants which were having good business are seen to be without customers. In view of transport difficulties attendance even in Pasupathinath temple is thin.

K.P.Oli who is tipped to be the next Prime minister in the next few days, accused India in very strong words of deliberately blocking vital supplies. He said that the Indian Government rather than the protestors on the border are responsible for the blockage in an “unofficial protest” against Nepal’s adoption of the new constitution. Oli in view of his impending elevation could have been little more diplomatic in making such statements. It helps no one, not even Nepal!

In a Press Conference, the Indian Ambassador declared that there “is no embargo.” He said that at no check point cargo vehicles have been barred from entering Nepal. He once again clarified that the so-called demand of seven points was not India’s and reiterated that India has no position on the specifics of Nepal’s constitution.

Nepal’s Ambassador to India had also remarked that they do not have a basis to call it a blockade.

Unfortunately, the impression gained in Nepal on the other hand is that India is fully supportive of the demands of Terai Madhes and while there is palpable anger in the north, the protestors perhaps appear to be encouraged to continue their agitation with more vigour. In this situation, the fear is that while the top three triumvirate, the NC, UML and the UCPN (M)are willing to relent on some of the critical issues on the constitution, the position of the Terai-Madhes leaders may get hardened. This will only result in more hardship to the whole country and not to any particular region!

It is my view that while there may not be any permanent damage to Indo Nepal relations as the stakes are too high for both sides, internally Nepal is now deeply divided between the people of the hills and the Terai Madhes- thanks to the insensitive new constitution which took both the Terai-Madhes and the Janjathis for granted. This division thanks to the political leaders of both sides is now very deep and cannot be restored in the near future!

There are some positive developments in the last few days that should be welcome.

Firstly, the top three parties appointed three representatives, one each to get in touch with the Terain leaders to find a solution. The three- Narayan Kaji Shrestha, of UCPN (M), Agni Prasad Kharel of UML and Mahesh Acharya of Nepali Congress have already met many of the Terain leaders and the outcome is being described as “positive.”

The UML according to media reports has come out with some suggestions on the twin issues of constituency delineation and proportional representation of marginalised groups. These seem to be broadly consistent with demands made by the agitating parties.

Province no. 2 perhaps represents Terai less the five districts of Sunsari, Morang, Jhapa, Kailali and Kanchanpur, while no. 3 represents Kathmandu valley and its environs.

The Terai leaders say that this proposal does not address the most crucial and controversial issue of the delineation of the Terai State which is deprived of five Madhesi dominated districts.

To conclude, the downward trend in Indo Nepal relations need to be arrested and it can be done. This can be compared to a person having frequent cough and cold that goes off with or without medication. But what is worrying is the trend within Nepal of one country developing into two nations. This has to be addressed immediately.