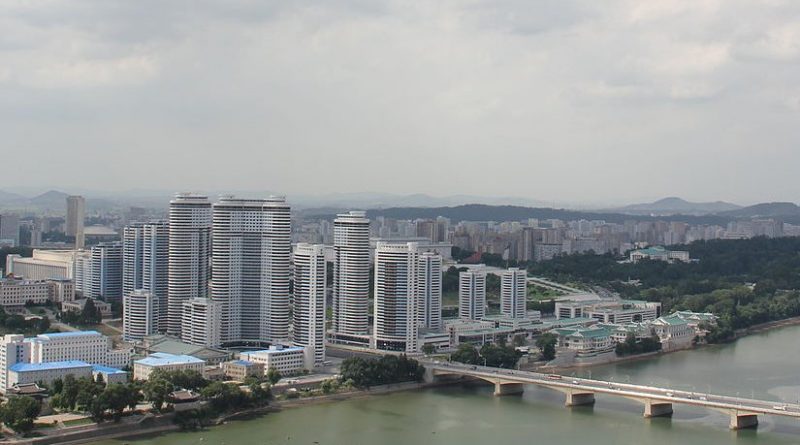 Authorities in North Korea are restricting access to the capital Pyongyang in the lead-up to next week’s 70th anniversary of the country’s ruling Workers’ Party in an apparent bid to ward off disturbances that might affect celebrations, sources said.

According to an order that went into effect on Thursday, individuals and vehicles coming from provincial areas are prohibited from entering the capital until after the Oct. 10 events marking the founding of the party in 1945, sources in China with knowledge of the situation told RFA’s Korean Service.

North Korea has been preparing for the anniversary for months, and the celebrations in Pyongyang are expected to be the most elaborate since regime leader Kim Jong Un’s inauguration in 2012.

“The entry restriction order means that residents of areas outside Pyongyang can’t enter the capital, along with tight controls on all provincial vehicles travelling into the city—including so-called ‘service vehicles,’” one source said, referring to trucks and buses that are loaned to Pyongyang residents for private use.

“However, residents from outlying areas and vehicles that have already entered Pyongyang ahead of the restriction order are allowed to leave the capital,” he said, speaking on condition of anonymity.

A second source, located in Dandong—a city in northeast China’s Liaoning province that straddles the border with North Korea—told RFA that even the shipment of goods to the capital via international trains had been suspended since Oct. 1.

“I’ve been asked not to send any more goods and wait to request my next shipment until after the anniversary of the founding of the party,” said the source, who also declined to provide his name.

According to a North Korea expert in China, ordering the restrictions so far in advance of the anniversary was likely a bid by authorities in Pyongyang to preempt trouble during the events.

“North Korean authorities, who are preparing for the celebration of the party’s 70th anniversary in the biggest and most colorful possible way, may have wanted to nip in the bud any potential disturbances by those dissatisfied with the regime,” he said.

Other sources said that freight vehicles were temporarily suspended from using the Yalu River Bridge linking Dandong with the North Korean city of Sinuiju until late into the night on Sept. 28 after damage to the surface of the bridge caused a truck to turn over.

The sources suggested that authorities had proceeded with freight operations despite the threat to vehicle safety because of the urgent need for goods to celebrate the Workers’ Party anniversary.

According to reports, repair work on the damaged bridge was set to begin on Thursday and last through the seven days during which China marks its own 66th anniversary of the founding of the People’s Republic of China.

Reports in recent months indicate that North Korea’s regime has badly miscalculated the country’s readiness to mark the founding of its ruling party.

In September, sources told RFA that handlers have failed to pay several months of salary to North Koreans sent to China to bring in cash for the regime under the pretext of securing funds for the anniversary.

A month earlier, sources said the regime issued a directive for each household in the nation to pay around 40 yuan (U.S. $6.30) for People’s Army soldiers who are training for a military parade and helping to build new construction projects ahead of the celebration.

Also in August, sources told RFA that authorities in North Hamgyong province were punishing misdemeanors—such as riding bicycles without bells—with labor duty as they race to complete unfinished development projects before Oct. 10.